DailyOh! How India lost 22 jawans in Chhattisgarh, to how Charu Mazumdar was nabbed in 1972

The thing about beginning on a Monday is that you have to cover the uncovered ground from Saturday and Sunday. The news from the ground on Saturday anyway has had a ripple effect spreading to Monday. Yes, the news of the death of 22 jawans of the security forces after Maoists laid out a U-shaped ambush in Chhattisgarh.

It has now become clear that the forces received information that two dreaded Maoists Madvi Hidma and Sujatha were present in the Jagargunda-Jonaguda-Tarrem belt. As the security forces moved in, they realised that some villages on the way had been evacuated. About 2,000 personnel from six camps kept moving in, ignoring the warning signs. No sooner had one of the teams reached the area where intel suggested the targets were hiding, then they found over 400 Maoists firing at them from all sides. The extremists had tactical advantage and so 22 men lost their lives, even as one went missing and over 30 others sustained injuries. In hindsight, it appears that the intel was false and part of the trap to get the security forces to the point where they could be attacked.

Trust all political parties to attack each other over each such attack. The BJP has called it a failure of state intelligence. The state has called it a failure of national intelligence. On the receiving end of BJP’s attack is Chhattisgarh CM Bhupesh Baghel because he continued with his campaign. The Congress and parties opposed to the BJP have blamed Union Home Minister Amit Shah’s campaign blitz from Tamil Nadu to West Bengal for the attack. With the attacks continuing, both Shah and Baghel today held a meeting with other senior officials to chalk out a future strategy. Not their campaign strategy, but a strategy to take on Maoism and punish the Maoists for Saturday’s ambush.

The man who gave the world Maoism, Mao Zedong, died in 1976. But India’s own Mao, Charu Mazumdar, died in 1972. Mazumdar, you might know, dropped out of college in pre-Independence India to work in the peasant movement. What’s wrong with that? His ways were violent. In 1967, he organized a militant peasant movement in Naxalbari along with comrade-in-arms Kanu Sanyal. The Indian security establishment succeeded in getting to Mazumdar on July 16, 1972. The arrest operation was led by Ranjit Guha Niyogi, a sub-inspector back then. Niyogi led a team at 3 am on July 16 to a slum at Muraripukur in eastern Calcutta, where Mazumdar was hiding. Seeing the police approach, Mazumdar and his men opened fire. Braving the firing, Niyogi crawled his way to the slum. He had Mazumdar arrested soon enough and lodged in the Lalbazar lock-up, a feat which won Niyogi the Police Medal. On July 28 at 4 am, Mazumdar suffered a heart attack in his lock-up and died. As a matter of coincidence, the lock-up had achieved a reputation for some very cruel tortures across the country by then. 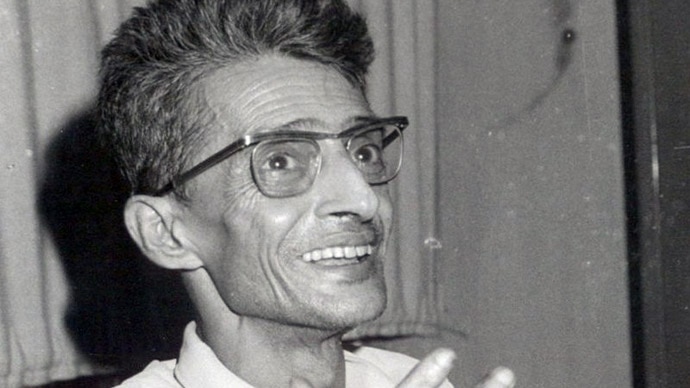 Mazumdar, according to the state, was a proponent of violence. The same violence that Manmohan Singh described as the biggest threat to India’s internal security. The same violence which saw 22 security force officials killed in an ambush on Saturday.

The word ambush, the Word Of The Day, comes from Old French word embusche, basically meaning ‘to place in a wood’. In Middle English, ambush meant ‘place troops in hiding in order to surprise an enemy’. In warfare, ambushes are believed to be of three kinds - point ambush, area ambush, and anti-armour ambush. A point ambush has a single killzone. An area ambush has multiple killzones. An anti-armour ambush is actually a point ambush but the assault element has armour defeating weapons, such as AT-4s and Javelins.

Talking of wars and weapons, let us talk about the Rafale, the latest addition to India’s armed forces. It has now been alleged that Dassault paid 1 million euro (Rs 8,61,20,000) as 'gift' to an Indian middleman in the Rafale deal. When was the payment made? In 2016. The French Rafale manufacturer apparently agreed to pay the money after the signing of the Indo-French contract. Who gives a gift that expensive? Dassault reportedly tried to justify "the larger than usual gift" with a proforma invoice from a firm called Defsys Solutions. Defsys is one of the subcontractors of Dassault in India linked to controversial businessman Sushen Gupta.

The cat is out of the bag and now expect the dogs to go behind the cat with a lot of barking and meowing going on over who got what and who got caught. After the noise turns into a din, expect also the announcement of an inquiry.

When that happens, we will tell you it has happened. The message tweeted by Akshay Kumar.

Jaya Bachchan ji is the right answer. The ji has been added because the actor-turned-politician is the most likely among the lot to take offence att not being referred to as ji. But that ain’t the oddity here.

Jaya Bachchan is the only one among the lot who is not confined at the moment. The second wave of corona has hit high enough to reach the stars. It has however, for now, spared the Indian Premier League (IPL), because Maharashtra minister Nawab Malik has said IPL matches will go on as per schedule. The matches would have catches but no crowds so it might be safe to let the game begin.

But Maharashtra has announced a Saturday-Sunday lockdown topped with a night curfew over weekdays. Jaya Bachchan ji would spend her weekdays from Monday to Thursday in Bengal campaigning for Mamata Banerjee and her party candidates. Jaya ji’s schedule has nothing to do with the lockdown plans of the Maharashtra government though.

She also has nothing to do with the resignation of Anil Deshmukh as Maharashtra Home Minister. Charges against Anil Deshmukh levelled by former Mumbai Police Commissioner Param Bir Singh will be probed by the CBI. The Bombay High Court has given the CBI 15 days to get done with the probe. The CBI can’t probe a case against the state Home Minister with the Home Minister remaining in his position because there is also that question of probity.

So, Deshmukh met Chief Minister Uddhav Thackeray and tendered his resignation. He also told his party leader Sharad Pawar that he doesn’t want to remain in his position and so his party also requested Thackeray that his resignation be accepted. If you are wondering why this should need a request and didn’t Uddhav ask Deshmukh to resign on his own, we join you in the wonder world.

If the Maharashtra government is firefighting the hafta vasooli embarrassment and Covid surge, Uttarakhand is battling 40 active forest fires. Indian Air Force is helping douse the fires. In Tamil Nadu, politics is on the boil without any fire with VK Sasikala’s name gone missing from the voters’ list. AMMK claims the name hasn’t gone missing but it is a case of enforced disappearance. So Sasikala can’t now vote for herself and that wouldn’t matter because she isn’t even contesting. But she can’t even vote for AMMK, her nephew TTV Dhinakaran’s party.

If the political heat is getting to you, cool it with a movie. Our recommendation: Ulladakkam (1991). Why should you watch a movie made in 1991 today? Well because the movie was scripted by P Balachandran, who died today, after months of illness.

With that we will take your leave for the day.

Also Read: How vicarious songs came to the aid of bashful actors in Hindi films