Former CJI Dipak Misra says marital rape should not be an offence. Here’s what Mishraji doesn’t know about this crime

Let’s get real. Family values are a joke. Wives in India are treated as slaves. For sex and more.

I am Sreemoyee Piu Kundu. I write books for a living and since that doesn’t pay, I also write columns on a subject that is very close to my heart — women and sexuality.

On April 9, a woman in Jaipur, whom I shall refer to in this correspondence as Neeti, sent me a shocking web article where you have stated the following: “I don’t think that marital rape should be regarded as an offence in India, because it will create absolute anarchy in families and our country is sustaining itself because of the family platform which upholds family values.” 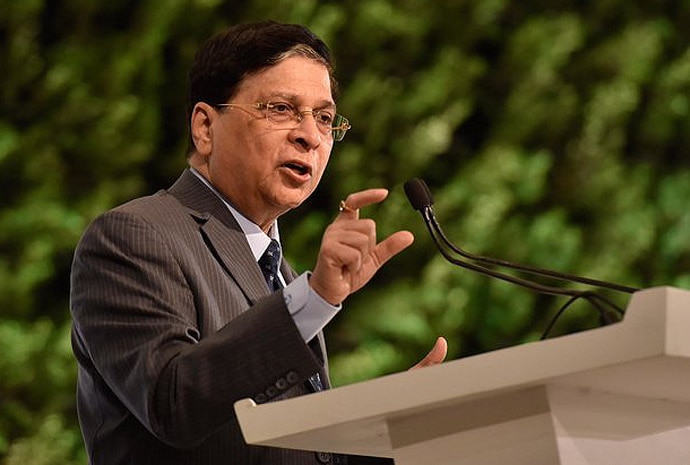 Former Chief Justice of India Dipak Misra says if marital rape is recognised as an offence, it will create anarchy. (Source: Twitter)

At first, Mishraji, I thought this was fake news, being spread perhaps by rabid right wingers for whom 'family values' are defined by men in khakhi shorts or in saffron robes. Allow me to refresh your perhaps overcrowded memory. In 2015, Unnao MP Sakshi Maharaj had stirred a hornet’s nest by declaring unequivocally on behalf of all Indian women that they should produce at least four children to protect the oldest religion in the world — Hinduism.

What baffled me then — as it does now — is how a man who should be celibate, according to the sacred rules of sanyas, as defined by this great religion, was so brazenly talking to women about procreation?

I mean, shouldn’t his thoughts be satwik? As in, the kinds that taking sanyas and eating shuddh shakahari bhojan should naturally bring forth?

And let me also draw your kind attention to Vishwa Hindu Parishad (VHP) leader Sadhvi Prachi who, in the same year, stoked controversy by reportedly saying that women having more than two children should be barred from casting votes. In 2016, she added more, apparently now going on to advise Muslim women that they should forsake their religion and say, I love you to Hindu men,

“I would like to advise those (Muslim) sisters who are troubled by this practice of talaq, to simply leave such a religion and embrace Hinduism... Our Hindu sons will be happy to marry you.’’

Mishraji, no one forgets a woman saying I love you, right?

That too, to other women!

My heart fluttered just for a second. Homosexuality — another dirty, derelict, abnormal practice.

But, heck, okay, I can talk freely now that Section 377 has been decriminalised, in a landmark judgment — and that too, during your tenure as chief justice.

You know that’s why I checked if the online piece Neeti sent me was indeed a hoax.

I mean, I did have so much reverence for you, Mishraji. Like Neeti did. Neeti — who was married at 16 to a man three times her age, in a perfunctory business deal by her Marwari businessman father who had three obese and unqualified daughters to wed. Neeti — who was raped by her husband on her wedding night itself, her hands tied to the bedpost, as he whipped her breasts and stomach, before turning her around and massaging his privates over her back and buttocks, hoping to achieve an erection which he couldn’t, before he slapped her hard many times thereafter, passing out drunk over her naked, whimpering body, urinating on her sex.

Neeti — who, at 20, and after she failed to conceive, was paraded to a Guruji who would 'bless' her womb — and who, under the guise of religion and holy hocus pocus, raped her, albeit with the consent of her in-laws, aided by Neeti’s own shameful silence and her fear of being labelled a ‘baanjh’, and the promise that so many Indian daughters make secretly when they throw a fistful of rice over their shoulders, leaving the lakshman rekha of her parent’s home and becoming what is her destiny — paraya dhan. Never to return — come what may.

Mishraji, you are a man of the law, much more learned than someone like me — a woman in urban Indian who was also sexually violated by a man she deeply loved at the age of 23, who literally forced himself on her, when she was emotionally unprepared, and feared saying no to her first sexual experience might mean the end of her love affair that she then dreamt, like most Indian girls my age do — that consent is negotiable.

Where speaking up always comes with dire consequences.

How could you then — coming from your prestigious position as ex-Chief Justice — make such a regressive statement, whereby I am forced to ask you on a public forum, just how you think sexual abuse/violence perpetrated on a woman by her husband is any less brutal than triple talaq or the issue of polygamy, which the present government seems to have been so concerned about? Countless women suffer in silence after being raped by their husbands. Why? Are they slaves? (Source: Reuters)

Let me draw your attention to a survey conducted by the International Centre for Research on Women (2011) which claimed that nearly 20% of Indian men reported at least once having carried out sexual violence against a female partner.

In another study by the National Health and Family Survey (NFHS-4) for 2015-16, 5.6% women have been reported as victims under the category of ‘physically forced her to have sexual intercourse with him even when she did not want to’.

Mishraji, if this were a populist Bollywood film, and if I were a feminist star like Kangana or Tapsee Pannu in Pink, I would ask you, pointedly, “Kya aap ke ghar mein ma, behn, beti nahin hain?” But since I am a woman who has faced extreme violence in relationships and because I interviewed a woman like Neeti, whose hair-raising story of exploitation at the hands of her legally wedded husband and organised religion, I will bring up here the Justice Verma Committee formed after the horrifying rape of December 16 in 2012, which had a clear goal — to strengthen anti-rape laws in the country.

The committee had suggested strongly that the exception for marital rape be removed, adding, and I quote: “The fact that the accused and victim are married or in another intimate relationship may not be regarded as a mitigating factor justifying lower sentences for rape.” The committee had furthermore also highlighted the recommendations made by the CEDAW Committee in respect of India in 2007 which asked for “wide[ning] the definition of rape to reflect the realities of sexual abuse experienced by women and to remove the exception of marital rape from the definition of rape”.

However, though the majority of recommendations of the Verma Committee was incorporated, the proposition to criminalise marital rape failed to find a footing in the Criminal Law Amendment Act 2013.

Without sounding like a legal hack, which I am not, Mishraji, I now ask you, woman to man: since you made your statement addressing a bunch of legal students who some day will sit in positions of influence and power in various courts in my country, can a man ever know the trauma, the horror, the agony and societal shame of a sexually violent crime such as marital rape?

Or why women must silently suffer this indignity?

Has an Indian man ever known what it feels like to be physically mauled, to be fondled desperately, to be treated like an animal, to be urinated over or filmed sans her approval — in the darkness of a room that still reeks of stale mogras from her suhaag raat — the national day for losing one’s well preserved and extremely valuable national treasure — virginity.

And lastly, coming to the point on 'family values' — what exactly do you men mean by this, Mishraji?

Besides, elected senior legislators do this in Parliament. So.

We are staring at yet another Lok Sabha election meanwhile. I use the word 'staring' because that’s how hollow I feel. The same way I felt when the BJP government releases an election manifesto that goes gung ho on Islamic marital practices — but fails miserably in taking a tough stand on gender violence and subordination of women in other marriages.

C’mon, Mishraji, you know this selective sympathy is just for political wins.

Retired legal heads who once guarded our Constitution, to whom we women are directed to, to whom we look at with fractured hope and painful irony, what makes you think that a woman is the property and chattel of her husband or any man, for that matter?

That if we are beaten and exploited, we must keep silent and remain sane and never report it, for fear of social ostracisation, the way Neeti did, the way I was scared to talk about it. What makes men so sure of our values of family that they rape us again and again and again, deceptively packaging even dastardly crimes like child sex abuse. For generations. That impunity this gives, a fake sense of bravado and machismo to the sexual predator on the street, in a darkened alley, in a swanky boardroom or in a plush high-rise — to rape the woman he thinks he is master over. Whose body is his territory.

To terrorise and torment and taunt and taint.

'Family values' are a joke.

As is this constant cross-reference to our pracheen sabhyata. And let’s remember the last word. In this country where hordes of Indians fast for nine days for a potent Mother Goddess, every seven minutes, one more Nirbhaya is created. Many more Nirbhayas? India's rape laws were made more stringent after 2012's case. But they still don't go near marital rape. (Source: PTI)

One more Nirbhaya is cast into a statistic.

For her fear of speaking up.

Yours too, respected Mishraji.

Also read: Do you think marital rape isn't a crime? Here are five reasons why you are wrong