Masood Azhar is in Pakistan: How 'Einstein's theory of insanity' comes back to bite Imran Khan

If Masood Azhar is ill, dear Pakistan, you are neither fit.

Pakistan's Prime Minister Imran Khan recently talked about Einstein’s 'Theory of Insanity' in his speech in the National Assembly during a joint session of Parliament.

The theory goes like this: Insanity is doing the same thing over and over again — and expecting different results. His case in point was India’s, especially the present government’s, approach to solving the Kashmir issue. He also recounted his experience of attending conclaves in India 20 years ago when he felt that Kashmiri leaders were with India — but apparently, now they are not. So basically, in his view, India is not trying anything new in the Valley but expecting amazing results. This was what Imran Khan meant and suggested that Indians need to ponder on this point.

But, in a strange turn of events, just a few hours later, the same parallels could now be drawn on Pakistan’s blueprint for uprooting terrorism from its soil. Pakistan and all its political parties are apparently committed to fighting against terrorism.

How? By providing a safe haven to an apparently infirm Masood Azhar.

The same Masood Azhar who is spearheading terrorist outfit Jaish-e-Mohammed (JeM) — the most wanted terrorist in India, the mastermind behind the brutal and dastardly Pulwama attack.

In an exclusive interview to CNN’s Christiane Amanpour, Pakistan’s foreign minister Shah Mahmood Qureshi admitted that Masood Azhar is indeed in Pakistan, according to his information. The 50-year-old terrorist is apparently so unwell, he can’t come out of his house. This in-depth information makes it crystal clear how the Pakistan government is closely monitoring Masood Azhar’s whereabouts and health.

Will his government now go after him?

This is what the minister says:

“We will be open to any step that leads to de-escalation. If they have good, solid evidence, please sit and talk. Please initiate a dialogue.”

The minister went on to lay down certain conditions including: if India gave Pakistan evidence acceptable to the courts of Pakistan. “After all, we will have to justify… inalienable evidence so that we can convince people and the independent judiciary of Pakistan.”

Welcome to the empire of ‘Tipu Sultan’!

For those who missed the analogy, let’s go back to the truly incredible speech of Imran Khan. As he pointed out himself, he is no coward.  Giving back IAF pilot Abhinandan Varthaman is not a signal of weakness, he said to the Opposition in Parliament — it is a peace gesture. There were two kings, recounted Imran Khan — Tipu Sultan and Bahadur Shah Zafar. Pakistan under Imran Khan worships Tipu Sultan, as in, his theory that death is better than slavery.

Of course, at this, there was a great round of applause inside Parliament. 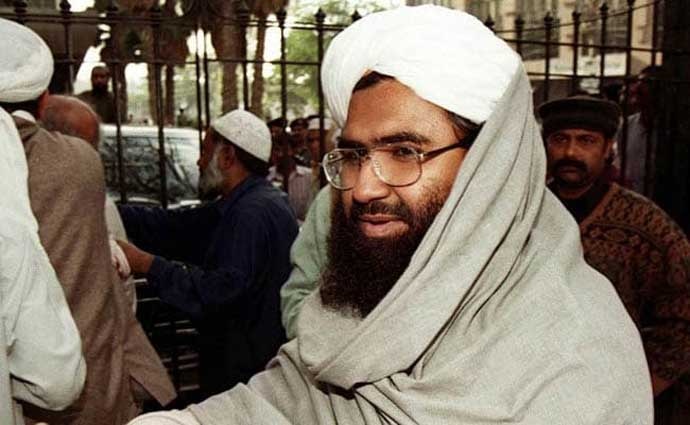 But when it comes to Masood Azhar, Pakistan chooses the illness called state-sponsored terrorism. (Photo: Reuters)

But all these braveries collapsed like a pack of cards the moment Imran Khan's foreign minister informed the world about the failing, flailing health of Masood Azhar.

The world is guffawing after hearing such phrases emanate from the noble representatives of Pakistan.

Their theories of sanity and insanity aside, this much is clear. If Masood Azhar is ill, dear Pakistan, you are not fit either.