The Maternity Benefit (Amendment) Act that came into effect in April last year, had been hailed as “a step forward” when it had been tabled before the Parliament, and had been praised for “making India proud around the world” and “bringing women in workforce closer to workplace equality”. This is because the Act, among other things, increased the paid maternity leave available for women workers from the then-existing 12 weeks to 26 weeks, as well as made it mandatory for every establishment with at least 50 employees to provide crèche facility for working mothers among its employees.

While these provisions seem, on the face of it, progressive and women-friendly, two recent independent surveys conducted about the impact of the Act on Small and Medium Enterprises (SMEs) and startups that were published last month bring to light how the Act harms the prospects of women workers rather than help them.

What the polls say

According to a survey conducted with 350 start-ups and SMEs by leading employment services company TeamLease Services, slightly more than a quarter of all respondents expressly admitted to prefer hiring male candidates as employees, while two-fifths of the rest of respondents claimed that they will consider the additional cost of the paid maternity leave while hiring women employees. 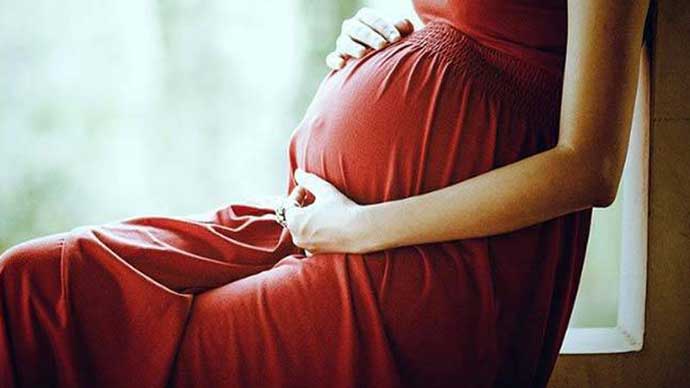 Additionally, a staggering 35 per cent of all respondents also revealed that they see the impact of the Act as negative on both costs and profitability. Photo: Reuters

This means that 66 per cent, that is, two-thirds of all respondents disclose that the maternity benefit law adversely impacts their hiring against women candidates in some way. Only 22 per cent of the respondents declared that the new maternity leave provisions won’t impact their hiring decisions at all. Additionally, a staggering 35 per cent of all respondents also revealed that they see the impact of the Act as negative on both costs and profitability.

The survey by citizen engagement platform LocalCircles gives similar results. From among the 2987 respondents belonging to the SME and start-up sector, 11 per cent admitted to having hired only male employees over the last one year since the Act came into place, and a further 43 per cent admitted to having hired mostly male and a few women employees in the same period. This means that a clear anti-women bias crept into the actual hiring practice of well over half of all respondents ever since the Act came into place. How ironic, that an Act which was meant to benefit women workers has ended up reducing their likelihood of being employed in the first place!

The Act, as well-intentioned as it may be, is a classic case of the law of unintended consequences. Ill-thought out government regulation often imposes perverse and unforeseen consequences that far outshoot any potential benefits. This was perhaps first (and best) explained by the liberal French economist Frédéric Bastiat in his essay "What is Seen and What is Not Seen" thus:

There is only one difference between a bad economist and a good one: the bad economist confines himself to the visible effect; the good economist takes into account both the effect that can be seen and those effects that must be foreseen.

By increasing the period of paid maternity leave for women workers and squarely putting the entire burden of financing the paid leave on private businesses, the Parliament failed to take into account that businesses will shirk from hiring women workers because of the associated costs. By merely proclaiming an order for private businesses and expecting them to meekly follow suit as per their wishes, the Parliamentarians failed to account for effects that must be foreseen and betrayed themselves as bad economists.

It would be an easy, albeit lazy conclusion to make, from these survey results that SMEs and start-ups do not care about married women employees and their well-being. What they, and any private business, for that matter, would care about, is their revenue, costs and profits. There might be a number of businesses that care enough about their women employees who are mothers to choose to provide them paid maternity leave for 26 weeks (or even longer). The operative word here, though, is “choose”. Providing 26 weeks of paid maternity leave to women workers is certainly a socially desirable goal. Is there a way to do that without burdening businesses with the entire costs?

The best way to do that could be to fund the costs either partially or fully through public funds, rather than impose the entire liability on employers. According to a 2014 ILO report on maternity laws and practice around the world, 58 per cent of all countries provide paid maternity leave funded through social security (including fellow BRICS nations Brazil, Russia and South Africa), and a further 16 per cent countries fund the same through a mixed model where costs are shared jointly by the individual employer and the State. Only 25 per cent, that is, a quarter of all countries impose the funding liability only on the employer.

Additionally, in the period between 1994 and 2013, the percentage of countries funding maternity leave through the social security and mixed models has risen by a combined 11 per cent, while the same for countries funding it through employer liability has reduced by 7 per cent. Clearly, the trend of the State bearing some, if not all, cost of paid maternity leave has been catching on internationally.

Either ways, in the absence of support or incentives, our current maternity leave policy with their employer liability model will continue to push a lot of enterprises from hiring women. In a country with a 50 per cent gender gap in its workforce where women face entry barriers such as discrimination, fear of sexual violence and lack of skills, the last thing we need is a misguided law that deters businesses from hiring women.

Also read: My experiences as a breastfeeding, working mum in India