Why the #Metoo movement needs a credible legal framework

We have been horrified at the accusations that have been tumbling out in India. Those who stand accused must be wondering how they got there, when all they did was a bit of bantering. Didn’t that woman smoke, hang out with them till the wee hours, drinking till dawn? All that kiss-you miss-you was come-hither, wasn’t it?

#Metoo. This is a seminal moment. As reputations tumble and the pile of dirty men in white garb grows higher, it is natural to feel vindicated. It is never ever easy for a woman to step into the blinding spotlight of public scrutiny and speak about a humiliating sexual intrusion, no matter how long ago it was. 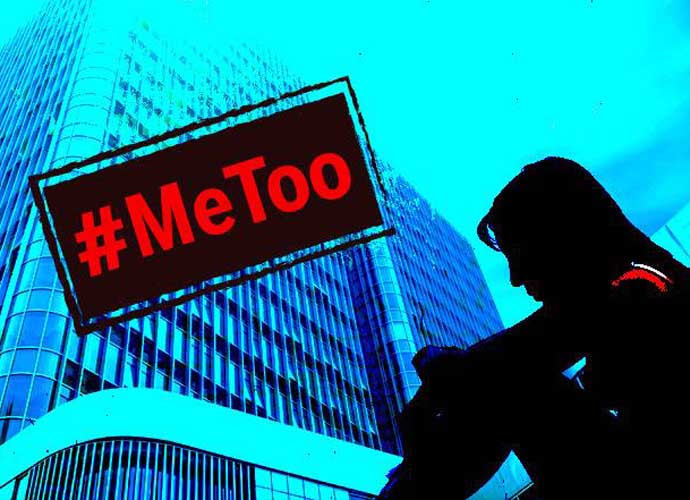 It has never been easy for women to speak up. (Source: Business Today)

She was so much younger, alone in a big city, probably with less-than-happy parents and had a lot of proving to do: to herself and to the world at large. That a man, whose byline was akin to a brand name itself, would cross sacrosanct boundaries must have been horrifying. It must have made her deeply fearful too: what to say, who to say it too? Would anyone believe her version of the story? She would have fought back her tears, bowed her head and moved on sheer willpower and inner strength. Years later, she rose through the ranks, through her talent and hard work and also grew in self-confidence. With renewed assurance, she must have come to the realisation that what happened to her was unacceptable. That there was no need to have taken it silently. ‘Nothing’ may have happened, but did it need to before it became a crime.

Here, she embarked on a surer path, of calling out the transgressor. It led to an outpouring, as if a boil had been lanced. Countless women added to the nefarious narrative. All too similar in the way the man/men had operated in their office or at home. Throwing themselves at unsuspecting women, mocking sardonically if they screamed in protest, arrogant that it was their right to do what they pleased. It was quite a kick to know that people dubbed the office as his harem.

Now, those ghosts have risen back, as on the day of reckoning. Reputations, jobs, status, all have been lost. But this is a very long-drawn-outrace. Shaming and naming will lead to just a momentary ‘Oh My God’ situation. To ensure that the fault-lines are changed, the guilty are punished, all women have to be prepared for a painful and legal fight. The law must make provisions for women to report cases of #MeToo. (Source: India Today)

Look around you. Already the defence – de fence – is going up. The simplest way out and be seen as a true blue liberal and a supporter of women rights is to denounce the accused and institute an investigation. This way the work goes on and none is the wiser. Action has been taken without any tangible result. Entertainment people have already done that. Shoots etc have been cancelled. The top guns have come out smelling of roses but has there been any justice?

What is the locus standi of these ‘investigations’? Who will decide that a particular WhatsApp message is predatory or just good fun? What if, God forbid, the defence is about being ‘led on’… Remember the ‘short-skirted girls going out at night cannot demand security’ argument? Would this then lead to a series of ‘misunderstood her’ moments? Or worse, I really didn’t mean it?

Think back to  Brett Kavanaugh's weepy diatribe and Christine Ford’s credible testimony. The defence was careful not to undermine Ford but it hit back hard with a simple shrug, that memory alone cannot be trusted. Hear those carefully crafted quotes: Ms Ford is a very credible witness. Something happened to her but we are not sure who did it. (Even though Kavanaugh was piss drunk and there were classmates remembering him as a bad drunk).

When a woman shares an episode which may not be recent, she definitely needs the protection of the law. This is something erudite lawyers can debate. For law has to be equal for all. It should have an investigation mechanism where experience and memory are admissible as evidence and a woman can prove beyond any reasonable doubt. This of course, is tricky business and can lead to those very loopholes which can let the accused fall through the gap.

Mind you, 97 lawyers will be hard at work to be able to denounce any such recollection as imaginary. It is only the law that will assist those young, unsure women who suffered at the hands of men whom they looked up to as superlative role models. There should also be caution against a public hanging of sorts – that if a person is named then he shall forever be brushed with tar. We cannot be the accused, the jury and judge. Trust the law. This will give recourse (to those who say they have been wrongly embroiled) and succour (to all those who suffered at the hands of predatory men).

That agony of being helpless needs closure and only a fair system can ensure that. If the highest court in the law can spare the time for ‘green crackers’ (which will still lead to grave pollution actually), they can always set up an impartial legal framework especially when the men are hell-bent on proving themselves innocent as memory is not ‘hard evidence’ under the Indian Penal Code. What memory needs is third party corroboration and a shared experience and there is plenty of that already.

Also read: I went to a friend’s place with a blood-soaked sanitary napkin. Guess what happened?