Most Indians, men and women, are standing by survivors.

A year ago, the #MeToo movement started in the USA and snowballed into a global call by women around the world. The thought that struck most people last year was the magnitude of the problem. On social media it was nearly impossible to find a woman that had not used #MeToo. For most women, this was an awakening. It created a stronger bond for there were many of us around the world. This wasn’t a first world or third world problem, it wasn’t a white or black or brown problem. This was everywhere and it affected everyone. For men perhaps, it led to the realisation that it wasn’t just that one outspoken friend or colleague, it was almost every woman on their timeline.

The truth is that every woman will face some kind of sexual harassment in her lifetime.

It could have been an inappropriate comment or a touch that makes her uncomfortable. It could have been those men on the side of the road staring and singing Bollywood songs that promote stalking. A very high percentage would have experienced it in the form of verbal harassment, while many others would have experienced rape. Many have died either because they were killed by their attackers, or have succumbed to the physical wounds caused by the attack. Probably all of them would go on to retain invisible psychological wounds that pop up unexpectedly every now and then. Every woman will face some kind of sexual harassment in her lifetime. (Photo: Reuters)

In 2016, NCRB data showed that 95 per cent of rape victims knew their attackers. This isn’t something faced by women alone, for there are many male victims of sexual abuse, molestation and rape. This article, however, is about the women.

In the US, powerful men were brought down after they were accused of sexual misconduct. Celebrated Fox News host Bill O’Reilly’s show was cancelled and he was fired, Hollywood producer Harvey Weinstein is was arrested, creative writing MIT professor Junot Diaz is being investigated and had to resign from the Pulitzer Prize board — these are a few among the many men that finally had to pay for their predatory behaviour.

About a year later the movement began making its mark in India. Most people were sure it was bound to fail in the country because most of the accused men were in positions of enormous power, making them almost untouchable. Yet, the shockwaves were too strong and many men, powerful or not, have been dislodged from their positions of power. 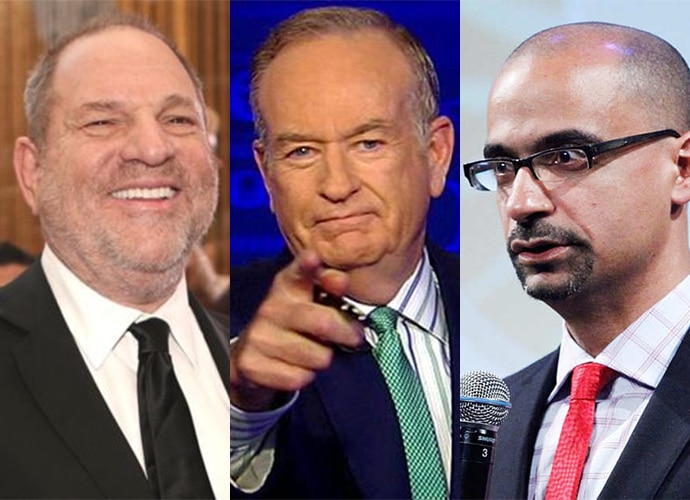 Bill O’Reilly, Harvey Weinstein and Junot Diaz — three men who have had to pay for their predatory behaviour. (Photo: DailyO)

Just as in the US, political strongmen were difficult to reach.

While the US confirmed Judge Kavanaugh, despite allegations of abuse from women — he was even endorsed by the President who went on to mock his accuser at one of his rallies — a similar story seems to be in play here, with Union minister and former editor MJ Akbar. Here, at least, the government is not publicly attacking the accusers. And many have asked the accusers to go through the legal process and file complaints.

The Union Minister for Women and Child Development, Maneka Gandhi, has announced a committee that will look into these allegations. This committee will examine the legal framework that already exists to handle the complaints and strengthen it. A statement released by the WCD said that in 2013, the institutional framework according to the Sexual Harassment of Women at workplace (Prevention, Prohibition and Redressal) Act of 2013 ensured a harassment-free workplace for all women. This included “full-time and part-time, public and private sector, organised or unorganised sectors etc., including domestic workers, students, apprentices and even those women visiting an office.” 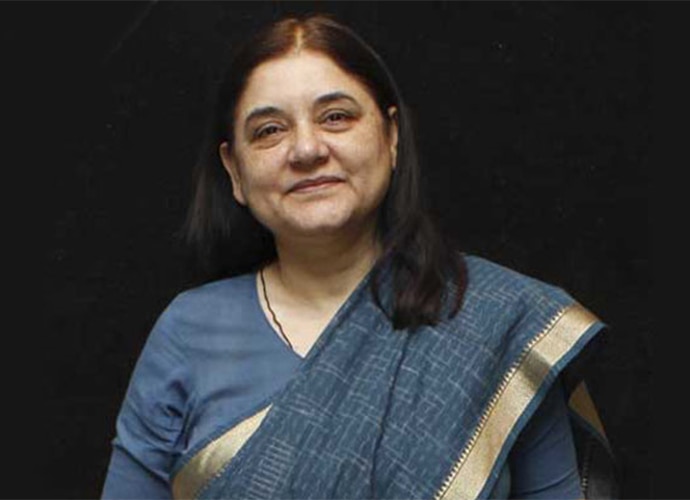 Maneka Gandhi, has announced a committee that will look into these allegations. (Photo: Indiatoday.in)

In India there is no statute of limitation for crimes that have punishment of over three years. While social media is a powerful tool, it does not have the ability to punish the accused and defamation cases are an easy way to silence victims. The age-old line many women have internalised, “It is your word against mine, who will believe you?”

Fortunately, the Supreme Court of our country has provisions that allow the uncorroborated testimony of even one victim to be enough to convict.

As Indians we have much to be proud of when it comes to the #MeToo movement. Many of us — whether men or women — have stood by the accusers. We have come together online and offline to support the survivors. Lists have been shared of lawyers who are providing free legal aid to the women that shared their stories of abuse and harassment. Many of the accused have had to step down from their positions. Several directors and producers in Bollywood have vowed not to work those accused of sexual misconduct.

It seems that most Indians, men and women, are standing by survivors. Whatever happens next, Indians can expect that this movement is not going to die down anytime soon.

Also read: Emraan Hashmi’s production company will have an anti-sexual harassment clause. What’s so woke about that?

#Sexual harassment, #Social Media, #MJ Akbar, #Metoo movement
The views and opinions expressed in this article are those of the authors and do not necessarily reflect the official policy or position of DailyO.in or the India Today Group. The writers are solely responsible for any claims arising out of the contents of this article.