Life isn't full of sh**, but your sh** can be full of microplastics

Microplastics have now reached our stomachs too. New study says the tiny particles may be widespread in the human food chain.

Sh** happens but there is one more aspect about life and the load of crap that comes with it — your own excreta and the unpleasant truth that engulfs it.

The danger to your health from not knowing the health of your waste has hit the fan.

Dangerous microplastics — usually found in the soil, oceans, tap and bottled water — have now soiled our poop too. In a first-of-its-kind study, researchers have found microplastics in stool samples from volunteers around the world. Lead author of the study, Dr Philipp Schwabl, says, "The study confirms what we have long suspected, that plastics ultimately reach the human gut." Schwabl, a physician scientist at the Medical University of Vienna's Division of Gastroenterology and Hepatology, presented the findings of the study on October 22 at the UEG Week in Vienna, a European gastroenterology meeting. The findings, however, have not yet been published in a peer-reviewed journal.

Although very little is known about the ill effects of microplastics, there are huge concerns about that "plastics may hit our gastrointestinal health and reach other organs". As we all know, microplastics have already been found in fish, whales and birds. So, the findings of the latest study hasn't actually come as a surprise. But then, we need concrete evidence and not just gut feeling, right?

"Now that we have first evidence for microplastics inside humans, we need further research to understand what this means for human health," Schwabl says. 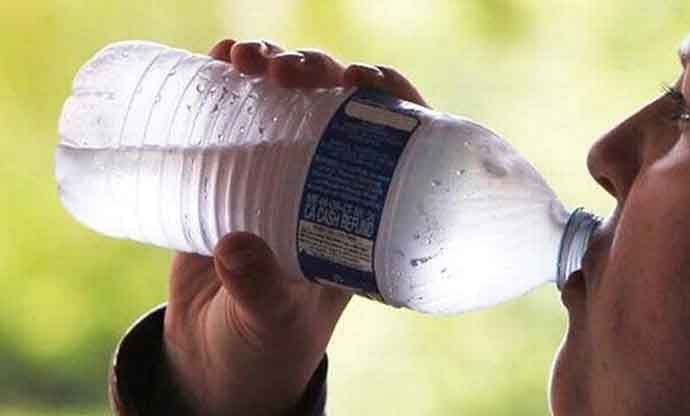 Microplastics are tiny pieces of plastic that measure under 0.2 inches in length. If it helps gauging the actual size, it's about the size of a sesame seed or smaller.

According to the NOAA's National Ocean Service, microplastics come from various sources, including larger plastic debris that breaks down into smaller pieces. Microbeads, a type of microplastic, are very tiny pieces of manufactured polyethylene plastic that are added as exfoliants to health and beauty products, such as some cleansers and toothpastes. These tiny particles easily pass through water filtration systems and end up in the oceans and Great Lakes, posing a potential threat to aquatic life.

And now, this has travelled to our gut.

Schwabl and his team believe humans are also likely exposed to microplastics as a result of plastic contamination from food packaging or processing. Data on human exposure to microplastics is very little, and the new study is the first to quantify the particles in human stool.

While microplastics were found in all of the stool samples received, the most common types were polypropylene and polyethylene terephthalate. These plastics have a wide range of uses, including plastic bottles.

The study says, on average, about 20 microplastic particles per 10 grams of stool were detected. If you are already cringing your nose at the thought of imaging shit in terms of grams, every time we defecate, our turds weigh around 200 grams. Here's another important fact. The more unhealthy your stool is, the more you cringe your nose while taking a dump. No, we are just kidding. See, this is what happens when we don't take our shit seriously. We remain ignorant.

Coming back to more serious stuff — the eight participants were asked not to eat any specific diet. However, their food diaries revealed that six of them ate fish in the week before giving a sample, and the others consumed some plastic-wrapped foods or drank from plastic bottles. The fact that microplastics were found in all of the samples "indicates a high likelihood that also many other people involuntarily ingest microplastics", Schwabl tells Live Science.

Plans are afoot for a larger study to confirm the findings, and to see if microplastics in stool has got something to do with a person's particular diet, lifestyle or where they live, Schwabl says.

Further studies to investigate the effects of microplastics on human health are also on the offing. But, Schwabl claims, animal studies suggest that microplastics can enter the bloodstream and lymphatic system, and may reach the liver.

Also, microplastics may cause damage to the intestines. This can also affect how the body absorbs vital nutrients.

For ages, disgustologists – experts who study the emotion of disgust — may have psyched you out with their revolting talks, but it's time to wake up to reality.

If, so far, you have been hiding your disgust behind that 'yuck-yuck' every time talks about human waste dropped into a conversation, it's time to wake up and smell the poop. Perhaps take a closer, more intimate look.

Also read: Why plastic is a more serious threat than atom bomb