Responsible Citizens vs Millions of Migrants

We are not short on sympathy. We just do not have empathy. We cannot put ourselves in the shoes cut out of a Bisleri bottle split in halves and walk 1,100 kilometres in them.

The coronavirus pandemic has introduced new words in our vocabulary and made some existing ones popular. Social distancing became the buzz phrase for some time but then came migrants, hordes of them, trampling with their naked feet the fields of our consciousness, crushing our souls. Migrants, the word is used for citizens who move from one part of the country to another to earn a living and are stripped of their citizenship and awarded the certificate of migrantship. The lockdown locked down their source of living and their employers gave up on them, the states they were in failed to provide food for them or failed to assure them of their safety. With no transport allowed in the lockdown, they began walking, cycling or hitching a ride on overloaded trucks with relief materials for people who were not migrants. Many have died and many are dying in the process, under the able watch of elected governments. The media called them migrants, the social media called them migrants, the opposition called them migrants and the government called them migrants. Migrants, in their own land.

Technically, they are. Migrants. The daily-wage labourers, the factory workers are called migrants. Dictionary approves. But dictionary approves the word for people like us too, the white-collar workers, who came to big cities from the hinterland, just like the labourers and factory workers did. We are not called migrants. In fact, some of us tried to claim the term and ran a Twitter hashtag #MeTooMigrant. But then we realised it’s appropriation, cultural appropriation. We do not share the shame culture though we share origins and fulfil etymological conditions. With no transport allowed in the lockdown, they began walking, cycling or hitching a ride on overloaded trucks with relief materials for people who were not migrants. (Photo: Maneesh Agnihotri/ India Today)

We have been worried for them, contributed to charities and PM Cares, bought and distributed rations, some of us even paid salaries to people we employed so that they can carry on without work as our gated communities banned entry for helps. We tweeted, posted photos with pithy captions, we criticised the governments, Narendra to Sushil. We did what we could do under the pressure of our conscience. Yet, we are not them. We cannot put ourselves in the shoes cut out of a Bisleri bottle split in halves and walk 1,100 kilometres in them. (Photo: Maneesh Agnihotri/ India Today)

We are not short on sympathy. We just do not have empathy. We cannot put ourselves in the shoes cut out of a Bisleri bottle split in halves and walk 1,100 kilometres in them. Our walk is measured in calories burnt. Our walk is 10-km run in the morning from Point A to Point A and getting off the treadmill to a banana smoothie. We cannot get the metallic taste of water from a handpump after walking 20 km in the sun. We love khichdi on a Saturday because the diet chart mandates it. It’s light on the stomach. We don’t know what a light stomach feels like when it has been on khichdi for three days, the khichdi distributed by a good Samaritan in Falaudi. 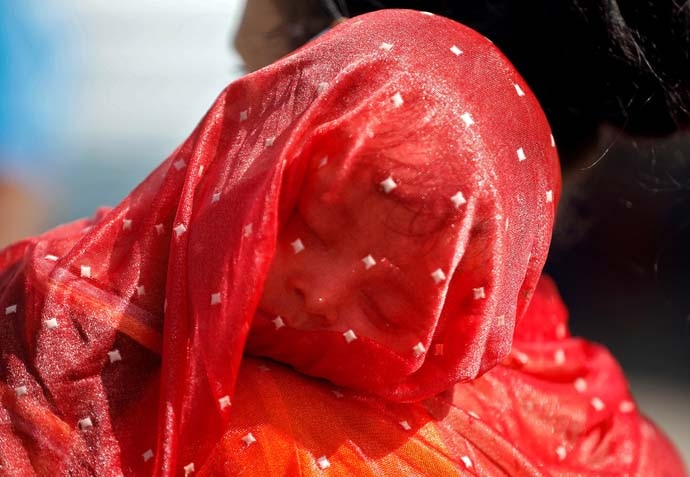 They are walking in groups, travelling in trucks like sardines in a can, fighting for biscuits on railway platforms and crowding the Shramik Special trains. (Photo: Reuters)

We do not get it. Why would any sane person leave cities when the government is providing them food and shelter and quarantine and everything is fine? They are illiterate people who do not understand that the coronavirus is highly contagious. They are being adamant and what can the government do? They are walking in groups, travelling in trucks like sardines in a can, fighting for biscuits on railway platforms and crowding the Shramik Special trains. Breaking down on phone because his child died and he would take another 10 days to walk and the family back home will be done with the funeral. What can the government do? They just don’t understand the enormity of the crisis. We do not understand them.

Sad to see this ... Migrant labourers fighting their way out for a packet of biscuits in #Bihar , what happened to food that's supposed to be served for these #MigrantLabourersIn train ? @PMOIndia @nsitharaman @rsprasad @PiyushGoyal@RahulGandhi @INCIndia @MukulWasnik pic.twitter.com/aMfXC7JeDr

We are also trying to survive the coronavirus. We are suffering too. The kid’s classes are cancelled, so are our yoga classes. We haven’t eaten out in 2 months and we are starving. Our holiday plans have gone for a toss and we don’t know for how long, boss. The Eid will go without shopping and we have no clue when we can resume pub-hopping. We can’t even shop online because all we need is non-essentials and Amazon delivers only essentials. Our birthdays depend on police uncles coming with cakes and singing Happy Birthday To You when they have time from managing these crowds hell-bent on not following the guidelines. One moment they are herding them with lathis, the next moment they arrange for a cake. You think we like such birthday parties? This is terrible for us too. 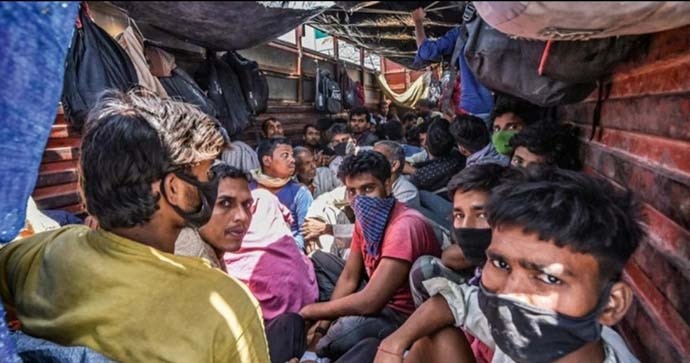 We do not understand that these people have been self-reliant all along. (Photo: Maneesh Agnihotri/ India Today)

How much can you binge-watch? We have to use brooms, pocha the rooms, clean toilets and give each other haircuts. All kind of pasta, biryanis, soufflés and stuff, there’s no recipe on YouTube we have not tried. If you don’t believe us, check Insta. We are resourceful people, necessity is the mother of invention of easy home hacks. We post them on Facebook so that everyone can benefit. We are watching our weight. We are watching our mental health. Man is a social animal. The forced new normal can trigger loneliness illnesses. We are being responsible citizens. We are being citizens. Not migrants.

India has to focus on becoming self-reliant. We do not understand that these people have been self-reliant all along. They get very little, if you don’t count humiliation and public beatings as blessings. They break their backs every day to earn dinner. Then comes a contagion. They learn from WhatsApp that millions will die. They watch doomsday predictions on TV. Everybody is asked to maintain a 6-foot distance. Six of them live in a 6x6 shanty room. They aren’t sure they will live. They aren’t sure they will die. The only thing they are sure about is they don’t want to die, hundreds of miles away from their families. They know there’s no way. They know there’s just will to die trying. To go where they belong. To go home.

Post your comment
#Lockdown, #Covid-19, #Shramik special trains, #Migrantlabourers
The views and opinions expressed in this article are those of the authors and do not necessarily reflect the official policy or position of DailyO.in or the India Today Group. The writers are solely responsible for any claims arising out of the contents of this article.