Armed forces veterans write to Modi against lynching: Are they also anti-national?

The inevitable has now happened. There’s quasi-mutiny among the ranks of those in whose name the Narendra Modi government seeks its maximum sanctity, seeks to overturn and overthrow the rule of Constitution, right to equality before law, and thrust upon us an unqualified devotion to that one-size-fit-all word, “soldier”.

The veterans among soldiers, those having served the Army, Navy and the Air Force, at least 114 of them, have now come out in the open taking a firm stand, and writing to Prime Minister Narendra Modi to not “go against the secular and democratic values enshrined in the Constitution”.

The letter signed by the retired officials of the armed forces said the prevalent atmosphere in the country was everything they had fought against, and anathema to the spirit of the Indian Constitution which they were/are duty-bound to uphold and safeguard. 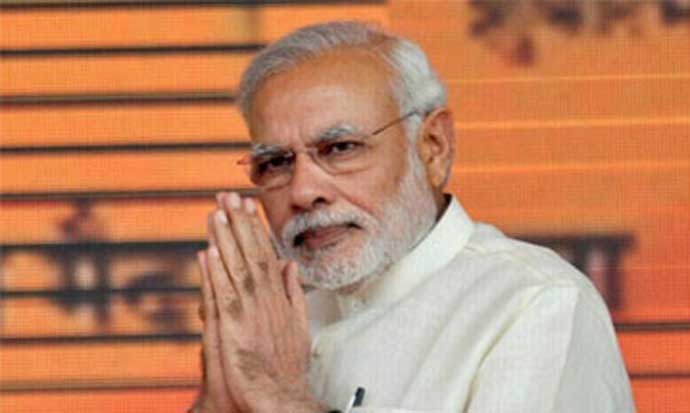 The veterans stand with the Not In My Name campaign. Here’s the text of the strongly-worded letter to the PM that minces no words:

“We are a group of veterans of the Indian Armed Forces who have spent our careers working for the security of our country. Collectively, our group holds no affiliation with any single political party, our only common commitment being to the Constitution of India.

It saddens us to write this letter, but current events in India have compelled us to register our dismay at the divisiveness that is gripping our country. We stand with the ‘Not in My Name’ campaign that mobilised thousands of citizens across the country to protest against the current climate of fear, intimidation, hate and suspicion.

The armed forces stand for 'unity in diversity'. Differences in religion, language, caste, culture or any other marker of belonging have not mattered to the cohesion of the armed forces, and servicemen of different backgrounds have fought shoulder to shoulder in the defence of our nation, as they continue to do today.

Throughout our service, a sense of openness, justice and fair play guided our actions. We are one family. Our heritage is like the multi-coloured quilt that is India, and we cherish this vibrant diversity.

However, what is happening in our country today strikes at all that the armed forces, and indeed our Constitution, stand for. We are witness to unprecedented attacks on society at large by the relentless vigilantism of self-appointed protectors of Hinduism.

We condemn the targeting of Muslims and Dalits. We condemn the clampdowns on free speech by attacks on media outlets, civil society groups, universities, journalists and scholars, through a campaign of branding them anti-national and unleashing violence against them while the state looks away.

We can no longer look away. We would be doing a disservice to our country if we do not stand up and speak for the liberal and secular values that our Constitution espouses. Our diversity is our greatest strength. Dissent is not treason; in fact, it is the essence of democracy.

We urge the powers that be at the Centre and in the states to take note of our concerns and urgently act to uphold our Constitution, both in letter and in spirit.”

The names of the 114 signatories to the letter can be found here.

The veterans have put their fingers exactly where the malaise lies. Are they anti-nationals too? Will the BJP-led Centre register sedition charges against our military heroes and retired officials who have been compelled to lay out in the open their deep concern about the future of the country?

We wonder what the vice-presidential candidate from the NDA, former Union minister of urban development, Venkaiah (Acronym) Naidu, has to say on this. We also wonder what National Security Adviser Ajit Doval, home minister Rajnath Singh, defence minister Arun Jaitley and former defence minister Manohar Parrikar have to say to veterans stating “dissent is not treason: in fact, it is the essence of democracy”.

Erstwhile, we have had veterans like Retd Lt Gen HS Panag strongly admonishing the "human shield" incident in Kashmir earlier this year, and he even said that Indian Army suffered a setback by condoning, commending the errant Major Gogoi, who was responsible for the highly controversial decision.

We have also had military veterans telling us to go easy on China, which has a far superior military prowess and not hanker for war, upsetting certain TV channels that regularly feed off the war frenzy, and are owned by NDA MPs who have defence interests in business and policy.

We wonder what such TV anchors and such members of Parliament have to say to this rousing but absolutely sobering letter from the veterans. We also wonder what the hawkish spokespersons of the ruling party at the Centre would say to the retired armed forces officials saying that they “speak up for the liberal and secular values that our constitution espouses” at a time, when the word “secular” has become besmirched with politics of opportunism, when the “sinking of the secular ship” has become the national headline.

What would opportunistic politicians like Bihar CM Nitish Kumar say to the veterans who claim that they “can no longer look away”? Nitish Kumar is clearly looking away.

What would Uttar Pradesh CM Yogi Adityanath say to the veterans when they say they are “witness to unprecedented attacks on society at large by the relentless vigilantism of self-appointed protectors of Hinduism”? What would Yogi, one of the chief harbingers and beneficiaries of hardline Hindutva in the country, say when the veterans underline the following: “We condemn the targeting of Muslims and Dalits”?

What would those defence journalists, who prefer staying mum over issues as delicate as the relentless and disgusting use of the armed forces and politicisation of events such as the surgical strikes in election after election, say to the aggrieved and anxious veterans?

Is it still possible to be “objective” and “neutral” when neutrality and objectivity are being compromised daily in the epidemic of fake news and fake polemic to fuel communal volatility?

We wonder if the military veterans today are seditious too, because they are sounding eerily similar to the JNU students who were charged with sedition and jailed last year? We wonder if the military veterans would prefer a tank in JNU, or instead more seats, better access to scholarly journals, better and bigger library facilities, more centres of scholarship and more interdisciplinary courses that look at, investigate the current climate of political toxicity?

We wonder if the military veterans, some of whom might have fought in the 1971, or the Kargil war, which the BJP uses to the tilt to whim up ultranationalist frenzy gain and again, should be sent to Pakistan. The veterans say #NotInMyName. What shall the Modi government do with them?

Also read: Junaid Khan lynching: Yes, it is in my name