Why India Today magazine is honouring millennials this issue

The magazine's 42nd anniversary special issue pays a tribute to the DIY generation.

It has created a can-do generation of youngsters who grew up believing in themselves. The simple belief that if you can dream it, you can do it. This generation knows there is more to life than what they’ve seen with their parents. It’s a generation not enamoured of a secure corporate or government job or merely making money. They are looking for meaning in their lives and are willing to follow their dreams on their own steam. They want to make a difference. That’s why they are the DIY (Do it Yourself) generation. They have seen global icons like Bill Gates and Mark Zuckerberg give away as much wealth as they have made. 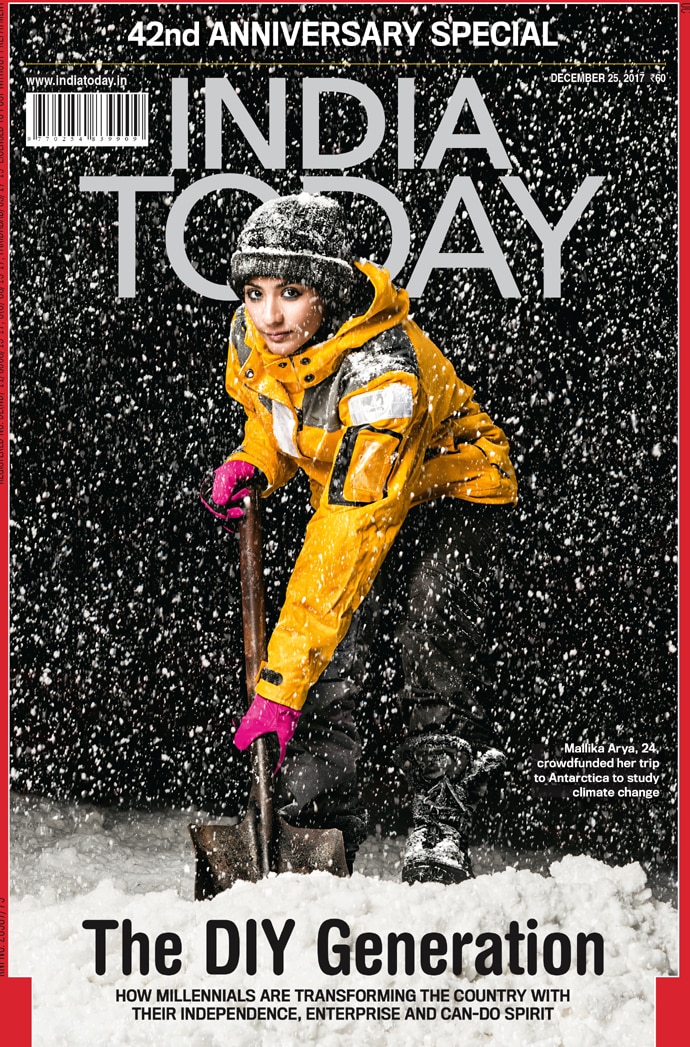 They have seen the establishment being challenged in ways no one could have imagined, from the world’s most powerful nation, the United States of America, to the European Union. With their smartphones, they have the world in their palms, with entertainment on tap, instant news and platforms to voice their opinions or even start a movement. It has made them more aware of what they want out of their lives and their worlds. The 42nd anniversary special issue pays tribute to just 42 of them in the fields of science, arts, business and society. There are millions more like them.

They are ambitious as much as they are at ease in their skins. So like Mallika Arya, 24, they can get crowdfunding to go to Antarctica to raise awareness of climate change. Or like Kuheli Basak, 17, they can invest money received from a government scheme to set up a shop with a photocopying machine and mobile recharging facilities in the remote village of Fulia in Nadia district, West Bengal. Or like Vedant Kapoor, 16, and Arpit Narang, 13, they can create a soda can-sized satellite to measure humidity, temperature and atmospheric pressure.

They are the Elon Musk generation, dismantlers of markets, machines and ideas, tuned in to global needs. This DIY generation is showing the world a new way to live. They are tech wizards, change-makers; they combat the conventional and make radical the new normal; they are risk-takers and social media jedis. And they are our heroes in the 42nd anniversary issue.

The issue also takes a brief look at youth revolutions and what some have achieved, from fighting against corruption in the Nav Nirman agitation of 1974 to demanding a change in rape laws after the Nirbhaya horror. And rounding it up, we have conversations between two generations of iconic politicians, sportstars and actors which bring back the joys of civilised discourse. Find out the actor who inspires Naseeruddin Shah and Irrfan Khan; read Kamal Nath telling Jyotiraditya Scindia what persuaded him to stay in politics after the Emergency; check out the impact Sourav Ganguly had on a young Ashwin Ravichandran; and see the one thing Amitabh Bachchan never fails to remember about Ranbir Kapoor.

#Elon Musk, #Digital, #DIY generation, #Millennials
The views and opinions expressed in this article are those of the authors and do not necessarily reflect the official policy or position of DailyO.in or the India Today Group. The writers are solely responsible for any claims arising out of the contents of this article.