The 20-year-old's answer draws the point that it's time to make the shared responsibilities of men and women real and rewarding.

She said, "I think a mother deserves the highest respect and when you talk about salary it's not always about cash but I feel it's the love and respect that you give to someone. My mother has always been the biggest inspiration in my life. All mothers sacrifice so much for their kids. So, I think it is the job of a mother that deserves the highest salary."

Her response has sparked off a discussion online about the unpaid nature of a woman's work, with the suggestion that it is time to acknowledge its value in society in real terms. Ironically, it has also resulted in women reacting on social media with disgust at both the idealisation and the crass commercialisation of motherhood that this answer is seen to imply. After all, if motherhood is a matter of choice and not a career then how can it be valued like a job?

To some extent, it comes down to how we see mothers and motherhood. A little plaque hangs over the kitchen wall in my childhood home. It reads, "Long life to her, for there's no other, who can take the place, of my darling mother." It seemed a truism to me, a statement of fact in a world that was only as beautiful as my mother and father (those grand curators of life experience) made it. Becoming a mother, myself, however, made the whole thing a little more complex for me. What Shakespeare says of kings, I would humbly apply to mothers, "Uneasy lies the head that wears the crown." I would fully agree that I am, as things stand, irreplaceable, necessary, special, and unique to my two children. I would also, respectfully submit, that to some extent, social expectations made me so. 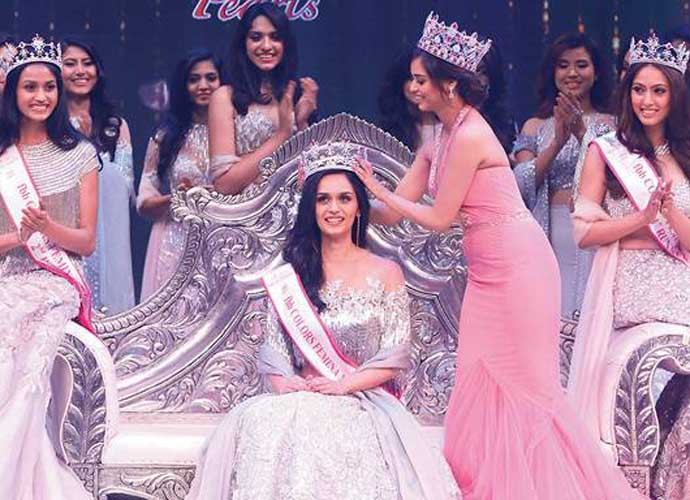 Part of the reason Chhillar's response has proved so deeply offensive is because it highlights just how sensitive a matter it is to put a monetary value on what has traditionally been considered "women's work". Why is it so appalling to consider putting a price to mothering? Why does her imaginative reconstruction of what we take for granted as a fair and just society provoke more attack than conversation? It's because for us to see motherhood as anything other than "godlike" casts everyone in a bad light, and threatens our world view.

It tells diligent mothers that their sacrifices of time, energy, and lost opportunity are less than priceless because there's a number attached to it. The only time a woman's work at home gets a price tag put on is when she and her partner sue for divorce, until then, she is assumed to share in the fruits of the domestic arrangement, even though the power dynamics are rarely even. Nor does it generally work out to be a fair price tag; several separations leave women destitute or dependent and take little account of the powerful expectations that have put those women in the position of just homemakers or child-rearers. So, if we take the rose-tinted glasses off, who does this inequitable distribution of domestic labour that goes into motherhood really serve?

Are we reacting with abhorrence to Chhillar's opinion because we think our world is perfect the way it is? The fact is we get comfortable with the status quo. Let's not forget that worldwide, societies and civilisations have endorsed caste systems, slavery, and misogyny. We may be waking up to the ideals of liberalism and humanism in the last few centuries but are we okay with taking a step back from the blind worship of capitalism and rearranging our current economic system in a way that acknowledges the importance of families? There are few signs that that's an option. Part of what makes the question of whether motherhood should also draw a salary so threatening, is that it also unhinges the economics of the workforce as we know it today. Is that really such a bad thing though? We've moved as people from largely nomadic tribes, to agrarian societies, to industrial civilisation to a corporate mash-up in our organised workaday world. The whole time, as we've evolved, we've had very different assumptions about the role of women and their place in society. Hasn't women's unpaid domestic labour been tied closely to their status as second class citizens? Sure, women are a part of the workforce today, but how much of that is historical accident following world war exigencies, and how much has the workplace itself accommodated women and acknowledged their other responsibilities as caregivers? Maybe it's time we used a little imagination and shaped our systems with new eyes, rather than as iron-clad truisms.

Take Margaret Atwood's The Handmaid's Tale, and its wild popularity in the era of Donald Trump, where her story is seen as a wakeup call to systematised misogyny. It tells us of a dystopia that could result if women were seen as merely breeders. What if Chhillar's opinion were the opening to a story where the opposite of this were to come true? What if society were to evolve instead to see the future of the human race in this act of breeding, and reward it accordingly? What if the rearing of children can be treated in a way that makes it fair and equitable for both men and women? Not in a way that glorifies mothers or distances fathers, but in a way that makes their shared responsibilities both real and rewarding?

Can we monetise something as integral and beautiful to the human experience as motherhood? How would we even go about such a task? We are a long way from working out these kinds of solutions. In the meantime, women are in the workplace, women are homemakers, and many women have the opportunity to do both - which in itself bodes well and promises change.

I'm glad though, that Chhillar, a young medical student, who won the crown on what is essentially a skin-show beauty pageant, managed to shake things up. Some might say her answer played it "safe". After all, Priyanka Chopra won the Miss World crown for us 17 years ago by venerating a form of motherhood, pointing to Mother Teresa as her idol. Chhillar still has my vote though, because her answer pushed the boundaries of what we think is possible and necessary today. It's time we answered conservative questions like she did.

#Priyanka Chopra, #Motherhood, #Manushi Chhillar, #Miss World 2017
The views and opinions expressed in this article are those of the authors and do not necessarily reflect the official policy or position of DailyO.in or the India Today Group. The writers are solely responsible for any claims arising out of the contents of this article.

Author of I SEE YOU, book critic, reader, unrepentant chocoholic, amateur sage, Shakespeare and Snoopy fan. Personal mantra: It's only real when you believe it.