What we can learn from MIT awarding disobedience

In India all political parties, from the extreme Right to extreme Left, are suffering from acute HIPPO syndrome.

The media lab of Massachusetts Institute of Technology (MIT) has recently announced MIT’s first-ever Disobedience Award competition. The award carries a whopping $250,000 in cash. It can either go to a person or group engaged in what MIT believes is an extraordinary example of disobedience for the benefit of society.

The question that obviously comes to mind is why to institute such a weird award? Does it simply reflect the institute’s worry about the growing power of a host of global leaders, known for either open or subtle dislike of fact-based no-holds-barred discussions?

Or, is MIT simply trying to respond in its unique fashion to the ongoing fundamental shift in society caused by the extremely disruptive nature of the current technological revolution?

Judging by the large number of publications - not only of MIT but of many other globally reputed institutions, the ongoing fourth Industrial Revolution (IR) - also known as the Second Machine Age - is really a major concern for many.

If the civilisation is unable to manage the mesmerising power of this revolution then the resulting mass disgruntlement can throw the entire world into a deep turmoil. Like Hitler’s ascension to power (which was possible because of his ability to cleverly use the economic dissatisfaction of the population and exploit German anger against the humiliating treatment it received after the First World War), any mismanagement of the tectonic shift in technology - particularly picking up mesmerising momentum from the beginning of this century - is likely to create very conducive socio-economic conditions for demagogues to occupy the seat of power in many countries. In that sense, the questions raised above are not unrelated.

Previously, I discussed how with rapid progress of deep learning and neural network a lot many jobs were about to disappear soon. Jobs that many still consider as immune to technological shift, such as lawyer, teacher, caregiver, financial analyst and even journalist, may now come into the firing range of machines. Is MIT trying to respond in its unique fashion to the ongoing fundamental shift in society caused by the extremely disruptive nature of the current technological revolution? Photo: Reuters

For example, last month tax preparer H&R Block announced that it began to use IBM’s Watson computer system to maximise customer deductions. Watson is capable of reading and interpreting thousands of pages of tax code and can continually update changes as they occur.

The spell-binding breadth and depth of these technological changes demand urgent transformation of our entire system of production, management and governance. But, such changes, which are often quite painful cannot be introduced without transforming the mindsets of individual citizens and their leaders.

Unlike all other social transformations of the past, transformation in the Second Machine Age cannot be made a top-down process. Individuals, irrespective of their positions in the organisation, must have the liberty to express and experiment with their ideas without any fear of intimidation.

Any employee should be able to contribute to the development of a new product or even a business model, without having to look behind the shoulder even if the proposed product or model goes totally against the company’s existing line of business or philosophy.

For maximising the creative output of an organisation - an essential condition for survival of any entity in the innovation-driven economy of the Second Machine Age - it is imperative for each and every employee to keep active their inquisitive mind while performing regular duties.

Say for example, an employee should continuously ask about the skills she must acquire to improve her scope and job satisfaction when in the future her current job is outsourced to the machine. Questions can be also related to the very purpose and relevance of the organisation’s existence.

Similarly, an inquisitive mindset is also essential for a leader of the organisation. Using innovation guru Gary Hamel’s expression, a leader should also continuously figure out: “How to turn 'ordinary' employees into extraordinary innovators? How do you firmly implant the innovation gene in a company that has spent a decade focused on efficiency and short-term operational efficiency?”

A questioning mindset can also work as a good insurance against any backlash of disruptions.

How to create the new mindset?

We need to admit that the work for nurturing every individual’s creative potential must start quite early in life. Otherwise, potential innovators in large numbers will keep falling through the big cracks of the system and the society will continue to depend on a small number of innovative idea generators.

As a result, countries will keep spending a large amount of resources on a small number of individuals for idea development without generating many game-changing ideas. According to a recent Stanford University research paper, the number of Americans engaged in research has increased more than 20-fold since the 1930s, yet there is no similar explosion in research productivity. As per the authors’ conclusion, it is because big ideas are just getting harder to find.

By developing a questioning or research-oriented mindset early in life the society can ultimately create a much larger pool of out-of-the-box idea generators. Finland has already taken a bold initiative in this direction by introducing a very innovative, but highly disruptive, idea to its highly-acclaimed school education system. 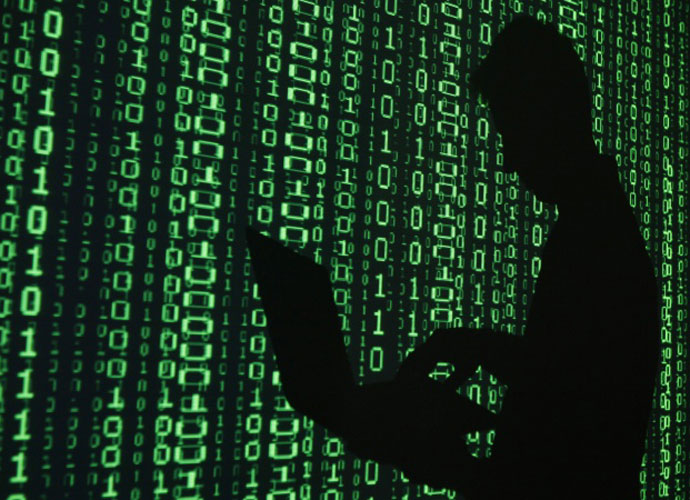 For maximising the creative output of an organisation - an essential condition for survival of any entity in the innovation-driven economy of the Second Machine Age - it is imperative for each and every employee to keep active their inquisitive mind while performing regular duties.

It is eliminating all subject-based teaching in schools. This in turn will certainly impact the tertiary education system of the country very soon. Hopefully, in the not very distant future the Finnish economy will have a workforce with a very different mindset.

There must not be any taboos

There can be no two opinions that we need to radically transform our education system and make it Second-Machine-Age ready. However, any such transformation can have an impact on the economy only after a time gap. But, in the meantime we also need to bring innovative thinking immediately to our existing businesses and institutions.

The businesses and institutions must be able to face the existing and rapidly increasing technological challenges that are brought to their doorsteps by competitors with increasing frequency. To some extent these challenges can be effectively met by making use of the creativity of the collective brainpower of the organisation and its network.

The necessary, though not sufficient, condition for securing better output from the creative power of the organisation is to make everyone’s mind free to ask questions and let everyone experiment with out-of-the-box ideas. Similar to total quality revolution of yesteryears, when quality was made everyone’s responsibility instead of a few quality managers, now the time has come for a total innovation revolution.

This revolution demands that everyone’s mind has to be free to ask questions, express opinions and conduct experiments irrespective of the dominant culture and belief in the organisation or society.

Unlike in the economy of mass production that all of us are so familiar with and which demands standardisation and conformity to rules, the fourth IR puts high premium on our ability to creatively deviate from rules (creative deviation).

People who are able to question rules, dominant beliefs and taboos have to be now considered as assets for an organisation. Only such people can take it forward. It is not difficult to understand what MIT says in its disobedience notification: Societies and institutions lean toward order and away from chaos. While necessary for functioning, structure can also stifle creativity, flexibility, and productive change - and ultimately, society's health and sustainability. This is true from academia, to corporations, governments, the sciences, and our local communities.

Unfortunately, even when the initial waves of innovations of the fourth IR have already started uprooting many of our iconic businesses and institutions, most of our organisations are still following a highly-centralised governance system.

As a rule, the prevailing tendency in these "legacy" organisations is to retain the status quo, impose rules and discourage questioning. Dissent is generally frowned upon because it is perceived as a threat leading to weakening of the management’s power.

This in turn creates a syndrome known as highest paid person’s opinion (HIPPO) syndrome. This syndrome is responsible for the downfall of many mighty giants. Many of these HIPPO-infected giants will be hit by tomorrow’s tiny startups with devastating effect. Examples like Kodak’s bankruptcy after tiny Instagram’s appearance on the horizon may soon become a commonplace occurrence.

What is true for a business is also true for any organisation, including a political party. Unfortunately, in India all political parties, from the extreme Right to extreme Left, are suffering from acute HIPPO syndrome.

To make India shine at a time of technology’s exponential growth and mindboggling possibilities for combinatorial innovation, a culture of disobedience or creative deviation has to be promoted across all institutions, businesses and political parties.

Like MIT, our institutions, including the government, should also make a commitment to honour disobedience for its positive impact on society. Also, as MIT says, disobedience should not be limited to specific disciplines. It should include scientific research, civil rights, freedom of speech, human rights and the freedom to innovate.

#Industrial Revolution, #Innovation, #Massachusetts Institute of Technology
The views and opinions expressed in this article are those of the authors and do not necessarily reflect the official policy or position of DailyO.in or the India Today Group. The writers are solely responsible for any claims arising out of the contents of this article.