The development is proof that women’s voices in the country are beginning to count.

Almost a fortnight after the allegations first emerged, minister of state for external affairs, MJ Akbar, has stepped down. The development comes at a time when Brett Kavanaugh has been appointed to the US Supreme Court, a position he will occupy as long as he is alive, despite facing allegations of sexual assault from a woman named Blasey Ford. 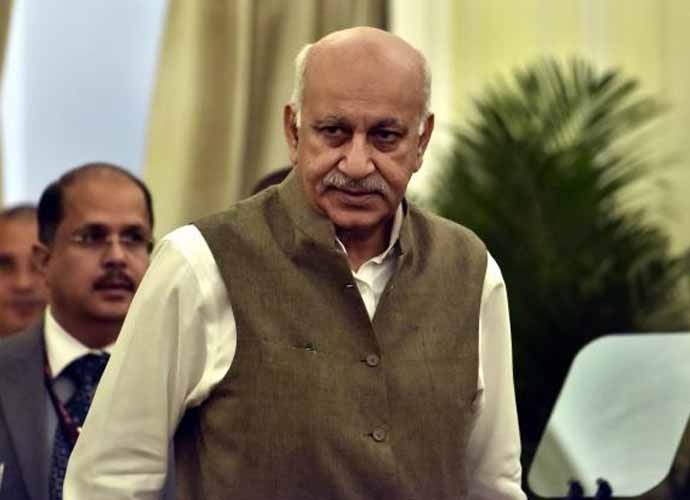 MJ Akbar has resigned as minister of state for external affairs. (Source: PTI)

The development is proof that women’s voices in India are beginning to count.

Many women in India see this as the first significant victory of the MeToo movement ever since it picked up pace after Tanushree Dutta levelled allegations of sexual harassment against Nana Patekar on the sets of Horn 'OK' Pleassss.

The resignation has come after much digging in of heels from Akbar who has hired a law firm, Karanjawala & Co., to file a defamation case against journalist Priya Ramani.

Ramani, who has worked at prominent media houses such as India Today, The Indian Express and Mint, was the first woman to accuse MJ Akbar of sexual harassment and predatory behaviour.

Ramani had recently identified Akbar as the unnamed editor in an article she had written in Vogue in October 2017, where she recounted her interview with him in a hotel. She alleged that he called her to his room, offered her a drink (which she refused) and asked her to sit next to him on the bed.

The legal complaint names Ramani as the sole accused, alleging that she “intentionally put forward malicious, fabricated and salacious” allegations to harm his reputation. According to him, the journalist had “willfully, deliberately, intentionally and maliciously” defamed him on “completely false, frivolous, unjustifiable and scandalous grounds”.

Several other women journalists then came out alleging sexual harassment and assault at the hands of Akbar.

Tushita Patel, in a blog post, accused MJ Akbar of sexually harassing her, meeting her in a hotel room in his underwear and forcibly kissing her on two different occasions.

The media was considering a complete boycott of Akbar when the alleged sexual predator finally chose to step down.

Some senior journalists are taking this forward. Hopefully through the Press Club or similar body!

Responding to the allegations after returning to India from an official visit abroad, Akbar called the allegations "false and fabricated" and questioned their timing, hinting at a political campaign against him.

Reacting to the development, Ramani tweeted:

As women we feel vindicated by MJ Akbar’s resignation. I look forward to the day when I will also get justice in court #metoo

Many have attributed the resignation to the success of the MeToo movement.

Finally MJ Akbar has resigned. Shame on him for having delayed it for so long. The credit for the resignation goes not to the Centre or MJ Akbar but directly to the #MeToo campaign. Esp to those brave women who reported the assault & those women and men who stood by them.

Some have also underlined the fact that the resignation was long due and should have come right when the allegations were made.

Huge breaking news. MJ Akbar finally resigns from his post as MoS, something he should have done the moment the allegations started to surface. The only thing to do when a person in power is being investigated for accusations of serious nature. pic.twitter.com/03Ukud0QZ6

No matter which way we look at it, the truth is that the fact that Akbar had to resign is proof of the fact that the MeToo movement is not a bubble. It is a just fight that demands women be treated as equals in workplaces and not as sex objects.