Modern Love: Nothing modern about this love

The Amazon Prime series packs a lot of emotional truth. It skips all the emotional manipulation.

This is how love is, we have traditionally been told. Amazon Prime series Modern Love tells us this is how love is in its modern form. The series comes as a comforter whispering into our ears, "You find love — this way or that. And in your quest for love, you'll also find yourself." 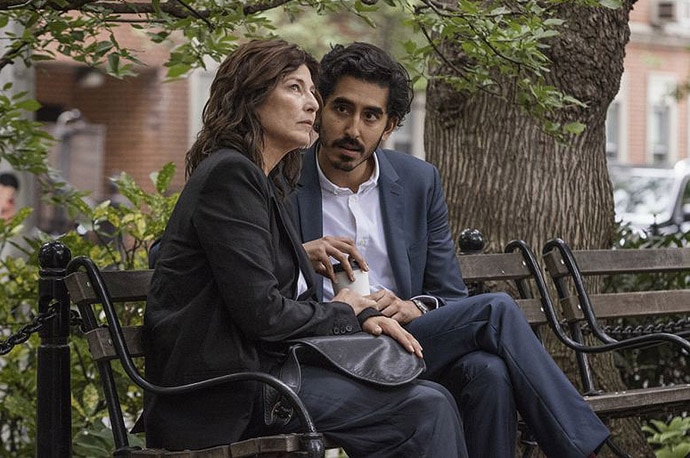 Love is fighting with each other and then love is also finding reasons to spend a whole life together. (Photo: A still from Modern Love)

Modern Love, based on the New York Times column of the same name, is an anthology that encompasses a diverse depiction of love — romantic, platonic, familial and parental. But it doesn't always come the way we want it. Its forms differ. It comes nevertheless. And when it comes, it leaves you fulfilled. The series paints a picture of how we want love to be — a balm for bruised souls, a companion for lonely hearts and a promise of the happily ever after.

Modern Love is an extension of Hollywood rom-coms where love is literally blowing in the wind. There are ups and downs but it all ends on the side of the ups. People sort out differences and then walk the aisle together. Couples fight only to realise how much they loved each other. Life turns out as we want life to turn out to be. There is a lot of emotional truth. There is no emotional manipulation. It's a good world. It plays fair.

A female character in the series finds fulfilment in the fact that the doorman is her main man. In a capitalised world where many people live alone, such bonds are common. The contenment that Modern Love shows such associations can bring, is not.

In a modern world that lays emphasis on individual's supremacy and wholeness, Modern Love comes across as one rooting for traditionalism. Only its characters seem to be modern — a gay couple (white and black), a woman who chooses to remain homeless, a woman who is dealing with bi-polar disorder, an old widow who loses her new fiancé to death, an entrepreneur and a journalist who bond over lost love.

Not that gays or homeless people have come to exist only in the modern world. But Modern Love makes an attempt to portray them and their feelings towards love and longing as normal and natural. In that attempt, the series succeeds. The problem lies in the interpretation of love as a linear emotional journey where individuals are in as much control over their emotions as they are over their situation. They grow in love. They decide when to heal. Characters in Modern Love are all white. They lack shades. (Photo: A still from Modern Love)

In a world that sees every other individual as broken and dialling up the shrinks for the next appointment, Modern Love feels like a self-help book. It tries to teach subtly to a world that is averse to being taught about how relationships are.

Like Ramanand Sagar's Ramayan, characters in Modern Love lack shades. They are mature, they love unconditionally, yet they prioritise themselves. They stand up and speak, they also sit down and listen. They exist in whites. And that is why, they fail to find a connect with their modern audience.

Modern Love is a reminder of the 'good old days' for present-day lovers.

In a world where people separate over snores and phone addiction, Modern Love paints a picture of a surreal world — certainly not a modern one.

Also read: Smile. You are the Joker. So am I.

Post your comment
#Anne hathaway, #Amazon Prime Video, #Amazon prime, #Modern love
The views and opinions expressed in this article are those of the authors and do not necessarily reflect the official policy or position of DailyO.in or the India Today Group. The writers are solely responsible for any claims arising out of the contents of this article.