DailyOh! New Covid peak could come in April, to what happened to the 90k Pakistani PoWs in India

The next step to doorstep treatment is treatment wherever we step. Mumbai’s Dreams Mall came as close to fulfilling that dream as close can get - a hospital in a mall. This was no ordinary hospital but a coronavirus hospital. If the virus can spread in malls, let coronavirus hospitals spread to the malls. Idhar disease, udhar treatment. What came in the way was fire. The first floor of the mall caught fire on the intervening night of Thursday and Friday and the smoke reached the hospital, leading to the death of 10 people. 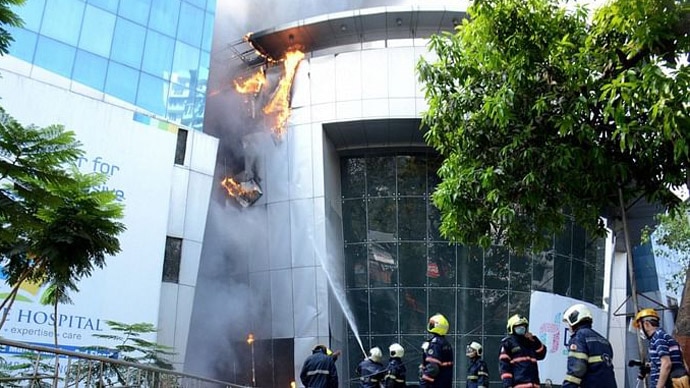 Fire tenders at the Dreams Mall in Mumbai. (Photo: Twitter)

What caused the fire is a matter of investigation. But what caused the hospital to reach the mall are ‘exceptional circumstances’.

What has caused PM Narendra Modi to reach Bangladesh will be dealt with later because we first want to deal with what helped Modi reach Bangladesh - a brand-new Grand Air India One. The B777 aircraft, which has its own missile defence system, was ready since October 2020 to take off but coronavirus kept it grounded. If you are on this aircraft, you get to have audio and video communication midair without the risk of being hacked. However, you don’t get to be on this aircraft because the aircraft is only for the PM, President and Vice-President. 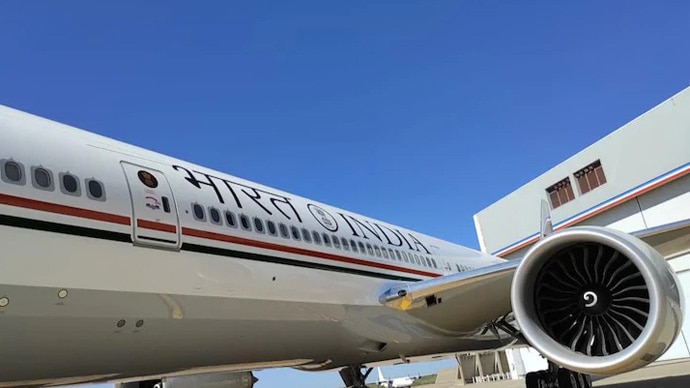 The Grand Air India One has a missile defence system of its own. (Photo: Poulomi Saha/India Today)

Now to the question of why PM Modi is in Bangladesh. Today happens to be Bangladesh's Independence Day. Bangladesh won its independence after fighting the Bangladesh Liberation War on December 16, 1971, but it was on March 26 that Sheikh Mujibur Rahman, Bangladesh’s Father of the Nation, declared the country an independent nation. A war started and, you know, Bangladesh got mukti with the Indian armed forces joining forces with the Mukti Bahini. The war was won after over 90,000 Pakistani soldiers surrendered before the Indian Army. India had entered the war in December.

This was a time when millions of Bangladeshi refugees were already in India. On top of that we had 90,000 additional people to take care of. No regional conflict is purely regional. Countries from other regions come to find a reason to poke their noses too. In this case, the US extended its nose from over 13,576.02 km away to India. The US dispatched its aircraft carrier USS Enterprise to the Bay of Bengal to try and intimidate the Indian government. The Indira Gandhi government did not tell the US to take its nose away but did not care about the nose either. But Indira was concerned about the 90,000 Prisoners of War. Your prisoner is someone’s soldier and Geneva Conventions say treat all soldiers well – if you capture them in a war. If you kill them during the war, well, it is war.

These 90,000-plus men had, however, surrendered after the Pakistan Army signed the Instrument of Surrender. India dealt with these Pakistani Army men respectfully and moved them from one part of the country to another in planes because how we treat people is not about them but about us. Also, they might take a lesson or two in good treatment. Pakistani soldiers surrender in Bangladesh in 1971 before the Indian Army. (Photo: bdnews24.com)

The military commanders of Eastern Command of Pakistani military were held in Fort William in Calcutta. Later, the commanders were held in Jabalpur Cantonment. India and Pakistan signed the Simla Agreement in 1972, which said the men would be released. In 1973, majority of the war prisoners were shifted to Red Fort and Gwalior Fort in New Delhi and Madhya Pradesh, respectively. By 1974, all of them were sent back to Pakistan.

Pakistan was forced out of Bangladesh in 1971 and the Supreme Court today upheld the ouster of Cyrus Mistry as executive chairman of Tata Sons in connection with the dispute between Tata Sons Pvt Limited and Cyrus Investments Pvt Ltd. PM Modi was, meanwhile, welcomed in Bangladesh by his counterpart Sheikh Hasina.

In India, coronavirus is feeling welcomed again. India reported a spike of 59,118 fresh coronavirus cases in the 24 hours between today morning and yesterday morning. So, no good morning there for us. The second wave could extend up to 100 days with its peak in April, says SBI's Group chief economic adviser Soumya Kanti Ghosh. Maharashtra Deputy Chief Minister has said the state could be put under locks again and a decision will be taken on it after April 2.

No good morning for Suez Canal traffic jam either. Tugboats and specialised suction dredgers are at work to move the giant container ship stuck sideways in Egypt's Suez Canal but so far they have only been able to start a meme fest on Twitter.

Most things in Bharat are moving, even though there is an apparent Bharat Bandh across the nation. The Bandh, however, hit parts of Haryana and Punjab. The only other place it had an impact on was Twitter, where #BharatBandh trended.

From a Bharat Bandh that has no impact to a crime that claimed three lives. Panipat Police have arrested a man for cheating three women and marrying them. The man, Ahsan Saifi, stands accused of killing three people – his second wife, his son and his relative.

Three marriages multiplied into countless lies and to cover each lie, Saifi had to speak more lies. Caught by his second wife for having a first wife, Saifi killed her and two others. He went on to marry a third woman till the skeletons tumbled out. So, Saifi hid the skeletons in the house he owned by digging the floor. He then sold the house to a man, who sold it to another woman. This woman wanted to renovate the house so she got the floor dug up and found the skeletons. There is no such thing as a perfect crime.

Skeleton, the Word Of The Day, comes from Greek word skeletons, which means ‘dried up’. When we dry up, we become our skeletons. Ask skinny people how many times they have been referred to as skeletons. Also, ask them how many times they have wanted to turn the person referring to them as skeleton into skeletons. The Oxford dictionary tells us about the importance of the skeleton. It says skeleton is ‘the structure of bones that supports the body of a person or an animal; or a model of this structure’. 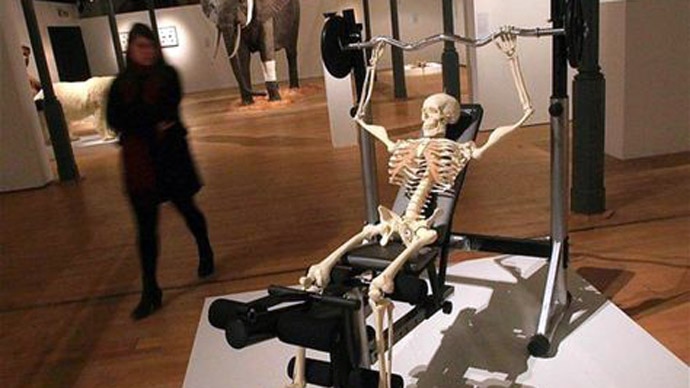 When we dry up, we become our skeletons. (Photo: Reuters)

That shouldn’t make the skeleton too proud because every part of the body is important. When the skeleton is found, you know, the body has been lost.

You can find your full dose of entertainment over the extended weekend, which will extend to Holi on Monday, by watching Star Trek. You may want to start today because today happens to be the birth anniversary of Star Trek star Leonard Nimoy. So for today, watch Star Trek: The Motion Picture, the first of 'em all.

We would leave you watching the movies, but before we leave you, just wanted to inform that President Ram Nath Kovind today visited Army hospital for a check-up after a chest discomfort. President Kovind is all fine and stable.

You stay fine by playing a safe Holi (or not, if you're the no-Holi kind).

We will see you on Tuesday.