Why hefty traffic fines are good, but not good enough

India Today Group Editor-in-Chief talks about why Indian roads continue to be deathtraps and what needs to be done to end the dangerous driving culture, in the September 30 edition of India Today magazine.

“Indians,” late columnist AA Gill once observed, ‘drive with an ambivalent extempore gusto, unencumbered by the handicap of rules, training, or insurance, but bolstered by a startling belief in reincarnation.’ They also, if I may add, drive on roads that are poorly lit, have faulty signals and potholed surfaces that resemble moonscapes. We have built spacecraft that can withstand the rigours of space travel, but we seem unable to build roads that can survive a single rain shower. Our roads, thus, are a cocktail of appalling driving culture and abysmal infrastructure. This lethal combination makes any journey a road to perdition. Indian roads consistently record the world’s highest traffic-related fatalities. In 2017, 147,913 people died in accidents on India’s roads, which amounts to 405 deaths every day or 17 deaths every hour. In the 15 years since 2002, India lost over 1.9 million people this way, nearly the combined populations of Goa and Sikkim.

Many of the dead and injured have no health insurance and the loss of life has a debilitating impact on their families. The explosive growth in motor vehicles and the increase in the cases of overspeeding, drunken driving and defective vehicles has compounded matters. Government data shows that bad driving was responsible for 78 per cent of road accidents in 2017, suggesting poor driving skills and no fear of punishment. 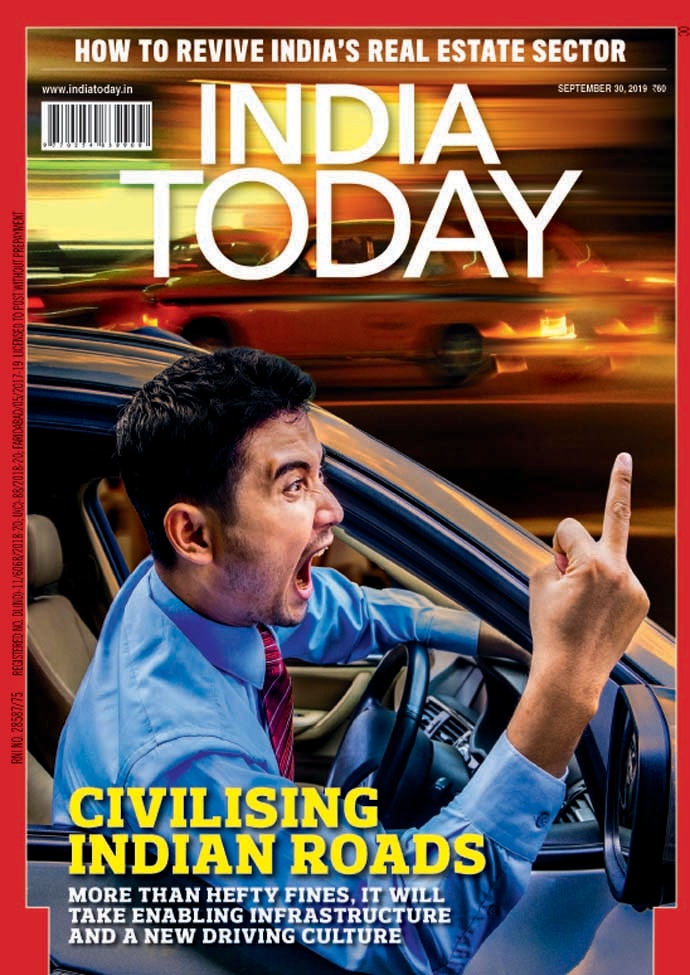 Each time a lawless motorist — who does not wear a helmet or a seat belt and breaks rules with impunity — hits the road, he not only endangers his own life but also those of other motorists and pedestrians. It truly boggles the mind why we haven’t been able to introduce a sensible national law for so many years to tackle this calamitous loss of life and limb.

A new Motor Vehicles (Amendment) Act, which came into force on September 1, 2019, aims to change this. It has proposed significant changes, among them a substantial escalation in penalties. The penalty for drunken driving, for instance, has been hiked from Rs 2,000 to Rs 10,000; for driving without a licence, from Rs 500 to Rs 5,000; and for driving without a seat belt, from Rs 100 to Rs 5,000. The fines have had a salutary effect as evidenced by the improved road sense in cities and a surge in applications for insurance and driving licences. This is proof that in India, sometimes nothing works like punitive action. There has, however, also been a backlash and, astonishingly, several Indian states have succumbed to spurious populism. The state governments of West Bengal, Punjab, Madhya Pradesh, Telangana, and even BJP-ruled Gujarat and Uttarakhand, have taken the bite out of the amended Act, either by reducing the quantum of fines or by simply delaying its implementation. Only Haryana, Bihar, Assam and Tripura have decided to implement the revised Act in toto. Their baffling behaviour could well explain why successive governments have baulked at modifying the Motor Vehicles Act.

Our cover story, ‘Civilising Indian Roads’, by Senior Editor Kaushik Deka, looks at the modifications introduced by the government and what more needs to be done. We also have an interview with Nitin Gadkari, the Union minister for road transport and highways, the man who has championed this new Road Safety Act for several years and now finds himself in the centre of a storm.

While the legislation is a welcome step, it does not absolve the state of the responsibility of improving road infrastructure. Part of the reason our roads and highways are deathtraps is because they are badly designed, lack first-aid facilities, are poorly lit and have faulty signalling. They are the equivalent of a motor car without indicators, air bags or brakes. My sense is that if the citizen understands that his fines and taxes are going to go into providing better infrastructure, he will have no hesitation in paying up. As with many of our problems, a change in mindset is the first step towards any solution.

Also read: Why India’s Moon mission needs to be celebrated

Post your comment
#Nitin Gadkari, #Drunk driving, #Dangerous driving, #Motor Vehicles Act
The views and opinions expressed in this article are those of the authors and do not necessarily reflect the official policy or position of DailyO.in or the India Today Group. The writers are solely responsible for any claims arising out of the contents of this article.