DailyOh! Yoga training on your phone now, to what Black Caps play during rain

Yoga had become a ray of hope at a time when the entire world was battling the Covid-19 pandemic, which has led to more than 4 million deaths and infected 178 million people so far. That is what Prime Minister Narendra Modi said early this morning while addressing the nation on the 7th International Yoga Day. 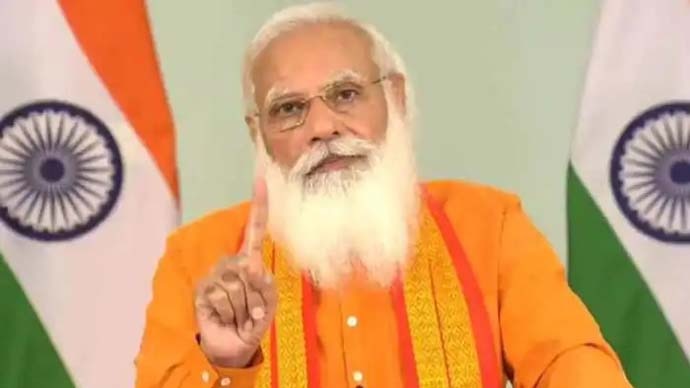 "The 'Yoga For Wellness' theme for this International Yoga Day has encouraged people even more to perform yoga," PM Modi said this morning addressing the nation.

The PM said, “For two years now, no public event has been organised in India or the world, but enthusiasm for Yoga has not gone down."

Watch this ITBP officer who performed the Surya Namaskar in the sub-zero temperature, at an altitude of 18,000 ft in Ladakh.

And if the enthusiasm has rubbed off on you, the PM launched the mYoga app today. The app intends to provide yoga training and practice sessions of varying durations to laypersons and enthusiasts alike.

On this day, our choice of the Word of the Day is obvious — yoga. The word comes the Sanskrit root युज्  (yuj), which means 'to join' or 'to yoke' or 'to unite'. According to ancient Indian scriptures, the practice of yoga leads to union and perfect harmony between the mind and body. Grab a Buddha Bowl for a wholesome diet on Yoga Day (Photo: Getty)

Coming back to wholesome health, that is what the PM highlighted in his speech today. “The great Tamil saint Sri Thiruvalluvar ji said that if there is any disease, then go to its root, find out what is the cause of the disease, and then start its treatment. This is what yoga teaches us,” the PM said, quoting from the 300 BCE Tamil scripture — Thirukkural by the Tamil saint Thiruvalluvar.

But Thirukkural and Thiruvalluvar have gone way beyond influencing just PM Modi. Did you know that Mahatma Gandhi learnt the concept of non-violence from a letter written by Leo Tolstoy who quoted from a German translation of Thirukkural? And Tolstoy did not even write directly to Gandhi.

"A Letter to a Hindoo" was a letter written by Leo Tolstoy to revolutionary Tarak Nath Das on December 14, 1908. The response was to two letters sent by Das, seeking support from the Russian author on India's independence from colonial rule. Tolstoy’s letter was published in the Indian newspaper Free Hindustan and was read by Gandhi. When Gandhi read the quotes from Thirukkural (which Tolstoy refers to as “Hindu Kural”), he was enamoured and took to studying the Kural while in prison. In his later years, Gandhi admitted that he came to know about Thirukkural only from Tolstoy.

From non-violence, Gandhi and Tolstoy, let us take you to the other end of the paradigm. And by that, we mean Osama Bin Laden. The slain terrorist has been called a “martyr” by Pakistani PM Imran Khan. He said, “I will never forget how we Pakistanis were embarrassed when the Americans came into Abbottabad and killed Osama Bin Laden; martyred him.” The speech was in Urdu and Khan had used the word “shaheed” for Laden. 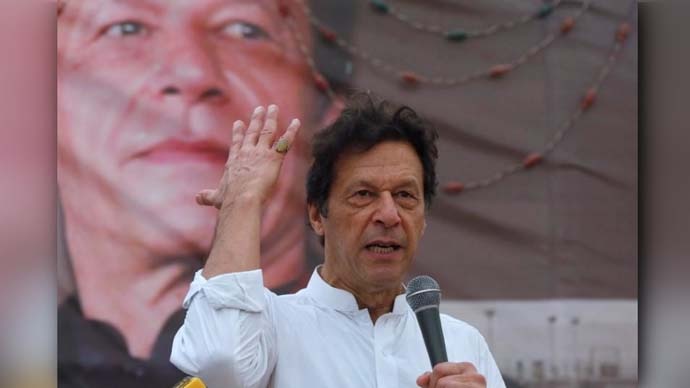 And Khan’s verbal gaffes don’t end there. In an interview with "Axios on HBO", he went on to say, "If a woman is wearing very few clothes, it will have an impact on the men, unless they are robots. It’s just common sense." It is one thing to put one’s foot in one’s mouth and another thing altogether when the Pakistan PM puts his whole leg in his mouth.

This is the interviewEarlier, PTI spokespersons argued the PM never attributed women’s dress to sexual violence but was speaking generally about pardah for both men and women Here the PM leaves no room for any doubt (or spin)A pity the outcry earlier had no impact on him pic.twitter.com/bHCBmFxvyv

Coming to politics of violence closer home, the Calcutta High Court today dismissed the West Bengal state government's plea. The Mamata Banerjee-led TMC government filed an affidavit before the Court yesterday, appealing it to recall its previous judgment that directed the NHRC to examine all cases of alleged post-poll violence in the state.

Human violence leads to assault and violence by the virus leads to deaths. Mercifully, India has been seeing fewer and fewer cases of Covid carnage in recent times. Take, for instance, Delhi. The national capital recorded 89 fresh Covid-19 cases and 24 deaths in the last 24 hours since Sunday morning: the lowest daily cases this year.

Speaking of Covid, many of us would have received at least one dose of the vaccine by now. However, do we need a Covid-19 vaccine booster shot? World Health Organization is undecided on it. WHO’s chief scientist Soumya Swaminathan has said there isn’t much information available to make the recommendation on whether or not booster shots will be needed. Amidst the vaccine shortage and supply delays, this comes as significant news. More so, because PM’s promise of “free vaccines for all” embarks today.

From all the news of politics and the virus, let us take you to the world of sports. Rain continues to play spoilsport in the historic ICC World Test Championship Final, 2021. Continuous drizzle in Southampton has washed out the first session on Day 4 too, of the match between India and New Zealand. However, if we are to get a result in this historic match, the rain gods must relent and allow some action on the field today.

But then there are those who will make the most of anything, including the match edging towards an indefinite start and result.

The New Zealand cricketers are making the most of the rain-induced delays: they have resorted to playing table tennis inside their dressing room. Lovers gonna love, haters gonna hate, and players gonna play. Cricket or TT. 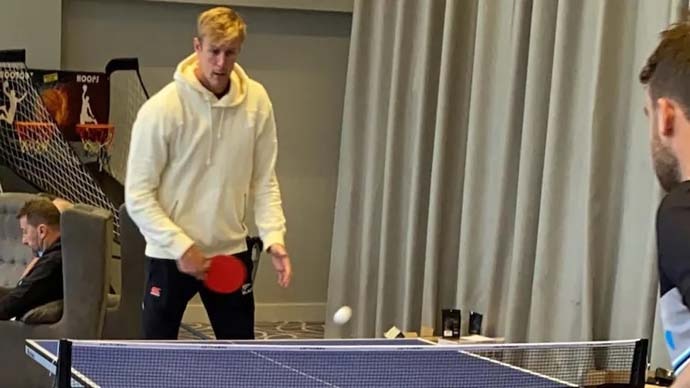 Kyle Jamieson plays table tennis with a teammate as the wait for play to begin on Day 4 continues in Southampton. (Photo: Twitter/ @BLACKCAPS)

We say bye for today on that note. See you tomorrow.

Also Read: Why it is time the Left changed their stand on caste