Did Enigma, the mysterious black diamond, really come from space?

Sotheby's is putting a mysterious black diamond up for sale for millions of dollars on February 3 in London. But what are its origins and why is the diamond mysterious?

What kind of jewellery collection do you own? Would you like to add a rare diamond with possible interstellar origins to the collection? All you’ll need is a few million dollars in your purse. The black diamond named the Enigma is going on auction at Sotheby's. Photo: Sotheby's

The American auction house Sotheby’s is putting a rare black diamond called the ‘Enigma’ up for auction in London. Bidding opens on February 3. They expect the diamond to fetch anywhere between US $4-7 million or Rs 29-52 crore.

The diamond weighs a jaw-dropping 555.55 carat and was polished into 55 facets. The number 5 keeps recurring throughout the pattern in the diamond, which is culturally significant to Islam.

The design of the diamond is said to be inspired by the Islamic palm symbol called the Khamsa or Hamsa, which is used as a tool to ward off the evil eye.

But why is this diamond so expensive and what are its mysterious origins? A closer look at the black diamond. Photo: Sotheby's

So, if you are considering putting in millions of dollars of money into the black shining rock, make sure to know some of the facts:

ORIGINS OF THE DIAMOND 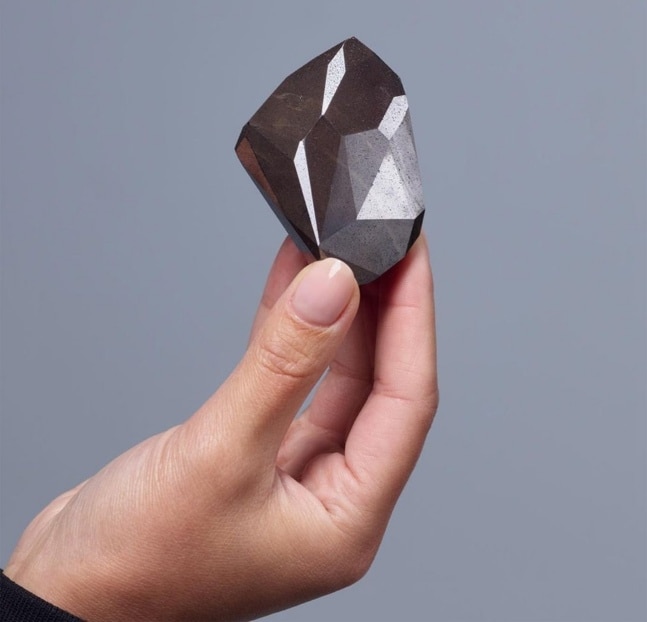 However, the Guinness Book of World Records lists one Ran Gorestein of Belgium as the person who commissioned the creation of the diamond. And it is apparently inspired by Ran Gorenstein.

DID IT COME FROM SPACE? The Enigma has been described as a carbonado type of black diamond, which the GIA also mentions. There is something special about the carbonado diamonds because they are largely believed to have come from outer space.

How the stones came to Earth is however disputed and remains inconclusive to date. carbonados are found on the surface of the Earth, unlike normal diamonds that are found deep inside the Earth in kimberlite rock. This suggests that the stones likely have extraterrestrial origins.

Scientists are still trying to find out whether the stones came to earth when a meteorite hit earth, or when a supernova exploded sending the crusts of diamonds to earth. It needs to be noted that carbonado diamonds are found only in Brazil and the Central African Republic, which used to be a supercontinent that existed billions of years ago.

Sotheby’s estimates the diamond to be at least 2.6 to 3.8 billion years old.

However, scientists are not too sure about the sales pitch.

Richard Ketcham, a geoscientist at the University of Texas at Austin, who has studied black diamonds, told Live Science that the chances of the carbonado specimens they have studied to be from outer space are low.

“The outer surfaces of carbonados likely have clues bearing on their origin, which are now probably lost," he added referring to the now-cut diamond.

There have been several famous black diamonds worth millions of dollars known to the world. The Black Orlov is said to have originated in India and is supposedly cursed. The story of the Black Orlov goes that the diamond formed an eye of Lord Brahma at a temple in Pondicherry, which was later stolen and ended up in a Russian Princess’s hands.

It is said that whoever possesses this diamond suffers from bad luck, and the diamond is also cited to be the reason behind three suicides. But that’s just legend and there’s no proof to the story.

The Spirit of de Grisogono 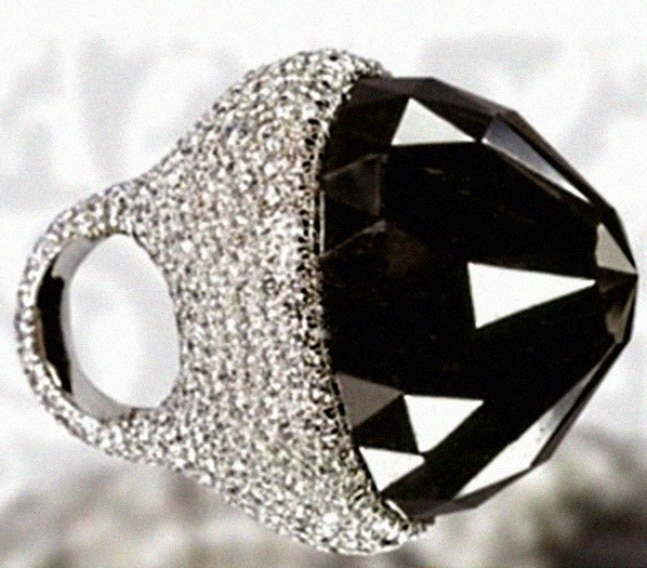 The Spirit of de Grisogono.

This is another black diamond that boasted of being the largest rough black diamond ever found at 587 carats, larger than the Enigma. However, this diamond was cut in a Mogul design by a Swiss Jeweller and now weighs around 312 carats.

If you are considering buying the black beauty, you should know that while naturally occurring black diamonds are rare, their market demand is low compared to colourless or white diamonds. And hence, the price of black diamonds is often less in comparison.

Sotheby’s contends that black diamonds have not been historically popular, but says that they are gaining popularity slowly.

What do you think, will you buy this black diamond? Sotheby’s will also accept cryptocurrency if you are falling short of cash!

It does make up for an interesting story to tell your friends and family... that is, if there are a few million dollars lying around in your purse.

#Carbonade, #Sothebysblackdiamond, #Sothebys, #Enigmablackdiamond
The views and opinions expressed in this article are those of the authors and do not necessarily reflect the official policy or position of DailyO.in or the India Today Group. The writers are solely responsible for any claims arising out of the contents of this article.