Raya Sarkar should ensure the alleged sexual harassers’ list is substantiated with the exact nature of charges against each accused.

An aftermath of the alleged sexual predators' list in academia published by Raya Sarkar on her Facebook wall has been a general silence (barring one or two strong rebuttals, such as one by Ashley Tellis in DailyO) from those featured in that "Hall of Shame". If one or two responses were posted on Facebook pages, they were taken down quickly.

Looks like the pattern is being broken now, with Partha Chatterjee, one of the senior-most among the accused, now responding with a brief but firm statement on the "name and shame campaign". Published in the portal The Wire, Chatterjee's statement says the following:

"I recently came to know of a circulating spreadsheet that claims to be a list of Indian male academics who have been accused of sexual harassment.

I find that my name occurs twice in that list.

In the first instance, my institution is named as the Centre for Studies in Social Sciences, Calcutta, with the figure 1 under the column "Number of victims"; the rest of the columns including "Description of complaint" and "Year of violence" are blank.

The second entry mentions my institution as Columbia University with the "Number of victims" column left blank. It is unclear why the second entry appears on the list. 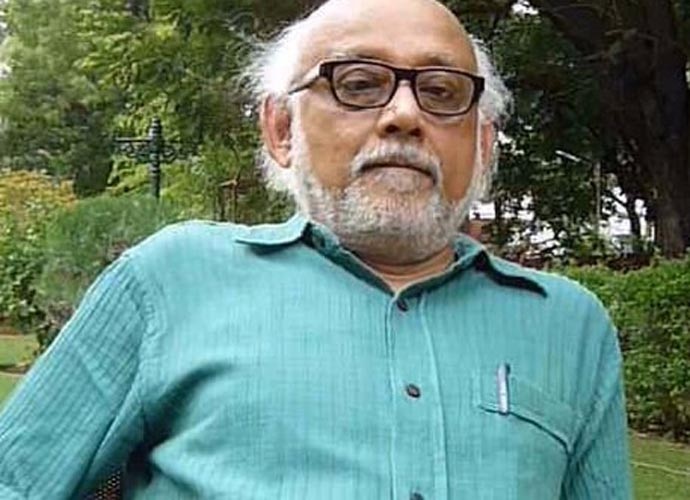 I wish to state that there has never been a single complaint of sexual harassment made against me. Moreover, I am certain that in 44 years of my association with the Centre for Studies in Social Sciences, I have never been involved in an incident in which I could be accused of having sexually harassed a student.

I believe it is fair for me to demand that the nature of the allegation against me be made known to me so that I could make a specific response to it. Otherwise, I demand that my name be removed from the list."

While Chatterjee, no doubt a renowned historian and social scientist as indicated in the one-line bio that appears at the end of the statement, asserts that in his 44 years of association with the Centre for Studies in Social Sciences, there was never his involvement in any incident of sexual harassment - he was never openly accused, that is, he also asks - we'd say fairly enough - to be communicated the nature of allegations against him, so that he can respond accordingly.

This is a just and logical demand. While the controversial list has divided and spooked vocal Indian feminist doyens, and they have made known their ire with a statement on the portal Kafila, followed by a longer piece by professor Nivedita Menon, also on Kafila, one of the biggest problems with the list, according to them, is that names are often not accompanied by the exact nature of the complaint.

Menon and the 12 other feminist scholars and activists, including Ayesha Kidwai, Kavita Krishnan, Brinda Bose, et al, have rued that the list bypasses institutional mechanisms that have been put in place with painstaking work involving years of dedication. Though they have been accused of turning a deaf ear to the younger women in academia, often from Dalit, non-savarna backgrounds who end up facing sexual exploitation through other means - threats, passive aggressive behaviour within campus, cutting off access to supervisors, in case sexual favours solicited or hinted at without tangible proof are not provided - Menon and others are not entirely wrong to put their faith in the institutional mechanisms.

Which is why Raya Sarkar’s latest response on her Facebook page – that to Chatterjee’s statement – is inadequate.

Sarkar says she hasn’t been keeping track of the list –

“... Inji was… I wasn’t paying attention to the spreadsheet as I have mid terms to study for and this has been very overwhelming for me”. While the actual circumstances of Sarkar taking on the academic establishment are both dramatic and bold, her response should have been a little more assuring that the exact nature of the complaints will be produced when those accused so demand. Everyone gets a fair chance to defend themselves, even a murderer, or a terrorist caught red-handed, like Ajmal Kasab.

The universities and colleges were brought under the Vishakha guidelines after much struggle, and it's only fair that their side, which is to have the resolution via "due process", is also given its due. Not only will it substantiate the list with the exact nature of the complaint, it would also make the campaign more transparent.

Responding to Partha Chattejee's statement with all the rigour that institutional mechanism requires is essential to both maintaining the integrity of the list, and also not to wreck what has been achieved after years of struggle. It's time to listen to each other, especially the feminists, both older and the newer crop, instead of mudslinging at each other, or throwing heaps of condescension at one another.

Raya Sarkar must shoulder that responsibility, and ensure that it gets done in time. Otherwise, the older feminists will be proved right in saying that this was merely a name and shame campaign. And that would be unfortunate.