Name missing from NRC final draft, retired teacher in Assam commits suicide. Who is to be blamed?

On October 20, a retired school teacher, Nirodh Baran Das, hanged himself from a ceiling fan in his living room in Assam's Darang district. Das was reportedly battling depression after his name didn't appear in the final NRC draft. The deceased had served as a teacher for 34 years and passed his matriculation in 1968. The year of matriculation is important considering the NRC cut off date — the midnight of March 24, 1971.

Nirodh Baran Das served as a teacher for 34 years. Passed matriculation in 1968. But he was excluded from complete draft of NRC. In the reason for exclusion it was stated that he has been declared a Foreigner.He committed suicide today.Rest in peace. pic.twitter.com/wG9joPcNiZ

His family contests he had all the necessary documents. Yet, his name was not included in the NRC list. Locals of the area — Kharupetia in Darang district — are in a state of shock and outrage following the incident.

But this is not the first reported NRC-related death following the publication of the final draft after which 40,07,707 names were kept out of the register over "discrepancies". 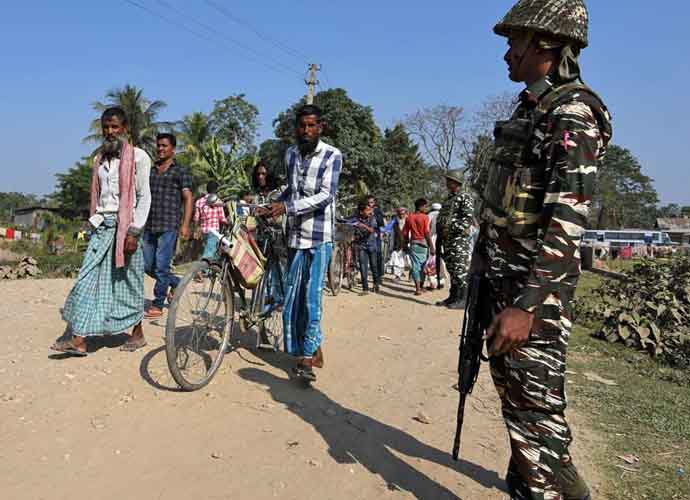 Just a few days ago, another teacher in Udalguri committed suicide over non-inclusion of name in the complete draft NRC. Ironically, 59-year-old Bimal Chandra Ghosh was also working as a liaison officer of Hatigarh NRC Seva Kendra and was reportedly battling acute mental trauma due to NRC.

According to Bhajan Sarkar, the principal of Tangla Model High School, where Ghosh was working as an assistant teacher, "he [Ghosh] was very upset over the progress of the NRC work".

There have been more NRC-related deaths.

In September, a 37-year-old daily wage labourer's body was found hanging from a tree in Baksa district. The deceased was reportedly upset that his mother's name was not included in the NRC list. Binoy Chand had reportedly exhausted all his money fighting a legal battle for his mother in the Foreigners' Tribunal after she was declared a "doubtful" or "D-Voter". His family and some neighbours claimed that after his mother lost her case in the tribunal, Binoy wanted to approach the high court but did not have money for it. This had left him mentally disturbed.

NRC claims life of another Hindu in Assam as retired teacher, Nirod Baran Das from Dalgaon in Darang dist commits suicide after bring tagged as 'foreigner'. This is followed by death of Gopal Ch Das from Odalgudi & Bimal Ch Ghosh from Tangla. NRC is meant to target Bengalis only. pic.twitter.com/dTF2GRAQ5a

In September again, a 70-year-old man was found hanging from a tree outside his house in Kanuri part 3 village of Dhubri. Reports and police statements suggest that the man committed suicide as the name of his son was not on the final draft list of the NRC. Apart from his son, the names of his two grandchildren were also not there on the list. According to police, Deben Barman, the deceased belonged to the Koch Rajbongshi community and was a farmer. Barman's neighbours also claimed that he was upset over the non-inclusion of his son's name in the NRC.

In April, a woman in Dhubri killed herself. Sahimoon Bibi, 45, was originally a resident of Bihar's Muzaffarpur district.

Bibi too was reportedly under pressure to produce documents which would help enlist her on the National Register of Citizens (NRC).

In all these deaths and the silence of the government, what is common is the fear that runs deep of getting weeded out of Assam for being "foreigners" staying illegally in the state. The 'undeclared' list of those who have killed themselves includes both Hindu and Muslim names of suspected illegal foreigners.

Nervous Hindu Teacher of Darrang District, #Assam commits suicide for being excluded from the #NRC list. #Hindus must be kept out of this NRC exercise as all Hindu Refugees are supposed to be issued with provisional citizenship.@PMOIndia @HMOIndia @sarbanandsonwal @himantabiswa pic.twitter.com/aIy7oP578t

While it is difficult to ascertain if all those whose names didn't appear in the NRC are indeed genuine Indian citizens or illegal migrants, but there is no denying that these deaths were avoidable. They would not have happened had different policy choices been made.

But the choices have been made, and the consequences are unfolding. Those on the other side of the NRC debate would argue that they just want the "illegal immigrants" to be deported, and not dead. But how good is a life stripped of basic human rights?

How many genuine citizens are ready to take responsibility for the trauma caused to the suspected outsiders?

How many governments and political parties would take responsibility for the policy flaws that cannot and didn't foresee the humanitarian crisis resulting from loopholes created by decades of delay in implementing the NRC update?

For all we know, some of them may not have been genuine Indian citizens. May be a Bangladeshi immigrant. May be not. Those who feel they are the real claimants of genuine Assamese ancestry and want every single "Bangladeshi" out of Assam and India, would say that the state and the country are not responsible for their lives and livelihoods. But Assam and India absolutely bear responsibility for their deaths.

It’s never possible to know the actual toll of a policy — the mental trauma, the physical displacement. A popular demand made by people who assert to be bigger claimants of the land.

What we do know is that the entire exercise of NRC has left many disgruntled, many more traumatised and many taking their lives. Yet we don't know if the real 'foreigners' will ever be deported.