How Modi has set the tone for 2019: The Pradhan Sevak is back

In his interview to ANI, the Prime Minister gave direct answers to pointed questions, even interjections.

It is not defeat that finishes a man — it is the inability to learn and make amends that drives him to his nemesis.

On the very first day of the new year, BJP leader and India’s Prime Minister, Narendra Modi, made it clear that he is not going to be that man — not yet.

In an interview given to ANI, Modi showed he is ready to learn, course-correct and fight back.

His tone and tenor were proof that he knows a change of strategy is now inevitable — and he needs to answer the real questions facing the country.

All interviews given by people who occupy positions of power such as the PM’s chair are scripted to the extent that the questionnaires are generally shared with the interviewee well in advance. The interviews that Modi has given so far have been no different. 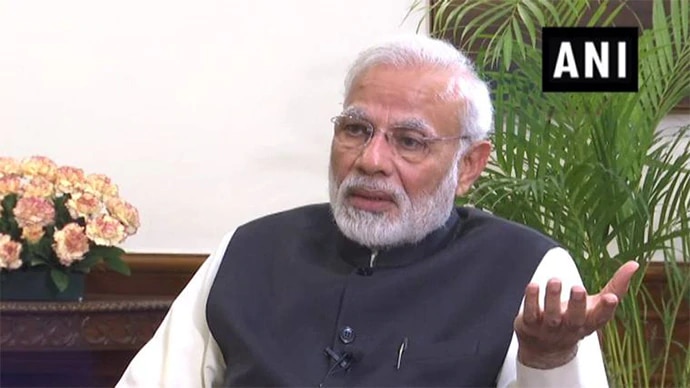 PM Modi looked ready to change his politics in the face of a series of electoral losses. (Photo: ANI)

It is unlikely that this one was.

But unlike previous interviews that looked more like exercises undertaken to sing paeans for Modi, this one saw the Prime Minister give direct answers to pointed questions — even interjections.

The interview comes on the back of losses suffered by the BJP in three states of the Hindi heartland, charges of impropriety in the Rafale controversy where Modi has been accused of helping Anil Ambani, and criticism over demonetisation and the implementation of the Goods and Services Tax (GST). 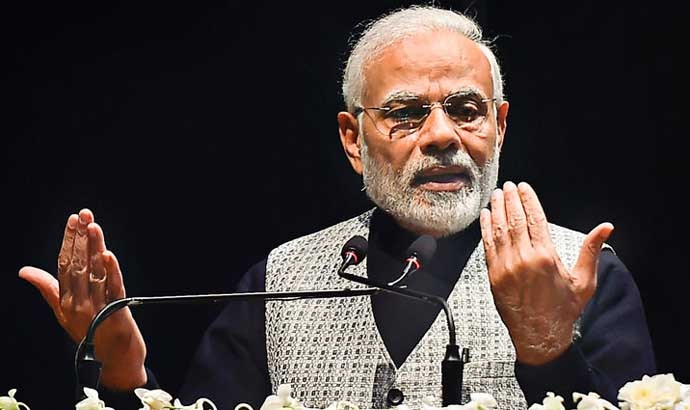 It's all about him. And it's not. PM Modi's words were simple, yet layered. (Source: PTI)

A series of by-poll losses is also what the BJP faced in the year gone by, raising questions over whether the 'Modi magic' was waning.

But Modi used the interview not just to extol the virtues of the numerous schemes launched by his government, but also to talk about demonetisation and GST, farm loan waivers and the triple talaq ordinance.

The recent embarrassment faced by Modi when questioned about the hardships being suffered by the middle class due to the burden of tax, after BJP worker Nirmal Kumar Jain brought up the topic, also came up during the interview.

On December 19, Modi dogged the question put up by Jain during a teleconference with party workers, saying ‘Puducherry ko Vanakkam’ — a line that became an inspiration for several memes and jokes in no time.

Meanwhile, a resurgent Congress president Rahul Gandhi has increasingly begun to look like a leader who is ready to take on tough questions — on the other hand, Modi had come to be the subject of opprobrium for not talking about real issues.

Now however, the Prime Minister used the ANI interview as an opportunity to dispel that belief by even talking about lynching and hate crimes, going on to assert that every such incident is condemnable. Modi also said that despite such instances, the basic fabric of India represents inclusiveness.

Answers given by political leaders are open to scrutiny and rebuttals, but the problem arises when leaders start to look like they are averse to accountability.

Modi has shown that he is ready to go back to being the accountable Pradhan Sevak he once promised to be.

In a welcome relief, Modi refrained from talking about Jawaharlal Nehru now and also from making direct mentions of Rahul Gandhi, giving an indication that he isn’t completely detached from the truth that people are tired of the unabated political tu tu-main main that has recently suffused the atmosphere.

Modi still has a lot of fight left in him. We saw sparks of that in his interview yesterday when he fought back — nicely.

Also read: In protesting against 'The Accidental Prime Minister', the Congress seems to have forgotten what Manmohan Singh taught it

#PM Modi, #Rahul Gandhi, #Modi interview, #Narendra Modi
The views and opinions expressed in this article are those of the authors and do not necessarily reflect the official policy or position of DailyO.in or the India Today Group. The writers are solely responsible for any claims arising out of the contents of this article.