Tripura minister reportedly gropes woman in Modi's presence: Why the PM can’t afford to remain quiet on this

It is bewildering the BJP has not sought an explanation from the minister in question, not even promised an inquiry. The party blames the Left Front instead.

When women in this country decide to venture out, they invariably wonder if the time at which they are heading out and the place they are headed for are both safe.

As a woman, one is conditioned to think this way. But women also know that there is no such place, no such time they can truly call 'safe'.

A woman can be groped, molested, even raped just about anywhere and anytime of the day. This can happen in full public view.

This can happen in the presence of the Prime Minister of this country.

A Tripura woman minister got to know of this when a ministerial colleague allegedly groped her on stage in the presence of Prime Minister Narendra Modi.

Modi was on stage to inaugurate a project and, as the video shows, he did not notice what was happening. Tripura chief minister Biplab Deb was reportedly also present on the stage when the purported incident happened. But, despite the video and the shock over it, the BJP’s reaction to the whole episode has been despicable.

The video purportedly shows Manoj Kanti Deb, who holds the Food, Youth Affairs and Sports portfolios, put his hand on the waist of a woman on stage, who also happens to be a tribal leader. The woman is seen sharply brushing off his hand.

As Tripura's Opposition Left Front demanded that Deb be sacked for "touching" the woman in an "indecent manner", the BJP said that the Left Front, after raising "non-issues" against the BJP government, has now "started character assassination of BJP ministers on false and non-issue matters". 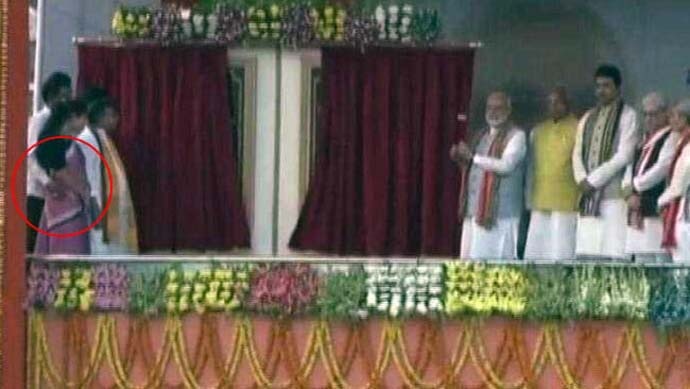 But a woman being touched inappropriately is not a "non-issue" — it should not be.

It is bewildering the BJP has apparently not sought any explanation from the minister in question — not even promised an inquiry.

It is incumbent upon the national party to question men who abuse women sexually and verbally. If such sexual predators belong to the party, it is expected of the party to set an example.

The BJP must explain on what grounds Deb has been given such a clean chit.

If a woman in this country can be molested on a stage where the Prime Minister is present, what hope do women have elsewhere?

In most cases of sexual abuse, it has been observed that organisations and parties try to protect sexual perpetrators. Perhaps they are scared of accepting that a sexual predator worked for them. Or, they are afraid that if the Pandora's Box of accusations is allowed to open, the conduct of several could be found severely wanting.

What organisations and political parties need to understand is that the real problem lies in shielding men accused of sexual misconduct. Misogynistic men, who rape and molest women, lurk in every corner — offices, political parties, even homes. You can’t identify them unless someone complains — or you catch them red-handed. 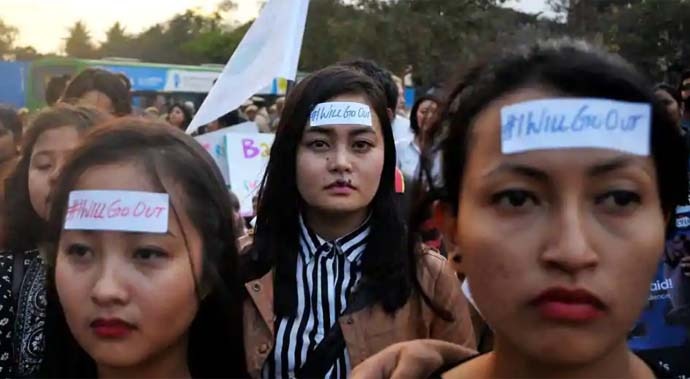 Women must be reassured that the streets and stages in this country belong as much to them as to men. (Source: Reuters)

But letting off such people with clean chits, despite catching them red-handed, is a huge disservice to women as a community. In this bid to save their 'image' political parties cannot be allowed to shield sexual predators.

The BJP cannot wash its hand of the episode by blaming the Left Front. It needs to explain how and why its minister is apparently touching a woman in the way he is.

But first, Modi himself should reach out to the woman in question and ask her to speak up, assuring zero tolerance towards any harassment. Women are often scared to speak against harassment. In this case, especially since many would ask her to shut up as this could amount to bad PR for the PM’s event, the pressure on her to remain silent could be high.

Modi needs to hear her out before his party gives the man an 'innocent' card. The incident reportedly happened in his presence and he has earlier promised the women of this country a safer world.

It's high time he kept his promise.

#Manoj kanti deb, #Rape, #Molestation, #Tripura
The views and opinions expressed in this article are those of the authors and do not necessarily reflect the official policy or position of DailyO.in or the India Today Group. The writers are solely responsible for any claims arising out of the contents of this article.