Rahul Gandhi’s wishes and brickbats for PM Modi – all in two tweets.

As much as 38,000 square kilometre of Indian territory is under Chinese occupation, said Defence Minister Rajnath Singh in Rajya Sabha, without putting a mask on, while also saying India won’t allow any change in status quo. So is the Chinese occupation of the 38,000 sq km in the Union Territory of Ladakh part of the status quo that is supposed to stay? These are strategic questions and for any strategy to succeed, it is important that strategic questions are not answered in public.

But China also occupies 5,180 sq km of Indian land in addition to the 38,000 sq km. This land was handed over to China under the Sino-Pakistan Boundary Agreement of 1963. Pakistan gave the land to China after taking it from India. India will have to take the land from China and not Pakistan, which took it in the first place. The fight, however, is not for what is gone because that is status quo. That can stay. The fight is to ensure that the status quo is not changed. To change the status quo, China has changed the playlist. Mandarin is out, Punjabi is in. Before you go gaga about the Punjabi raga, here’s the spoiler: China is doing it as part of its propaganda warfare.

Chinese troops posted on the forward positions in Ladakh have started playing Punjabi songs on loudspeakers. This could be China’s way of distracting Indian soldiers and reminding them of their homes. What the Chinese bid reminds us of however is how the US got Manuel Noriega to surrender using heavy metal.

Moreno was a Panamanian politician and military officer. He was the de facto ruler of Panama from 1983 to 1989. Moreno had ties with US intelligence agencies but it was the US agencies that went after him because he was drug trafficker and dictator. In 1989, the US, under President George Bush Sr, invaded Panama and Moreno knew his end was near so he took refuge in the Vatican's Embassy in Panama City, on December 25 that year.

International rules don’t allow countries to enter embassies because embassies are sovereign. Entering a country’s embassy without invitation is considered violating the country’s sovereignty. But music knows no borders. You can’t force it to know that too. But you can force people to listen to music that they do not want to listen to.

So the US got in a fleet of Humvees mounted with loudspeakers. The Humvees rolled in and rock music rolled out. Moreno tried to brave it. On January 3, he gave up and stepped out. There could be more reasons than rock music which dragged Moreno out, but the US Army has often used ‘musical onslaught’ to get its way. They used Metallica and Thin Lizzy on the frontline in Afghanistan in 2010.

In that respect, Chinese choice of music for India seems ill-informed. Punjabi songs only pep up Indians. Is there a possibility that China is playing the music as a goodwill gesture to make amends for the mistakes it has made? Chances of that are one in a zillion, or we would say, a zilch.

Members of Parliament, who are not NDA members, say the chances of the government hiding the LAC truth are so high that they are certain the government is not telling the whole truth.Twitter is telling no one why it suspended the account of Chinese virologist Li-Meng Yan, who said Covid-19 virus was made in a Wuhan laboratory. The message on her suspended account page reads, “Account suspended. Twitter suspends accounts which violate the Twitter Rules.” Under what rules exactly the action has been taken is not known yet because it has not been told to anyone.

Actor Akshay Kumar has however told everyone his next film Laxmmi Bomb will be releasing this Diwali on Disney+Hotstar. Watch Laxmmi Bomb on Diwali (if you want to) but earn Lakshmi on all days. 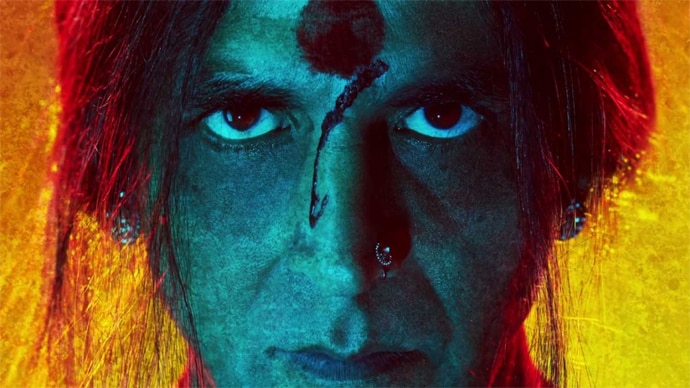 A poster of Laxmmi Bomb.

Diwali will be celebrated on November 14 but September 17 is being celebrated as Prime Minister Narendra Modi’s birthday. Congress leader Rahul Gandhi, who was amongst the first to wish the PM, was also quick to mark the day as National Unemployment Day. The coincidence could be coincidental or intentional. Has Modi taken offence to Gandhi acting as party pooper? Chances are he hasn’t noticed because his birthday celebrations aren’t about a day, but a week – with the week marked as Sewa Saptah. Party workers, and also Modi supporters who do not work for his party, go about planting trees, donating blood, making Bharat Swachh in this week of sewa.

The base word for unemployment is employ. Employ derives from the Latin word ‘implicare’, meaning to engage. Un means not or no in Latin.

Unemployment in India had been rising even before lockdown happened. India has been experiencing a jobless growth, that is, a growth in which GDP is growing but employment is either constant or is in fact decreasing. To tackle the problem, the government has tackled the data. There is no comprehensive data on how many jobs India has lost over the last five years. In 2018, the Birthday Boy said, jobs are not lacking; the issue is lack of data on jobs. How will the issue be addressed? One way is raising non-issues.

Oxfam, however, raised a pertinent issue. The issues of vaccine distribution. According to Oxfam, 13 per cent of the world’s population has already gained access to more than half the supply of the promised vaccine supply. The 13 per cent live in the world’s wealthiest nations. The NGO is talking data. Oxfam analysed deals struck by pharmaceuticals and vaccine producers for the five leading vaccine candidates currently in late-stage trials and found that over half the stock has been bought. So access to vaccine will depend on which part of the world you are in. Supply deals exist for about 5.3 billion doses. Of this, 2.7 billion (51 per cent) have been bought by the developed world, including the US, UK, European Union, Australia, Hong Kong and Macau, Japan, Switzerland and Israel.

We know what you are thinking. What about us in India? The remaining 2.6 billion doses have been bought by or promised to developing countries including India, Bangladesh, China, Brazil, Indonesia and Mexico, etc. The fact that India is the largest vaccine producer would help us get access. Since we produce, we will get to use. Fair game? “Kripya dusron ki sahayata karne se pehle apna mask pehen len.” If you have the vaccine, you may not need the mask.

China has inoculated tens of thousands with vaccines that are still under trial. So, if everyone is getting inoculated, who is the vaccine being tested for? Could be Xi Jinping or could be no one. Everything about China is a matter of speculation. Urmila Matondkar in a still from Ek Hasina Thi.

What did Sushant Singh Rajput say to himself in 2018? “No smoking”, “spend time with Kriti”. The findings have come to light after Sushant’s diary entries were read. Where was the diary? At his farmhouse.

There are our plans and then there are life’s plans for us. What are Modi’s birthday plans? Looks like replying to birthday wishes coming his way.

If it is your birthday today, we send our wishes your way.

#Kangana Ranaut, #Urmila matondkar, #Narendra Modi, #Nationalunemploymentday
The views and opinions expressed in this article are those of the authors and do not necessarily reflect the official policy or position of DailyO.in or the India Today Group. The writers are solely responsible for any claims arising out of the contents of this article.