For members of the nervous and jittery Hindi film fraternity, crawling when asked to bend is not new.

A year after being hauled over the coals by the Shiv Sena for attempting to play a part in his village Ramleela despite being a Muslim, Nawazuddin Siddiqui is set to play Bal Thackeray in the upcoming and widely anticipated biopic - Thackeray -  on the radical right-wing Shiv Sena supremo.

Bal Thackeray, who died in 2012, held openly anti-Muslim views and the Sri Krishna Commission report held several of his party members responsible for the riots in Mumbai in 1993 which led to the loss of over 900 lives. 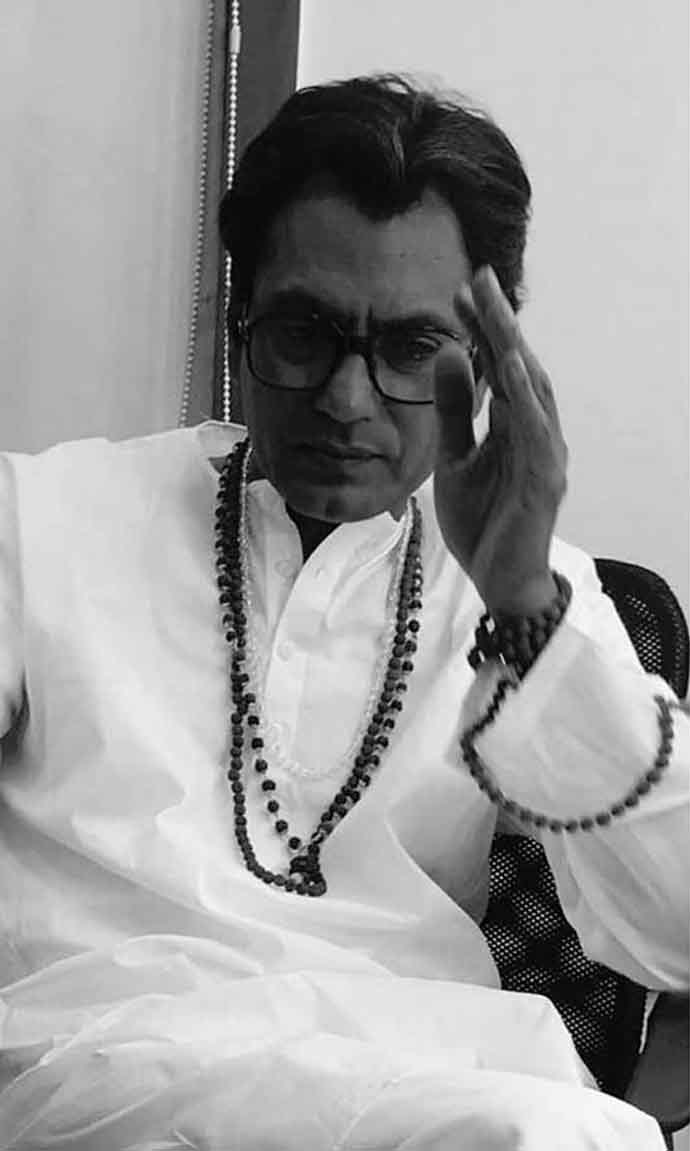 There is no doubt that an actor must enjoy the freedom to portray any character he wishes to, without being judged. But when Nawazuddin tweets his grief at an intolerant society banning him in a Ramleela because of his Muslim identity, and a year later says in a video message, "It's truly a great day for me. I am fortunate to have got an opportunity to enact the role of such a great personality, which any actor in the world would love to. I am sure, Balasaheb will inspire and bless me in this venture," the disconnect is glaringly obvious.

Ultimate Dream of an Actor & I am the most fortunate in the whole world.Here comes the poster of #Thackeray@uddhavthackeray Saab, @AUThackeray @rautsanjay61 , @SrBachchan Sir & Abhijit Panse pic.twitter.com/vzy8cigVck

Nawazuddin also tweeted, "It's an honour and pride to portray the Real King of the Country on Screen," making it a point to thank Uddhav Thackeray, son of Bal Thackeray, Sanjay Raut, a senior office-bearer of the Sena, and Amitabh Bachchan.

It’s an honour and pride to portray the Real King of the Country on Screen.Here comes the TEASER of #ThackerayHearty Thanx to Shri @uddhavthackeray Sir, Shri @rautsanjay61, Shri @SrBachchan Sir and Abhijit Pansehttps://t.co/cYHRUkdJEu

Reacting to this, one Twitter user wrote: "The irony is Bal Thackeray spent his whole life crying that UP migrants will take Marathi's jobs. Finally a U.P migrant is playing him on screen! (sic)"

For his part, Amitabh Bachchan gushed at the launch of the film, "I have had a very personal and familial relationship with Balasaheb Thackeray. I used to attend every function when Balasaheb invited me... he was like a father figure..."

It is one thing for BJP spokesperson Sambit Patra to grant the status of the nation's paterfamilias to Narendra Modi, but quite another for a highly respectable superstar, and a role model to at least three generations to refer to an infamous personality like Thackeray, not too many years his senior, in the same terms.

Yet, this is not an isolated phenomenon as many will be quick to point out.

Late Sunil Dutt, who was a star and Congress MP, became a supplicant to Thackeray and a regular visitor to his residence, Matoshree, when his son was sent to prison under the stringent Terrorist and Disruptive Activities (Prevention) Act (TADA) for possessing illegal weapons.

Thackeray then called up Congress leader Narasimha Rao, who was then prime minister, to lobby for Sanjay Dutt. A committee looking into the issue subsequently recommended bail for him. The stranglehold of the Thackerays on Mumbai film industry is well-documented and needs no recapitulation. Balasaheb gave "protection", friendship and support to individuals and groups when needed, and there was hardly any film personality, big or small, who did not pay obeisance to him at his residence at crucial moments in their career. AK Hangal was one of the few exceptions. In 1993, Hangal had applied for a visa to visit his birthplace in Pakistan. He was invited by the Pakistan consulate in Mumbai and attended the Pakistan day celebrations, immediately inviting the wrath of the Sena.

Bal Thackeray denounced him as a traitor. A call to boycott his films was made, his effigies were burnt and scenes featuring him were deleted from films. Yet Hangal did not bend. Even the legendary Dilip Kumar once said that Bal Thackeray should be called a "lion" and not just a "tiger". However, to his credit, he turned down the Sena chief's directive in 1999 during the Kargil war to return the Nishan-e-Pakistan, Pakistan's highest medal of honour.

For members of the nervous and jittery Hindi film fraternity, crawling when asked to bend is not new.

In the midst of the Emergency in 1976, Sanjay Gandhi and his goons were busy terrorising the country through compulsory mass sterilisations. A musical evening was organised to promote Sanjay Gandhi's five-point programme. No film star from Bombay dared to turn down the invite. All of them turned up, including RD Burman and Dilip Kumar. The one exception was Kishore Kumar. He famously told VC Shukla: "You pay me, I will come!"

Having a spine comes at a cost. A furious Sanjay Gandhi ordered All India Radio (AIR) to stop playing Kishore songs. He was banned on AIR and Doordarshan. At the end, it took scores of film producers to lobby and get the ban revoked.

In an interview to Pritish Nandy in 1985, Kishore said, "No one can make me do what I don't want to do. I don't sing at anyone's will or command."

Given that the entertainment industry, (and that would include sports as well) is not only a huge revenue earner but also a crowd-puller, it has always been a soft touch for politicians, who turn to it when convenient.

The dynamics of this relationship range from outright coercive to symbiotic feeding into a wide gamut of vested interests. The media on its part, taps into this universe of convenience, fear, and greed, and piggybacks all the way to the bank with ratings based on controversial comments, tweets, and ostentatious "cultural" programmes. 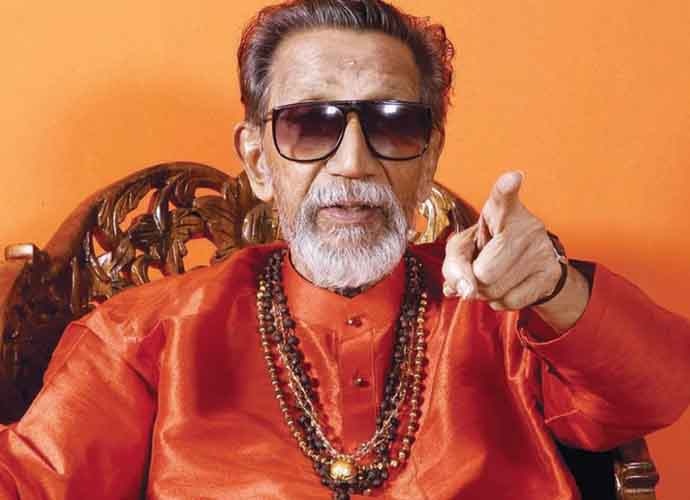 Fringe local outfits such as Karni Sena latch on to Sanjay Leela Bhansali's Padmavati to push themselves on the centre-stage, and grass-root politicians such as Pannalal Shakya, from Guna in Madhya Pradesh, level accusations of anti-nationalism at Virat Kohli and Anushka Sharma for marrying in Italy.

A mammoth self-perpetuating profit-sharing machine has been set into motion with its various cogs and wheels moving in perfect unison, with film stars, politician, godmen of various hues and stripes, and the media, which could mean anything from the once prestigious house of Bennett and Coleman to the scurrilous Postcard News that reportedly operates from some bus stand in Udupi, all jumping into the fray and emerging triumphantly with daily trophies.

The endorsements of public figures, well-settled in their spaces of privilege, naturally favour the status quo. That would mean a natural affinity towards conservatism, orthodoxy and traditionalism, and thus they make for natural allies with the right-wing.

During the days of demonetisation, one was treated to the theatre of the absurd when public personalities who had absolutely no background in economics or were least invested in the daily travails of the poor, paid glowing tributes to the sagacity of the government.

In this backdrop, one is reminded of the film Mephisto (1981) set in Hitler's Germany, where Hendrik Höfgen (Klaus Maria Brandauer) craves centre-stage. After years of slogging in provincial theatres, he's grown so desperate that when the Nazi party effectively offers to make him a star, he doesn't hesitate. Great roles and plenty of praise accumulate quickly, and Hendrik revels in his success. He dreams of ultimately playing Mephisto, and to that end blithely overlooks the profound moral compromises of his situation.

Such a self-serving system not only promotes denial of real-world realities, but also validates different demographics. To address the different strata, one has a Chetan Bhagat tweeting to the new middle class in the faux intellectual vocabulary of the newly initiated sophisticate, a celebrated artist like Shuvaprasanna claiming that Mamata Banerjee is a great artist thus making her fans happy, and the Page 3 of a newspaper read by the upper classes covering the thugs of yesteryear in society parties, signalling that they have bridged the great divide from disrepute to respectability.

And what about the consumers - we the people, in whose hands the rudder and rein of this great democracy lies? We have been reduced to gathering sound bites like shiny baubles, fussing and crooning over them, bickering bitterly and possessively over them on social media, only to discard them the next day, when new tidbits are thrown at us.

The ethical and moral building blocks that an informed democracy is based on have been gradually undermined by eroding the critical abilities of citizens and reducing them to trivia junkies, and we are well down the slippery slope of kakistocracy.

Also read: Why the rise and rise of Rohit Sharma is a big moment for Indian cricket

Post your comment
#Nawazzuddin Siddiqui, #Bal Thackeray
The views and opinions expressed in this article are those of the authors and do not necessarily reflect the official policy or position of DailyO.in or the India Today Group. The writers are solely responsible for any claims arising out of the contents of this article.