The West Bengal government has refuted every allegation levelled by the National Human Rights Commission in its report on post-poll violence.

The West Bengal government today filed a voluminous affidavit before the Calcutta High Court. The affidavit refuted every allegation levelled by the National Human Rights Commission (NHRC) in its report on post-poll violence in the state. The state government has alleged that the NHRC team was “deliberately constituted to spearhead a witch hunt against the entire state machinery in West Bengal.” Mamata Banerjee government has refuted every allegation levelled by the NHRC on the post-poll violence in the state. (File Photo: PTI)

The West Bengal CM Mamata Banerjee though was in Delhi today, paying PM Modi a "courtesy visit". Holding up her umbrella while speaking to the reporters amidst the heavy downpour in Delhi today, Didi said that she discussed the Covid situation in her state. She emphasised the need for more vaccines and medicines. 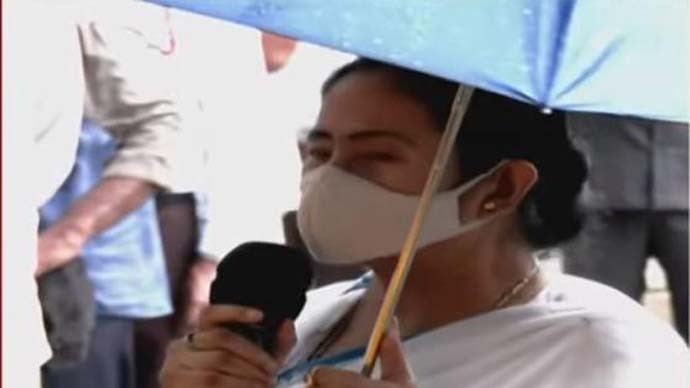 Holding her umbrella in the heavy downpour in Delhi today, Didi spoke to the reporters after paying PM Modi a "courtesy visit".

While that was discussed today at the PMO, the Supreme Court pulled up the Bengal government over the situation of Covid orphans in the state.

Now, it is no news that Covid-19 has left thousands of children orphaned. However, West Bengal reported only 27 children, and Punjab reported that 33 children have been orphaned because of Covid in the entire respective states. Sounds unbelievable? Not just to you, but also to the Supreme Court.

Pulling up several states today over the lack of data on orphaned children, the apex court reprimanded the lawyers for Punjab and Bengal government over the data, and said, “You see the figures in other states. It's not like there was no Covid in your state. We are not inclined to believe these figures.” A sharp rap on the knuckles.

The SC had another Covid-related hearing today. On beggars and the homeless in the country. The Court refused to take an elitist view on the issue. Begging is a function of poverty and a socio-economic issue, and beggars cannot be wished away from public places, the Court said. It turned down a petition to restrain the homeless from begging on the streets to contain the spread of Covid-19. 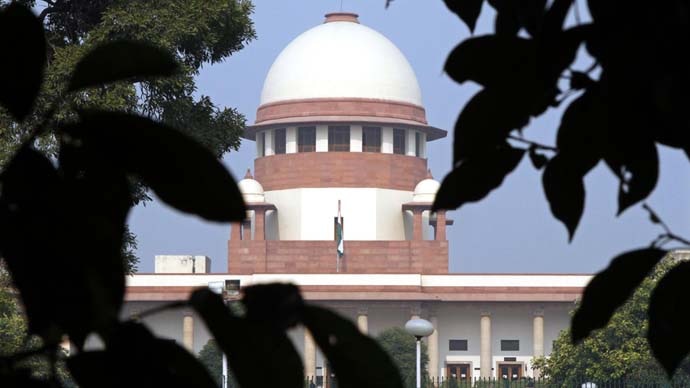 Our Word of The Day today is beg. In our present context, the dictionary meaning for the word is ‘ask for food or money as charity.’  It comes from the Proto-Germanic word bedō that translates to “a request” or “a prayer” or “plea”.

The petition was filed by an advocate named Kush Kalra, who sought to restrain the homeless from begging in public places, to contain the spread of the Covid-19. The apex court further issued notices to the Centre and the Delhi government, seeking their responses within two weeks on rehabilitation and vaccination of the homeless.

In other Covid-related news, Union Health Minister Mansukh Mandaviya today said the Covid vaccine for children is expected to be launched in the country from August. This news comes as a huge relief for parents amidst the scare of a possible third wave affecting children more.

In more news from Mumbai, Kanaga Ranaut has been given a last chance to appear before the court in the Javed Akhtar defamation case. The Metropolitan Magistrate at Andheri in Mumbai has made it clear that a bailable warrant will be issued against the actress if she fails to appear for the next hearing. We have some good news from Tokyo.

Indian boxer Lovlina Borgohain is one win away from getting home an Olympic medal. The 23-year-old from Assam reached the quarter-finals of Women's Welterweight boxing after defeating Germany's Nadine Aptez. A much-needed cheer after disappointing days for the Indian contingent at the Olympics.

Lovlina is an excellent boxer and that fact now stands established. Did you, though, how she got into boxing? All thanks to the newspaper wrapper over a box of sweets her father got her when she was a kid. Allow us to explain. Always a sportsperson, Lovlina used to participate in all the sports events in her school. However, her focus shifted to boxing, when one day her father — Tiken Borgohain — brought home some sweets which were wrapped in a newspaper page.

Lovlina took the newspaper and started reading. As luck would have it, the newspaper article was on boxing champion, Muhammad Ali. She read about The Greatest and was inspired. It was then that she developed an interest in boxing. This anecdote was recounted by her mother, Mamoni Borgohain, who added that Lovlina is also a fan of another American boxer — Mike Tyson. Back to Tokyo Olympics, the Indian men’s hockey team have also given us a reason to rejoice. After being drubbed by Australia in their previous match, Team India bounced back today, defeating Spain 3-0 and securing their second victory at the Tokyo Olympics. Simranjeet Singh opened India’s tally in the 14th minute and dragflicker Rupinder Pal Singh amped it up by scoring a brace (15th and 51st minute) to record a comfortable win in their third Pool A match. Dragflicker Rupinder Pal Singh scored a brace for India, securing a win against Spain in the hockey pool A match at the Tokyo Olympics. (Photo: Getty Images)

Not a fan of the Olympic Games? Then we recommend you watch Sacred Games on Netflix.

With that, we say bye for today. See you tomorrow with more news, views and trivia.