Why catching Nirav Modi will be difficult, if not impossible

Despite the revocation of his passport, the PNB fraud accused travelled three countries on four different dates between March 15 and 31.

“We don't give our criminals much punishment, but we sure give 'em plenty of publicity.” — Will Rogers

A new trend has emerged of late, strangely coinciding with the advent of the Narendra Modi government, that white-collar criminals and bank fraudsters flee the country after gobbling up the taxpayers’ money. First it was Lalit Modi, then Vijay Mallya and then Nirav Modi, his uncle Mehul Choksi and virtually their entire families.

Such has been the torrential outflow of financial criminals from India to abroad that the social media is full of jokes and jibes on business magnates-turned-wanted criminals. One such joke said the Reserve Bank of India has issued a new instruction to the banks that they must not approve loans of those who own a passport. 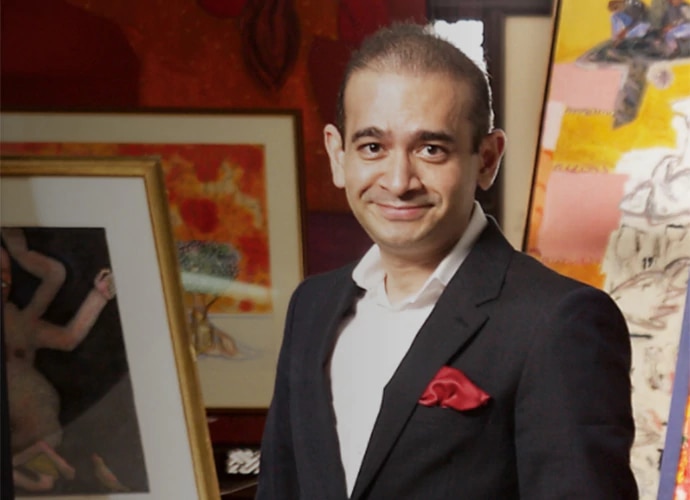 Is it well-nigh impossible to bring these fugitives back to the country? [Credit: Screengrab/NiravMehta.com]

The latest news about Nirav Modi demonstrates how the new age white-collar criminals are always keeping ahead of the law enforcers and how it's well nigh impossible to bring these fugitives back to the country despite the Modi government’s well publicised "mega-efforts" to bring them back. Nirav Modi and his brother Nishal, a Belgian national, have fled to Brussels as per the latest news reports. This comes at a time when media reports have said Nirav Modi has applied for political asylum from British government.

Moreover, Nirav is suspected to have used his Singapore passport, a masterstroke as the Indian government won't be able to do much if he is on his Singapore passport because the non-bailable warrant is against his Indian passport. The Indian investigators have found that there has been no movement detected on Nirav Modi’s Indian passport since March 31, 2018, implying that he is not using it. This further constricts options before the Indian government.

Now, New Delhi will have to first put pressure on the Singapore government to revoke his Singapore passport and then take up the matter with the Belgian government. This will inevitably take time and as weeks and months pass by the bird would have found yet another nest in yet another country.

His international travels have become frequent ever since he fled India in January this year, almost a fortnight before the Punjab National Bank discovered his fraudulent activities, and he has been “sighted" in places like Hong Kong, New York, Belgium, Dubai and London.

The problem becomes all the more complicated as this high-flyer is known to possess multiple passports. No one knows for sure how many countries' passports Nirav Modi has. But there are credible reports that he has passports of Singapore, Belgium (his brother Nishal is a Belgian national) and the United States (his wife Ami is an American national).

Another problem for the Indian government is that Nirav Modi may also be using the revoked Indian passport and countries that do not have the information that his Indian passport has now been revoked might be letting him through. This puts in perspective the great chasm between enacting a law and in its implementation. 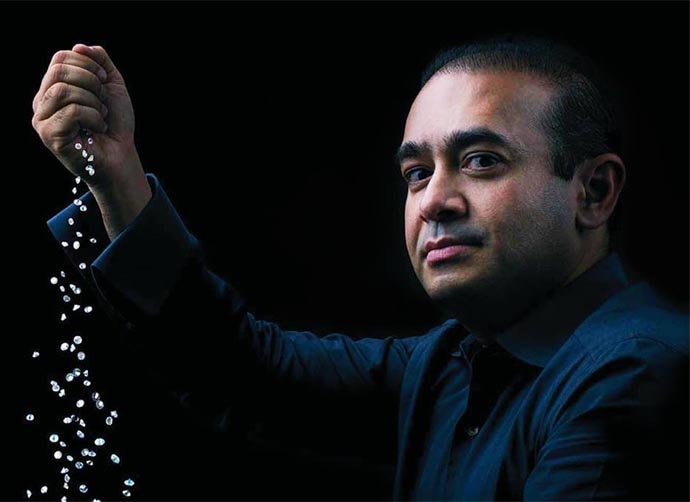 Hopping from one country to another as Indian government plays the "passing the back" game. [Credit: Nirav Modi Jewels/Facebook]

As Nirav Modi continues to hop from one country to another, the various regulators are busily playing “passing the buck” game. RBI governor Urjit Patel told a parliamentary panel on June 12 that it was not possible for the central bank to audit over one lakh bank branches in the country. Patel put the blame of the Nirav Modi fraud on the Punjab National Bank, including its board, and accused the bank of furnishing “factually incorrect” compliance reports. Patel defended the RBI's supervision on the ground that the onus was on lenders. Sample his quote: “As regards the LoUs (letters of undertaking) issued for years without collateral by the PNB branch (in Mumbai) which went unnoticed, it is pertinent to recognise that primary responsibility of understanding the risks undertaken by a bank and ensuring that the risks are appropriately managed through necessary risk mitigants, controls, etc, clearly rests with the board directors of the bank concerned.”

Conversely, the government’s failure to get these white-collar criminals back will prove to be very costly.

Considering the high political stakes involved, the Nirav Modi saga would remain on the front burner until the general elections are over. But catching Nirav Modi and other high-profile people guilty of financial crimes is going to be difficult, if not impossible.

Post your comment
#PNB fraud, #Mehul choski, #Modi government, #Nirav Modi
The views and opinions expressed in this article are those of the authors and do not necessarily reflect the official policy or position of DailyO.in or the India Today Group. The writers are solely responsible for any claims arising out of the contents of this article.