Why it's important to keep the memories of CV Raman alive

November 7 marked the 129th birth anniversary of Nobel laureate and great scientist of world renown, Sir CV Raman, one of the brightest sons of India, whose contributions to scientific research is phenomenal.

It's an irony there was little or no mention of this great man in media on his birthday. Younger generations today perhaps need to know about our scientists as much as they are expected to know about politicians, majority of whom, remain mired in controversies of one kind or the other.

I came across few anecdotes from the diary of renowned photo journalist, TS Satyan, and it's worth sharing - Raman was a scientist who deserves to remain alive in our history lessons to become a source of inspiration.

A grand celebration was held at his Mysore home in the presence of his distinguished students and colleagues, when Raman turned 60 in 1948. The students and colleagues sat in a separate room animatedly chatting with each other while Raman performed a private religious ceremony, sitting in front of the sacred fire, with his wife. The whole house, filled with smoke emanating from the sacred fire, seemed to respond to the melodious chant of Vedic hymns. 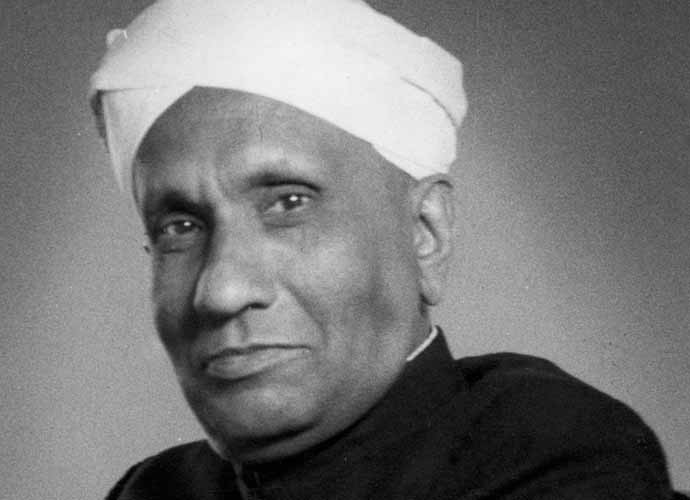 Wearing a dhoti in traditional style, Raman came out for a short while, as though to bless his students with a gentle nod of his head. His sacred thread was conspicuous on his bare chest and a pigtail was dangling behind his head.

In the evening, there was a felicitation function, presided over by Sir Arcot Ramasamy Mudaliar, the dewan of Mysore. Later, he spent time in the company of children from a local convent. Raman bubbled over with joy in their company, answering their questions in his characteristic, simple way. He later led them to a room saying: "I will show you something beautiful." A variety of stones of many sizes and shapes, besides crystals and minerals were beautifully displayed in the dark walled room.

Raman suddenly switched off the light. Standing in the centre of the dark room, he switched on a portable ultra violet lamp and played it on the exhibits. The stones and minerals came alive and began to glow in breathtaking bright colours - violet, indigo, blue, green, yellow, orange and their myriad combinations. A bright little girl screamed in joy "Alice in wonderland". The delighted scientist joyously hugged her and planted a soft kiss on her tender cheek.

Having shown the children the beauty of nature revealed by the application of physics, Raman went on to explain the scientific basis of the phenomena of fluorescence and phosphorescence. He also spoke about the discovery of what came to be known as the Raman Effect, which concerns the molecular diffraction of light and won him the Nobel Prize for Physics in 1930. He claimed that the blue colour of the sea was due to the molecular scattering of light and was not a case of reflection of the sky on water as most people imagined. Raman had the knack for explaining the most abstruse scientific phenomena in a language that ordinary people could understand.

At another event held in Calcutta to honour Raman on being conferred the Fellowship of the Royal Society, Raman said that he was not at all flattered by the honour. What he really aspired for was the Nobel Prize, which he said he was going to get in five years. These words seemed devoid of modesty but were indicative of his determination to achieve what he wanted to.

And precisely at 7pm on February 8, 1928, CV Raman fulfilled his promise by a discovery so vital and so far-reaching in its effects on modern scientific knowledge, that the award of the Nobel Prize for Physics to him became a certainty. It was the same confidence that compelled Raman to go to Sweden in order to receive the prize in November 1930, even before the awards for that year were announced. His optimism and meticulous planning were such that he reserved berths for himself and his wife on the ocean liner to Sweden five months in advance.

Describing his award winning ceremony, he felt bad that he was seated under the British flag as India was still not independent. He was a patriot and a nationalist to the core.

Also, his aversion to politics and politicians was well-known. It is said once he was offered the vice-presidentship, but he politely declined saying, "What will I do with this ship?" Significantly, at a felicitation function on his 80th birthday, speaker after speaker praised him. One of them compared his intellect to a diamond - hard, brilliant and multifaceted. Raman, it is said, intervened to say, "I wish someone had said that I also had the heart of a lion."