The Ministry of Health confirmed on December 24 that India's Omicron tally has reached 358, which is leading to new petitions being filed and meetings to take place. No deaths due to Omicron have yet been reported in India.

Prime Minister Narendra Modi chaired a meeting on Covid-19 on December 23, where officials briefed PM Narendra Modi on the emerging global scenario due to Omicron. He was also 'apprised of the technical brief and priority actions recommended by WHO in the context of Omicron'.

PM Modi said, "In view of the new variant, we should be satark and saavdhan (alert and cautious). We should ensure that the health systems in the states, beginning from the district level, are strengthened. The government is alert and continues to take proactive action and support states in their efforts of containment and management under the ‘Whole of Government’ approach." He added, "The focus should be on ramping up testing, accelerating vaccination and strengthening health infrastructure. The centre should send teams to states with low vaccinations, rising cases, insufficient health infrastructure to assist them."

The Allahabad High Court has asked the government to consider postponing the upcoming Assembly elections by a month or two due to the rising Omicron cases in the country. This appeal was from Justice Shekhar Kumar Yadav during a bail hearing. He observed that his court had 400 petitions listed before it on December 23, and several lawyers in the courtroom were failing to maintain Covid-safety protocols.

Allahabad HC has asked the government to consider banning rallies and political gatherings ahead of the elections scheduled early next year in five states of the country. The court added that political parties can campaign through TV and newspapers.

The high court said, "The court praises the Prime Minister's efforts regarding the campaign for free vaccination in a nation with such a huge population. The court now requests the Prime Minister to take strict steps in view of the pandemic situation in the country." 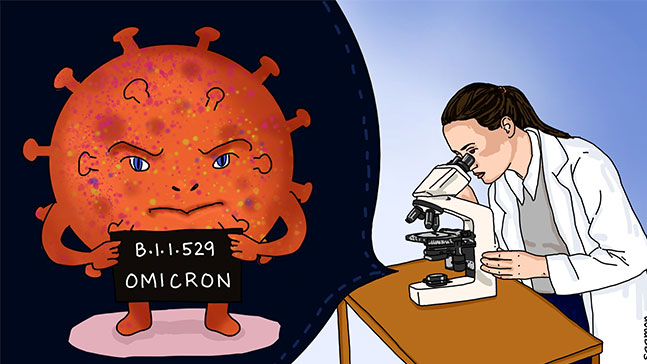 4. ECUADOR MAKES COVID VACCINE COMPULSORY FOR CHILDREN FROM THE AGE OF 5

On December 23, Ecuador became the first country to make Covid-19 vaccines mandatory for children staring from the age of five. This decision was made due to the arrival of the Omicron variant in the country. The ministry said, "In Ecuador, vaccination against Covid-19 is declared compulsory. Compulsory vaccination applies to persons five years and older."

A club in South Delhi's Mehrauli was sealed on December 23 by the district magistrate and his team for allegedly violating Covid-19 protocols. A flying squad of the South district went for a surprise inspection at a renowned club in Mehrauli at 10.45 pm on December 23. The squad found around 600 people at the club, which violated the recently set Covid-19 protocols in Delhi.

The crowd was dispersed and the premises were sealed on the spot for gross violation of DDMA guidelines.

The police said, "A restaurant named Diablo was found violating DDMA guidelines. There was overcrowding in the restaurant. FIR u/s 188, 269 IPC has been registered against the establishment at a police station, Mehrauli. The premises were also sealed."

#Diablo mehrauli, #Ecuador, #Allahabad high court, #Narendra Modi
The views and opinions expressed in this article are those of the authors and do not necessarily reflect the official policy or position of DailyO.in or the India Today Group. The writers are solely responsible for any claims arising out of the contents of this article.