How OnePlus came, saw, and conquered the Indian smartphone market

One Plus has announced its flagship phone One Plus 10R 5G which will go on sales from May 4, 2022. A brief on how the company made a strong presence in the Indian market within six years.

In a world full of apples, stand out with a OnePlus. This was one of the jibe from OnePlus to Apple on December 20, 2020 when it launched OnePlus 8T.

In a world of apples, stand out with a OnePlus. #OnePlus8T5G pic.twitter.com/qvjTqEReSs

Within mere four years of its launch, OnePlus had outshone companies like Samsung and Xiaomi. In the premium phone segment (phones above  Rs 30,000), OnePlus, today competes with Apple and Google.

The company is now coming up with another flagship feature phone, OnePlus 10R 5G. This will also be India’s fastest charging phone with the Super VOOC charging technology. Now what is that? Super VOOC technology is a technological breakthrough that allows for faster charging. It means you can charge your phone from zero to 100% in 17 minutes.

The phone, OnePlus 10R 5G will be launched in two editions;

The phone will launch on May 4, 12 noon on Amazon, OnePlus stores, Reliance stores and Croma stores. 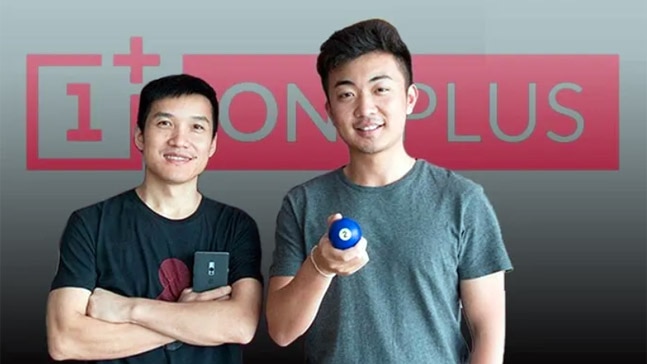 The company OnePlus was started in 2013, by Pete Lau and Carl Pe in Shenzhen, China. The first smartphone by the company was launched in 2014. The company did not gain entry into the Indian market because e-commerce here was at a nascent stage. But what happened in the next few months surprised the owners.

A large number of bookings on the Amazon global website was observed from Indian customers on US addresses. The phone would then be shipped through Aramex, a Dubai logistics company. The customers were also not affected by the customs duty which increased the price of the phone by Rs 5,000.

When Amazon was closely monitored, it was found that India was among the top seven countries in sales and OnePlus was not even selling in India then.

“That’s when we decided to launch in India,” Vikas Agarwal, general manager of OnePlus in India and also the first employee in India, told Times of India in 2019. Within no time, OnePlus, through its phones like OnePlus, OnePlus 2, OnePlus 3T had captured a big chunk of the Indian market. It also got Amitabh Baccchan, as the brand ambassador of the company when it launched OnePlus 3T in 2017. In 2017 itself, the company’s total revenue was USD 1.4 billion.

BUT HOW DID THEY DO IT?

The best thing about OnePlus phones is that they offer premium quality features at a very affordable price, something the Indian customer likes very muchj. For example, OnePlus 9 5G which is a flagship phone of the company would come at a price of 38,999 compared to an Apple iPhone 13 which comes at Rs 79,990.

Initially, OnePlus sold its phones directly via an Invite option to the customers. This helped the company to assess the market demand also. This invite-only method based of selling clicked for the company. This mode of selling ensured OnePlus was a status symbol among the users. Though OnePlus did away with this mode of selling after OnePlus 3T, it did give the company a lot of market knowledge.

In 2019, OnePlus partnered with Netflix before the launch of OnePlus 7 Pro and the release of Sacred Games 2. This gave a major boost to the premium phone, as the ads showed that the posters of the Sacred Games 2 were shot on OnePlus 7 Pro.

All these marketing techniques coupled with impressive performance, by the phone made OnePlus climb to the top spot in Indian market. Today, the company poses huge competition to Apple, Samsung and Xiaomi and Huawei.

#One plus versus apple, #Oneplus smartphone, #Oneplus10r5g
The views and opinions expressed in this article are those of the authors and do not necessarily reflect the official policy or position of DailyO.in or the India Today Group. The writers are solely responsible for any claims arising out of the contents of this article.