Paatal Lok offers a vantage point with no tactical advantage

Afterlife is a chimera. Your current life is the only real thing you really can believe in. What’s gone has no proof, what lies ahead is unknown. This is what is. This is where it is. Heaven and hell too. Paatal Lok tells you, while the twain shall never meet, they will cross paths and then there will be fireworks.

We watch all the fireworks through the eyes of inspector Hathiram Chaudhary (Jaideep Ahlawat). Hathiram doubles up as a guide who takes us on a whirlwind tour of swarg lok, the paatal lok and all loks that lie in between. Swarg is where the successful live; paatal is where the failures breathe. 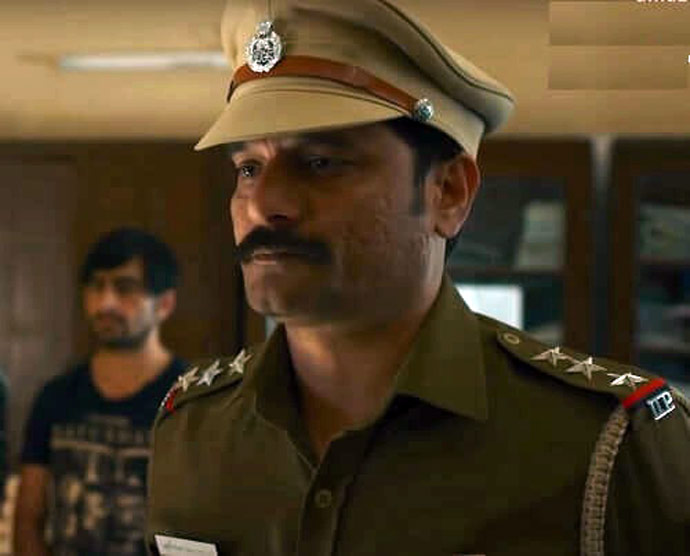 Hathiram knows these worlds and their differences because the netherworld is not down below but perched at the top. It’s from this vantage point that Hathiram enjoys a bird’s eye view of the swarg. A vantage point offers him no tactical advantage. If anything, it adds to frustration. Past his prime, Hathiram now reports to an officer who was once his junior.

He gets no high-profile cases, investigating which would ensure he gets a promotion. When a case finally comes his way, it comes only with the hope that this assumed ‘good for nothing’ official won’t be able to solve it. It’s an investigation, which no one really, wants investigated. Metaphorical of our times; it is a tool which all parties use to their advantage.

At the heart of the case is TV journalist Sanjeev Mehra (Neeraj Kabi) whose career is threatened. Four people are held on the charge of conspiring to kill him - Vishal Tyagi (Abhishek Banerjee), Tope Singh (Jagjeet Sandhu), Kabir M (Aasif Khan), and Cheeni (Mairembam Ronaldo Singh).

The murder plot could salvage Mehra’s career but there is a price to pay - an ideological shift to make.

Ideologies exist in swarg lok. It is there that they are easily sacrificed too. Success comes at a price. The difference between who succeeds and who doesn’t lies in who pays the price and who doesn’t. Mehra is a proud member of swarg lok. He is ready to pay the price to remain proudly perched there. That is the larger plot. Then there are sub-plots. They deal with religion, caste, gender and the umpteen identity markers that exist. The investigation led by Hathiram and assisted by Ansari (Ishwak Singh) that traverses through states and cities is as real as it really is.

Hathiram starts off with an aim to get a promotion, but soon it is the only way he can have some respect in his son’s eyes. Respect and honour are aspects of the paatal lok. There they are not up for barter.

Paatal Lok has police, journalist and politics. All feed into each other. The Avinash Arun Dhawre and Prosit Roy-directed show has plenty of masala, more than enough violence, topped with oodles of realism.

There are umpteen brilliant movies on journalism and journalists; unfortunately, none made in India. India has turned a social-media discourse into an Amazon Prime series with what all series add these days – sex, violence and abuses – as graphic as possible.

The series is great on acting. Jaideep Ahlawat, Neeraj Kabi and Niharika Lyra Dutt kill it. As do all other actors of the series. But OTT platforms better not become extension of social-media discourses. They need to find better themes.

The answer to how well Paatal Lok has been received thus can’t be figured out from social media. Answers will depend on ideological divides.

Post your comment
#Amazon prime, #Jaideep ahlawat, #Paatal lok review, #Paatallok
The views and opinions expressed in this article are those of the authors and do not necessarily reflect the official policy or position of DailyO.in or the India Today Group. The writers are solely responsible for any claims arising out of the contents of this article.