While the BJP alone is not responsible for the states' ills, this is not what the 'vikas party' would want its voters to hear in an election year.

Think tank Public Affairs Centre (PAC) has come out with its annual Public Affairs Index, ranking India’s states on governance. The results are not good news for the Bharatiya Janata Party (BJP). The three worst-governed states, according to the PAC, are Bihar, Jharkhand, and Madhya Pradesh, all three, at present, administered by the BJP. Achche din kab ayenge? Shivraj Singh Chouhan has been at the helm of his state since 2005. (Photo: India Today/file)

And while the BJP alone cannot be blamed for the ills of any of the states, this is not something the party, the self-proclaimed champion of “vikas” (development), wants to hear, or wants its voters to hear, in an election year.

The report comes as an embarassment for Nitish Kumar, Bihar's 'sushasan babu', who is hoping for an important role in the 2019 General Elections. But it would herald the most amount of trouble for MP's Shivraj Singh Chouhan, who has been in the CM's chair for 18 years, and faces Assembly polls in a few months' time.

Of course, all rankings are subjective, and even the PAC chairman, K Kasturirangan, has said the list provides a “rudimentary” pointer. “The PAI 2018 is one example of a data-based framework that provides some basis, even if rudimentary, to assess the performance of states in India,” Kasturirangan said.

Also, rankings are comparative, and even if a Bihar has shown considerable improvement in the past few years, it will still lag behind a Kerala or a Tamil Nadu, which started on a growth trajectory decades earlier.

However, the fact remains that the report poses some tough questions to the state governments.

The themes are further broken down into 30 “focus subjects”, and 100 indicators. Only government data is considered by the PAC.

As the parameters show, not all the blame can be deflected to past mismanagement, as several areas — law and order and the delivery of justice, to name just two — are very much in the hands of the government of the day.

Poor little rich Jharkhand is a state of paradoxes. It is among the richest in India in terms of minerals and other natural resources, among the first to see the fruits of industrialisation — the first Tata Steel plant was set up here in 1907 — and was carved out of its parent state 18 years ago, so it could get the attention — and the development — it deserved. 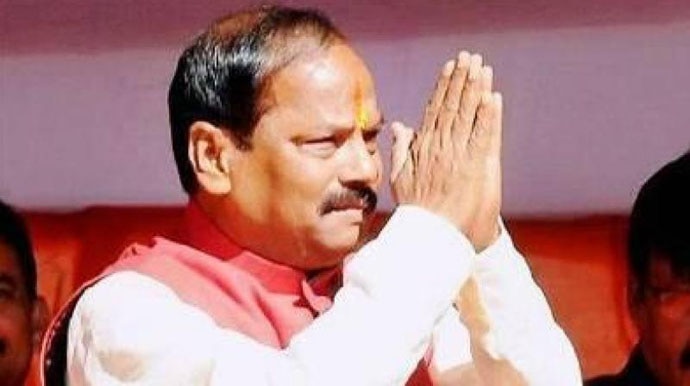 Time to deliver: Raghubar Das has come to power with a clear majority in Jharkhand. (Photo: PTI/file)

Yet, according to the World Bank, Jharkhand is home to 33 million people, 13 million of them poor. It has been lagging behind other states in terms of bringing down poverty and consumption inequality, its share of workers with salaried jobs is the lowest in the country, infant mortality, nutrition and sanitation levels remain poor.

While there is no simple explanation for this, one of the major reasons has been political instability, which allows misgovernance.

In its lifespan of 18 years, the state has had 10 changes of chief ministers, with the chair going either to the BJP or the JMM. The only CM to have completed five years in power is the BJP’s Arjun Munda — who managed the feat in parts over three terms.

The instability has meant that the lower rung of governance in a new state never firmly took shape, impacting the implementation of government schemes and benefits meant to help the disempowered. It also prevented the state from formulating a coherent policy to make the best out of its natural resources, and ensure the gains reach the tribal population — a problem that Narendra Modi seemed to understand in 2013, when he promised Jharkhand the help “any 13 year old needs”.

Since 2014, Raghubar Das of the BJP has been in power, heading a majority government — yet, the state has languished at the bottom of the PAC reports since 2016, when the rankings were first introduced.

The people of Jharkhand have given the government the mandate it needs. It is time they get the governance they deserve.

The explanation of political instability, however, does not fly for Bihar and Madhya Pradesh.

Both states have been ruled by the same chief minister — Shivraj Singh Chouhan in MP and Nitish Kumar in Bihar (he stepped down in 2014 but was back after a few months) — since 2005. Both have also done considerable good work. When Nitish took over, Bihar was reeling under the utter lawlessness and mismanagement that characterised the Lalu Prasad regime. Under his watch, poverty has gone down, law and order and infrastructure have improved. Madhya Pradesh has seen dramatic improvement in agriculture under Chouhan.

But the low rank on the PAC indicates that they have performed so poorly on some indices that it has pulled down their overall score. Madhya Pradesh, for example, is among the worst performers in the category of human development, while Bihar secured the last rank in “economic freedom”.

Thus, the report indicates unequal access to opportunity and high levels of social and economic inequality.

A stable government raises hopes of better administration, and of the benefits of the state’s growth percolating down to the lower stratas of society. This seems not to have taken place in Bihar or MP, where the weaker sections continue to be dispossessed and vulnerable.

In Bihar, the BJP has either been a junior partner to Nitish, or in the Opposition. But in Madhya Pradesh, the blame lies squarely at the BJP's door.

The PAC report cannot be a definitive evaluation of the performance of various governments. However, rankings do help in forming public perception. The problems in all three worst performing states are not due to one party. But with the BJP adopting the 'vikas agenda' as its own, states that it is in power in featuring on the bottom of a 'good governance list' can only help its opponents.

#Madhya Pradesh, #Jharkhand, #Bihar, #Public affairs index 2018
The views and opinions expressed in this article are those of the authors and do not necessarily reflect the official policy or position of DailyO.in or the India Today Group. The writers are solely responsible for any claims arising out of the contents of this article.