No pride, only prejudice: Why BJP's handling of Padmavati row sets a dangerous trend

We might as well dissolve the censor board and let caste and religion panchayats certify movies.

The Padmavati drama grows more absurd and more dangerous each day. None of the protesters have seen the movie, so their outrage is anticipatory. But their threats are very real.

Let us remember that the Rajput Karni Sena, which started the protests against Sanjay Leela Bhansali’s movie, is not merely organising rallies or staging sit-ins. In January 2017, when the protests were nowhere as massive as they have now become – with new worthies adding their weight to it every day – the group had vandalised the movie’s sets and slapped Bhansali in clear violation of the law.

Since then, the threats have been scaled up, both in nature and stature. From protesters not allowing the movie to be screened to them threatening to burn theatres, we are now hearing of bounties to behead Bhansali and cut off Deepika Padukone’s nose. From random caste collectives, we now have chief ministers and politicians picking sides in the row.

Hurting someone’s pride is debatable, subjective. The law is a clearly laid down, codified. Yet, so far, not once has the Centre made a statement saying the rule of law will be upheld and those trying to instigate violence will be brought to book.

This is not the first time in India that a movie has “outraged sentiments”. A mechanism is in place to address such issues. The Central Board of Film Certification (CBFC) exists for the express purpose of reviewing movies and deciding if they are fit for wider release.

The logical response to the furore should have been a government crackdown on the lumpen elements and letting the CBFC do its job. But what has happened so far is that the unreasonable demands of one group have been given legitimacy by members of the ruling BJP, and some of the Congress.

In fact, the more outrageous of threats have come from the ruling party – Haryana BJP leader Suraj Pal Amu offered to double the Rs 5 crore “bounty” an insignificant group had announced on the heads of Padukone and Bhansali, while Uttar Pradesh CM Yogi Adityanath has stated that the two are “equally responsible” for the protests against them. 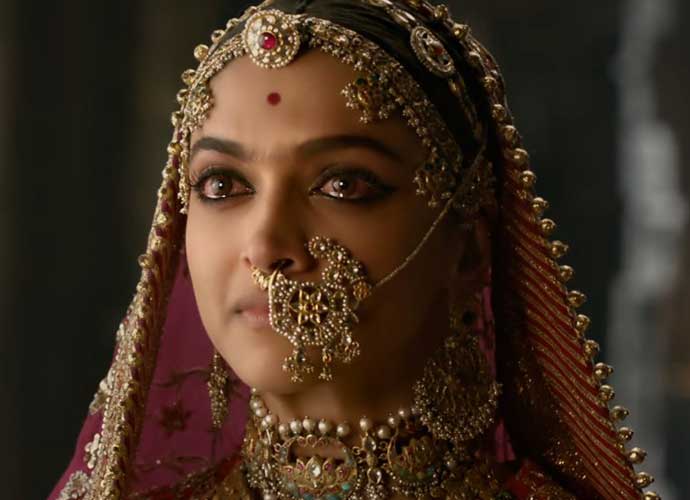 There have been threats of chopping off Deepika Padukone's nose.

In the quest to protect a community’s honour, the laws of the land are being broken, and ministers and elected representatives, entrusted with upholding the laws, are throwing their weight behind the offenders.

What exactly is offensive?

Those protesting against Padmavati have not seen the movie. The cry of “threatened Rajput honour”, which gathered momentum very quickly and spread beyond Rajasthan’s borders, is based on nothing more than whipped up hysteria.

The Karni Sena had originally taken offence to the alleged presence of a dream sequence that showed intimate moments between Padmini and Alauddin Khilji. It was only later that a queen shown dancing was criticised too. Bhansali has denied the existence of such a scene repeatedly.

This is my tribute to the sacrifice, valour and honour of Rani Padmavati! – Sanjay Leela Bhansali @RanveerOfficial @deepikapadukone @shahidkapoor https://t.co/RfxgTzFtch

How did the Karni Sena come to know the “dream sequence” existed? As more and more voices joined in supporting the Karni Sena, what exactly did they base their support on?

Shall we dissolve the censor board?

Myriad groups, from former royals to caste congregations to politicians, have demanded special screenings of Padmavati. The filmmakers have even organised one such viewing for journalists, who, after watching the movie, have found it to be a “tribute to Rajput pride”. In the meanwhile, the censor board, the body whose job it is to certify movies, is waiting for the paperwork of the movie’s submission to be completed.

This overlooking of a constitutional body can set a dangerous precedent. Allowing a group’s anticipated offence as a criterion for stalling a movie’s release can open floodgates. Moreover, the Supreme Court has refused to interfere with Padmavati’s release, saying that is for the CBFC to decide. Once the apex court has spoken, how can other groups still be allowed to agitate?

The reasons for the ruling party’s support to the protesters are as easy to understand as they are difficult to justify. There has been a long simmering grievance of how filmmakers take liberties only with Hindu icons. Injured pride is an easy cause to make – emotions roiled easily and not too many questions asked.

With Himachal Pradesh and crucial Gujarat going to polls, the BJP is keen to show that under its watch, no one will be allowed to play with Hindu Rajput pride.

But the party needs to check who it is accepting as its foot soldiers, and which issues it is granting legitimacy to. The Padmavati controversy is all smoke, no substance. No matter where its politics lie, the government cannot abdicate its duties to such an extent.

In times when people are promptly arrested and booked for treason for Facebook posts, a BJP leader announced a reward for killing someone, and got away with a show cause notice from the party.

Chief ministers of Madhya Pradesh and Gujarat have decided they will not allow the movie to be screened, undermining another organ of the government – the censor board. CMs of Uttar Pradesh and Rajasthan have expressed displeasure with the movie, again without watching it.

Setting aside law and order – maintaining which is among its primary responsibilities – in favour of the touchy sensibilities of lathi-wielding groups ill-suits any government. Padmavati has become more than about freedom of expression, the issue is now about the life and liberty of those on the wrong side of the ruling party’s politics.

The confidence with which insignificant groups are issuing death threats, and are not just getting away, but also being legitimised, by the BJP, is frightening.

While the question of whether Padmavati hurts Rajput pride will be settled only after the movie is released, the manner in which the controversy has been handled as already insulted India’s democracy.