The contestants were tasked to make dusky women look beautiful.

Pakistan’s obsession with skin tone is not new. And once again, it has caught the attention of the international audience as the country staunchly clings on to the fetish and allows television programmes to blackface people and then turn “dark” girls into “beautiful brides”. And to make it more offensive, the programme is punctuated here and there with comments from the mentors and participants on how difficult it is for a make-up artist to work on dark skin tone.

As a part of an ongoing make-up contest in Jago Pakistan Jago, a show on Hum TV, the participants were presented with the task of making darker skin look beautiful, basing the non-sense on the premise that dark is ugly. The mentors, Amber and Farida, explained to the contestants why they were presented with such a challenge: the competition entered an advanced stage. So, dark skin is not beautiful and dark-skinned girls can’t become beautiful brides, without the intervention of make-up artists, the show validated it without any qualms. 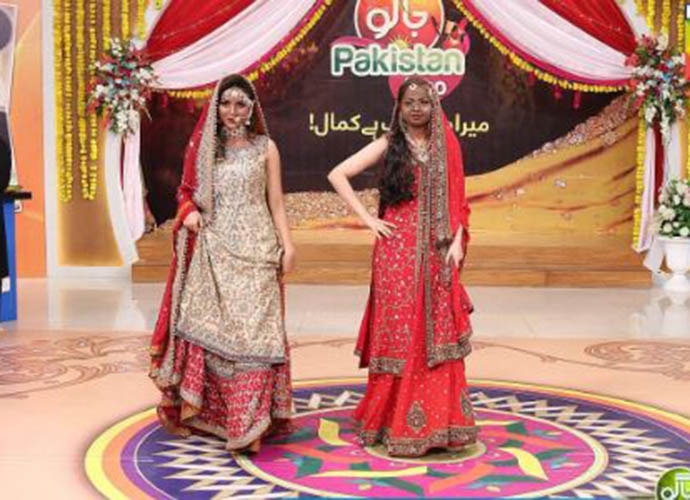 No dark girls for the purpose; so blackface

However, they did not find dark-skinned girls for the purpose, it seemed. So what did they do? They presented some models with lighter skin tone. On live television, their faces were darkened and then the contestants were asked to make them look beautiful. According to reports, to make the task harder, the contestants were even asked to use one hand to beautify the dark women. "As a result, barely any of the participants were able to do a good job," writes a report published in Dawn; which must have helped them prove how difficult the task was.

@SanamJungPK @Humtvnetwork Absolutely appalled with @JagoPakistan_ newest episode where fair skinned models were painted darker to prove that darker skin can too look beautiful with makeup. Was it too difficult to find models of darker skin?! pic.twitter.com/pYFEvUMWYG

Blackface is a make-up form for theatrical use by non-black performers. In medieval Europe, it was often used for entertainment. But later it got intertwined with racial stereotypes and was brought to an end in the US with the Civil Rights Movement. Showing little regard for the struggle against racism and misogyny, the show went on painting models dark.

While the live action of the show was enough to draw flak for its insensitivity and labelling beauty as complexion-deep, there was no dearth of insensitivity on the part of the mentors. "I've done the makeover of so many brides, but I've never had such a bride, like a habshan, ever. But you are being presented with this challenge,” mentor Amber said, as reported. Terms like “Habshi” or “Habshan” (a slang to describe a woman of African origin), “makrani” and “negro” were used during the episode. On occasions,  “negro” was used to refer to the shade of a make-up range.

Found this episode of #JagoPakistanJago utterly offensive! MUA's were set a task to show darker complexion can also look pretty. The racist word negro was used repeatedly. They hired fair girls instead of naturally darker complexion models. Why do we measure beauty by skin tone?! pic.twitter.com/FhyMD2MGtw

From what I gather, this was a makeup challenge which raises the question whether making dusky women look attractive is a challenge? We fail to see beauty in anything that does not fit the standards set by our colonists. This is blackface& it is wrong. Hum TV owes an apology. pic.twitter.com/Qfvb1ODx3v

Were they trying to show dark skin can look beautiful too?

The show left its viewers confused about its intention. Was it a mockery of dusky women? Or, was the show trying to prove that dark skin, too, can look beautiful? In both cases, it deserved the backlash it received.

Also read: India is the largest importer of arms, then why is the Army chief complaining?