Both India-Pak voters are 'victims' of weird-neta photo-ops and cringe-worthy moments.

There is one thing India and Pakistan agree upon undisputedly — the ubiquity of their political dramas. On both sides of the bellicose border, voters know what to expect from their chest-thumping politicians ahead of elections — flashy photo-ops in tacky clothes, killingly boring speeches and several cringe-worthy moments.

In the run-up to general elections in Pakistan, Ayaz Memon Motiwala, an independent candidate from Karachi, has suddenly become social media's darling by sitting in a garbage dump plus lying down in sewage water to ask for votes.

His hunt for votes — defined by the media as a 'unique campaign style' — intends to expose the unhygienic conditions and dysfunctional sewage systems of the city.

Motiwala took to Facebook to share his pictures and also did a Facebook Live, where he was seen "drinking the sewage water he sat in". Of course, we couldn't independently verify the news plus whether his stomach agrees with the sewage water — but the general public for sure is finding it hard to digest these reports. Some have admiringly come out in Motiwala's support though.

Across the border too, Indian voters are having a good laugh at Motiwala's expense since we have often ourselves been a victim of such "chunavi hathkande" (election gimmicks). Dramatic stunts in Indian politics over the years have made prominent headlines. Strangely, such tricks, like it or not, have succeeded in drawing people's attention - and, at times, their votes too.

In September 2017, Rahul Gandhi kicked off the Congress's campaign for the Gujarat Assembly election, riding a bullock cart. After local authorities denied him permission to use an open jeep for his roadshow, Gandhi rode on a bullock cart through Hanjdapar village in Dwarka and spoke to farmers.

In May this year, he rode a bicycle apparently to protest rising fuel prices during his poll campaign in Karnataka. Pedalling his way to protest rising fuel prices in Karnataka.

But to seasoned political observers, it is clear that PM Modi's rallies beat the pitch, whether on cycles or bullock carts, of his hapless opponents any day.

In the build-up to the 2017 Uttar Pradesh elections, Modi was seen spinning the sudarshan chakra, brandishing the gada (mace) and posing with Lord Rama's mythical bow and arrow as the BJP sharpened its "Hindutva focus". 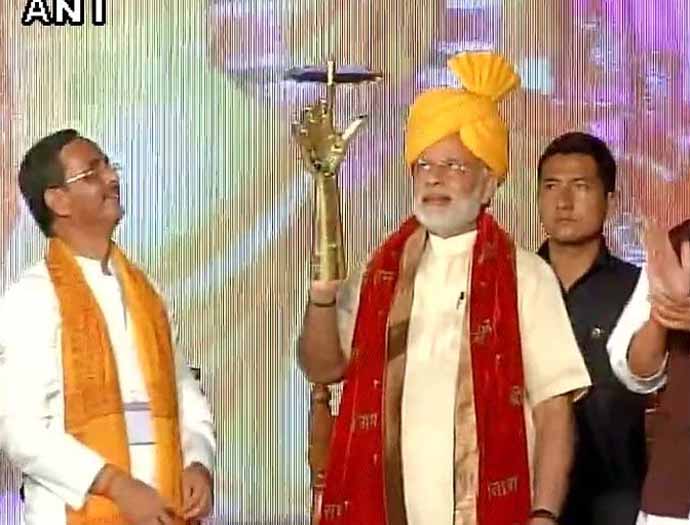 PM Modi with a 'sudarshan chakra' and posing with Lord Rama's mythical bow and arrow (below). But with every new election, the gimmick has to change.

On the last day of campaigning for 2017's Gujarat Assembly elections, the PM courted controversy over the reported flouting of safety norms for the travel of VIPs, with a seaplane flight from the Sabarmati river in Ahmedabad to the Dharoi dam. The PM flew on a single-engine seaplane in what his website and top BJP leaders as well as some media outlets claimed was India’s first seaplane journey. This claim though was later challenged by many as false. 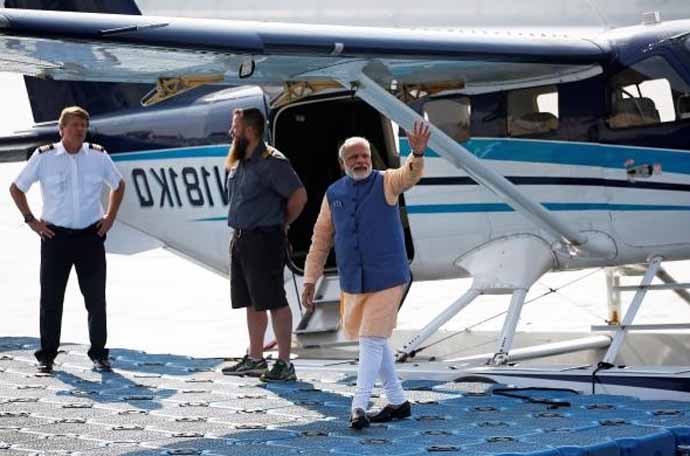 Plane and simple: PM Modi boarding a seaplane on the Sabarmati riverfront.

Moving away from the usual suspects, we have a bunch of aspiring poll stars who never stop keeping us entertained. In 2014, Bollywood entertainer Rakhi Sawant spiced up the Lok Sabha campaign by taking a political plunge from the crucial Mumbai North-West Lok Sabha constituency. She launched her own Rashtriya Aam Party with the symbol of a 'hari mirch' and got an "unprecedented" 15 votes. 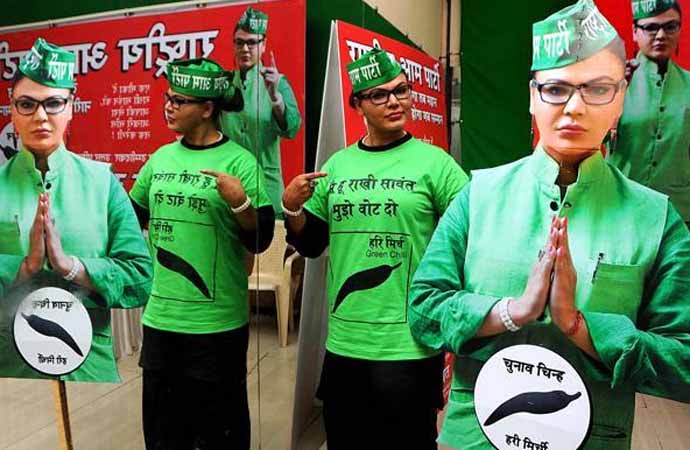 The long list of cringe-worthy stunts actually tells us that the joke is on us — the people. How easy it is to fool all the people all the time!

To be fair, we can't be sure if all these ideas are not based on popular demand. After all, politicians offer what people want them to deliver  — no, not governance, but promises of that. Either way, one thing is for sure. We can't escape political gimmicks.

In April 2017, during campaigning for the high-stakes RK Nagar by-election, a faction of the AIADMK, led by O Panneerselvam, publicly displayed a coffin with a Jayalalithaa figurine. They hit upon the macabre idea after being denied the two-leaf election symbol of the AIADMK. This was their way to reiterate their claim of being the true 'inheritors' of her legacy. They apparently "intended to highlight" the demand for a probe into Jayalalithaa's death. Supporters of Panneerselvam with a replica of a coffin with late Tamil Nadu CM J Jayalalithaa's figurine.

Back in 2013, the Aam Aadmi Party chose the humble broom as its election symbol and insisted it symbolises cleansing of the country's polity. AAP convener Arvind Kejriwal was also seen doing election campaigning in auto-rickshaws. And further living up to the party's aam aadmi image, AAP legislator Rajesh Garg even rode to the Assembly in a battery-operated auto, much to aam people's delight, in 2015. 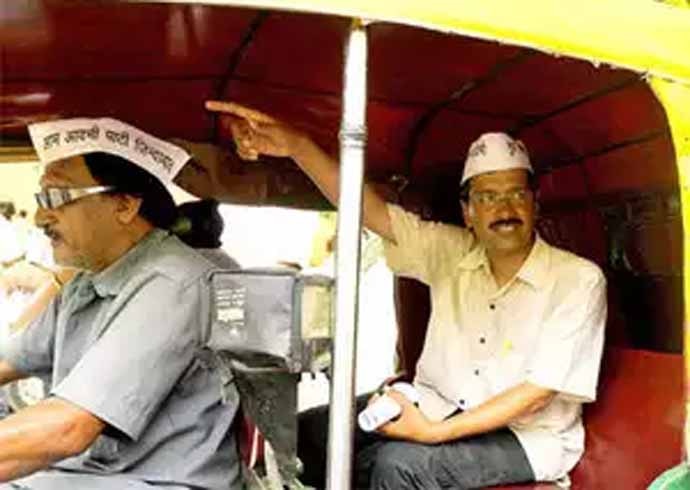 It's actually funny that our leaders take so much effort to show that they are "normal" people — but they forget that the general public's perception of politicians is anything but that.