The explosive placed outside Mukesh Ambani’s Antilia on February 25 did not explode because there was no detonator. But the incident turned into a detonator that has set fire to Maharashtra politics. On fire is former Mumbai Police Commissioner Param Bir Singh. Mumbai Police report to Maharashtra Home Minister. Param Bir Singh has reported the Home Minister, Anil Deshmukh, who happens to be Singh’s boss, to the Supreme Court. Singh has filed a petition saying Deshmukh met Sachin Vaze several times. To jog your memory, Vaze is former Mumbai Police officer who is accused of being involved in the conspiracy to place the explosive in a car outside Antilia and also of bumping off Mansukh Hiren, the owner of the car in which the explosive was placed. Vaze has asked the Supreme Court to get the CCTV footage at Deshmukh’s house verified.

He also wants a probe into the appointments and transfers made by Deshmukh, basically everything that Deshmukh did as HM, which he wasn’t supposed to do. Parambir Singh didn’t just get into action because you see everybody has to get back to action on Monday but he was working through the weekend. Singh used the day writing a letter to Uddhav Thackeray only to remind the CM what he had told the CM about the HM.

To cut the long letter short, Singh wrote that Deshmukh had asked Mumbai Police for a collection of Rs 1,00,00,00,000. This collection is generally referred to as hafta vasooli but, you see, hafta is weekly. A considerate Deshmukh reportedly gave the police department a full month to discharge their ‘duty’ making it mahina vasooli.

It was all happening real-time. Journalists at Pawar’s press conference asked Pawar about Amit Malviya’s tweet showing Deshmukh’s video. Pawar showed them the paper he had which said Deshmukh was in hospital from February 5-15 because he had Covid. Did Deshmukh step out in violation of Covid norms? That would mean he is guilty of more than what he is being charged with. Consider the violation of Covid norms a non-serious issue at your own peril.

#WATCH: NCP chief Sharad Pawar replies to questions over BJP's Amit Malviya's tweet that Maharashtra Home Minister Anil Deshmukh was holding a press conference on Feb 15th, as opposed to the NCP chief's statement that he was admitted to hospital at the time. pic.twitter.com/7f4lYLIdaV

The Centre on Monday morning said close to 47,000 fresh cases of Covid-19 were recorded in the past 24 hours. It was the 12th day running when cases of fresh coronavirus infection rose at a faster rate than recoveries. So what? This is the biggest single-day spike since November 11, which came 130 days ago. So what? So wear the mask and take the vaccine if the government is ready to give it to you. Talking of the vaccine, the Centre has told the states and Union Territories to increase the interval between the two doses of Covishield vaccine from 28 days to 6-8 weeks. The recommendation has come after it was found that the immunity is enhanced if the second dose of Covishield is administered after 6-8 weeks instead of the current 28 days’ gap. So, wait.

The wait for the announcement of the 67th National Film Awards - for outstanding performance in cinema in 2019 - is over. The awards were initially going to be held in May last year but were delayed indefinitely due to the coronavirus pandemic. For those who did not win, the wait for the award has gotten longer. The wait for Sushant Singh Rajput’s fans, who are awaiting ‘justice’ in his death case, saw a break as Sushant-starrer Chhichhore (2019) won the Best Hindi Feature Film award. For her performance in Manikarnika (2019) and Panga (2020), Kangana Ranaut won the Best Actress award while, Manoj Bajpayee won the Best Actor award for Bhonsle (2020); an award that he shared with Dhanush, who won it for Asuran (2019). Do people who bag awards carry bags to take their awards home? Silly question. Similarly silly is speculation over whether the choice of awardees had biases or favours. Why speculate over what you know. 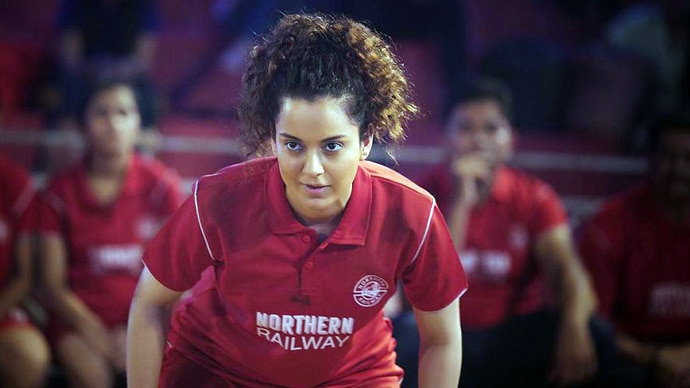 IIM-Calcutta’s first woman director Anju Seth ended speculation over the fact that her sick leave was actually an annoyance leave, leaves employees take when they are miffed. A month after the institute’s Board of Governors reduced her powers, Seth quit.

Speaking over allegations that political commentator Pratap Bhanu Mehta and Arvind Subramanian quit because the university was interfering with academics, university chancellor Rudrangshu Mukherjee said he stands for intellectual independence. Why did Mehta and Subramanian go? Mukherjee’s letter doesn’t answer.

The UK has answered India’s requests to extradite Kishan Singh. Singh is from Rajasthan but a British citizen. Why did the British agree to send back to India their own citizen? Time for time travel. We don’t have to go too far. In the February of 2017, athlete and Commonwealth Games' silver medalist Harpreet Singh was arrested in February for possession of drugs.

Investigations led to the arrest of Kishan Singh. He was granted bail and fled to the UK. On the request of India, UK authorities arrested him again in August 2018. He got bail again. But he couldn’t have fled to India having fled from India. Singh is accused of supplying mephedrone (meow meow), amphetamines and other recreational party drugs to India. Kishan Singh told the court he should not be sent to India because he won’t get a fair trial in the country.

Did you know who the first person the UK extradited to India was? Samirbhai Vinubhai Patel. He was also the only person to cut the long chase short. How? Patel, accused in the 2002 Gujarat riots case, did not oppose his extradition. Rather he consented to it. Patel was an accused in the case of riots in Ode village where on March 1, 2002, 23 people of a community were burnt alive. In 2016, Patel returned and was put in a jail in the Anand district of Gujarat.

Time to stop the time travel and return to March 22, 2021. March 22 is one day but is celebrated as two days – World Water Day and Bihar Day (also, Janata Curfew Day if you want a throwback to 2020). To mark World Water Day, Prime Minister Narendra Modi launched a ‘catch the rain’ campaign. How do you do that? By conserving the water that rains. But what is water? Our Word Of The Day. Just like water has multiple sources, so does the word water. Water finds its origin in German word wasser, Russian word voda (we know what you are thinking), and Greek word hudor.

In Hindi, we call it paani. For everything else you want to know about water on World Water Day, listen to Paani Re Paani from Shor (1972).

Since we are recommending, let us recommend some more. Watch Flow. Not the water flow but Irena Salina’s award-winning documentary Flow: For Love Of Water (2008).