House report: How the first day of monsoon session in Parliament unfolded

Stormy even before it started

The monsoon session of Parliament started on a stormy note, courtesy rain gods. MPs from across party lines took shelter on the main porch — Gate No 1 of Parliament — and were seen discussing the upcoming monsoon session. When asked how "stormy" would be the session indeed, Congress general secretary Digvijaya Singh, while pointing towards the sky, said: "Lakshan toh achhe hain (the signs are good)." 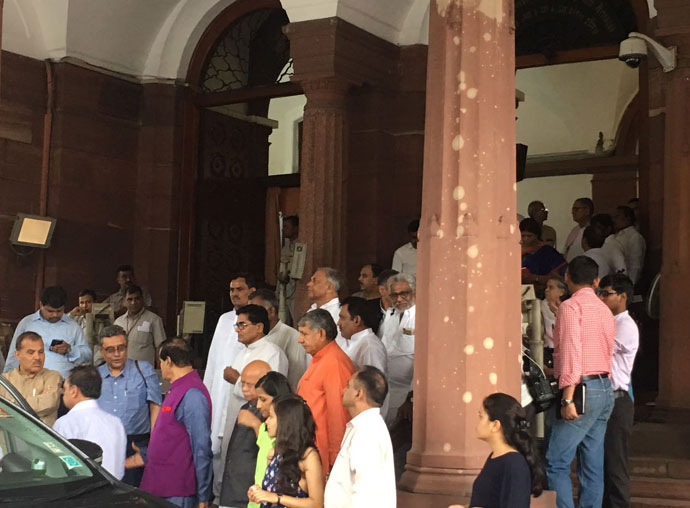 All the PM's men and others

MPs queued up outside room number 62 of the Parliament House to elect the 14th president of India on Monday. Both Prime Minister Narendra Modi and his predecessor PM Manmohan Singh were the first ones to arrive and cast their votes. As many as 776 MPs and 4,120 MLAs were scheduled to cast their ballot today. 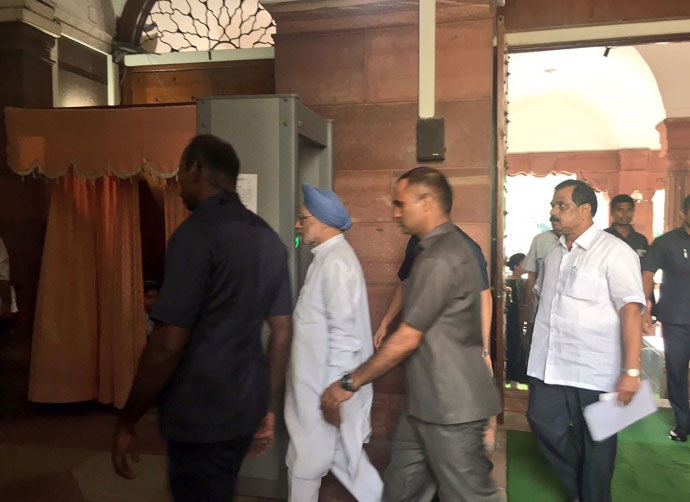 Former prime minister Manmohan Singh on his way to cast his vote for the presidential election.

PM Modi also addressed the media on the start of the session, which is expected to be rocked by issues such as farmers' distress, Indo-China standoff and Kashmir. Leaders from all parties went into huddle on Monday to chalk out their strategies for the monsoon session. While Congress leaders met at 10, Janpath, BJP MPs met in Parliament. Leaders from the RJD, NCP, DMK, Left parties also met at the Parliament House to decide upon the floor management strategy. 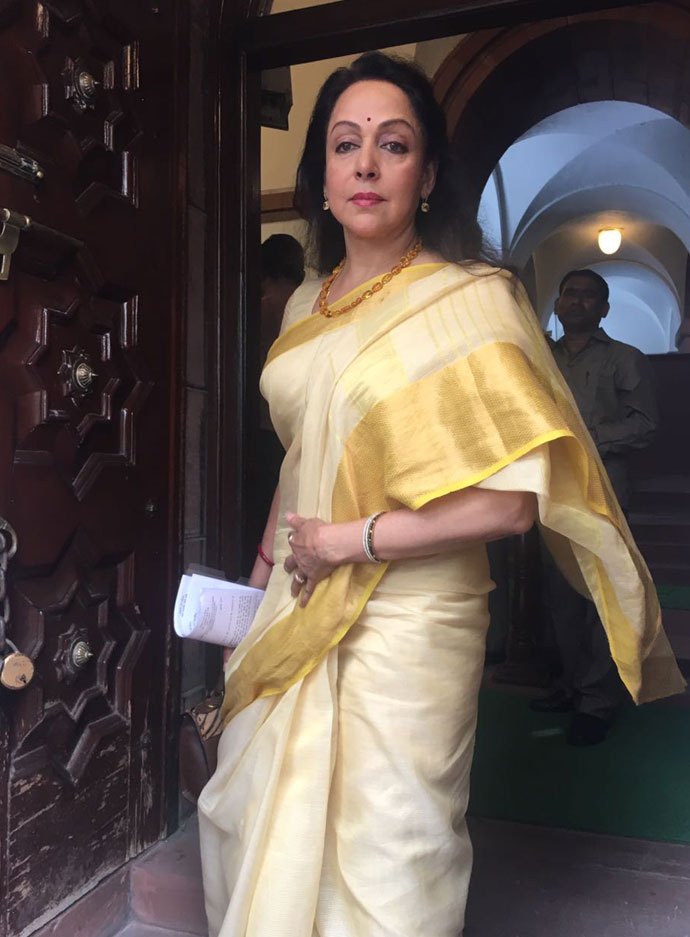 BJP MP Hema Malini, who is also popularly called the dream girl, brought some "sunshine" into Parliament. The Mathura MP, who arrived to cast her vote for the presidential election, was flooded with requests for news bites, photos and selfies. And she obliged all. It was apparently a necklace that the veteran actress was wearing that caught the attention of many visitors. "The yellow sapphire necklace complemented the glow on Hemaji's face. She is an eternal diva," said a visitor.

Samajwadi Party and its 'ajeeb dastan'

Meanwhile, the vertical split in Samajwadi Party was once again evident during the presidential election as the respective camps of Shivpal Yadav and Akhilesh Yadav decided to support different candidates. While Akhilesh camp supported Meira Kumar, Shivpal camp put its weight behind Ram Nath Kovind.

Even though Samajwadi Party MPs tried to either avoid the media or clarify that Akhilesh Yadav's was the last word in party affairs, Congress MP Renuka Chaudhary took a dig at her party's Uttar Pradesh poll ally. Chaudhary hummed the famous song, "Ajeeb dastan hai yeh", to sum up the situation in Samajwadi Party.