Living in interesting times? Just like Paytm CEO Vijay Shekhar Sharma said in a recent tweet, he too seems to be making the most of the interesting times. And he surely is giving us the giggles.

A video from Paytm's annual party has gone viral on social media. Sharma is seen giving a passionate speech (along with some cuss words for his competitors) on Paytm's success, claiming the company has done in one year what others couldn't even in 10 years. Some more words of heady advice from him. "If we think of something and that doesn't make our competitors wet their pants, what good is such an effort?"

Although the authenticity of the video couldn't be verified independently, pictures from the same event were also retweeted by the CEO.

Sharma looks quite high on Paytm success. And why not.

The sudden demonetisation of high-value currency notes have led to a surge in Paytm's customer base. The digital payments provider has recently received the final approval of the RBI to formally launch its payments bank. The startup company's recent feats aside, Sharma also succeeded in annoying Facebook users as they pounced upon the video clip. 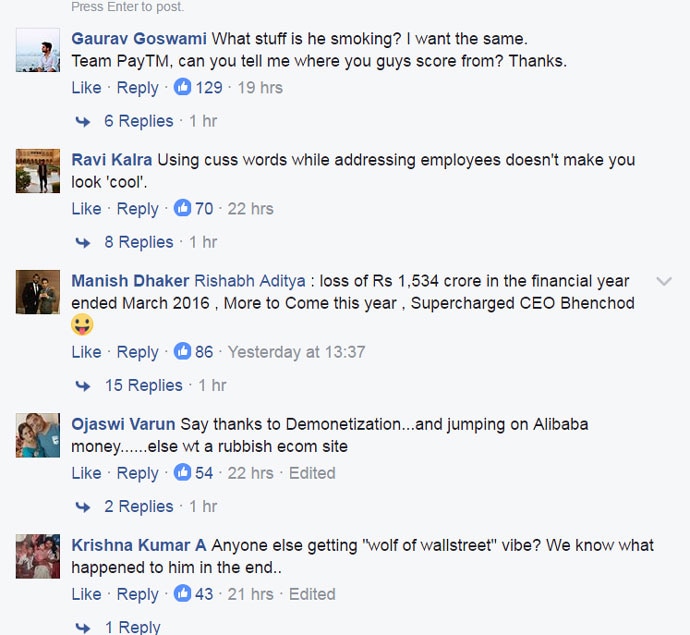 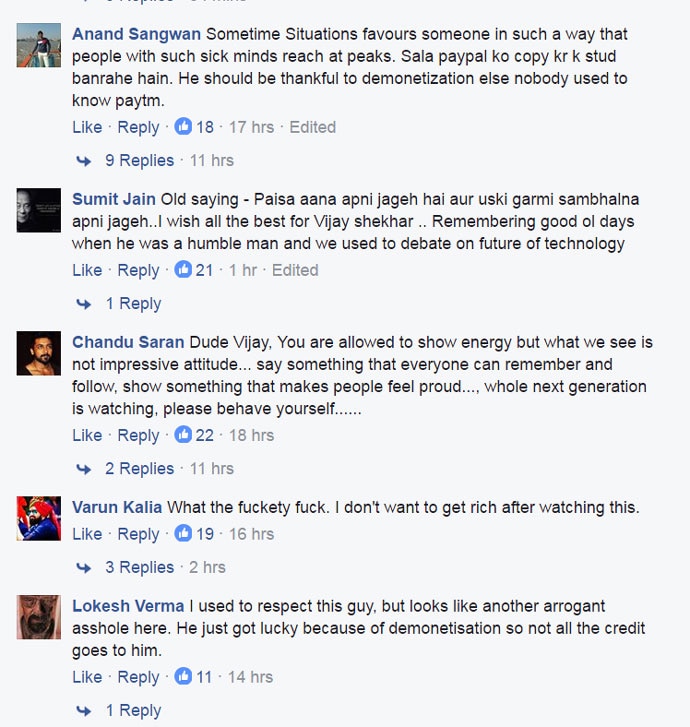