The law is a great leveller.

Having covered the courts the last few years, there are many incidents during court proceedings or outside the courts that make one realise that no matter how big and rich a person might be, when his or her freedom is curtailed, when the person is in judicial or police custody, it just breaks the person into a pitiable state. The great leveller that the high walls of jails have been for years.

The court staff and even policemen on protection duty are quite lenient and show empathy towards the basic needs of an accused who is brought out of jail during court hearings - so a phone call to a relative, food from home, meeting with friends generally do get allowed.

But a couple of incidents have happened due to which policemen have been suspended for showing too much leniency to the accused. An officer was recently suspended for helping 1993 blast accused Mustafa Dossa travel with an unknown woman to Gujarat while in police custody.

In another incident an accused escaped when the policemen accompanying him took him to meet his wife at a hotel. Ten policemen were suspended. Recently, a sting operation across the jails of Mumbai showed how policemen could be easily bribed to get small favours, and brought many jail officials under the scanner.

With such strict action being taken, it was not difficult to assume that policemen in escort teams would now show high-handedness.

On Friday afternoon, it was around 1.30pm when court proceedings finally got over in the Sheena Bora murder case. Prime accused Indrani Mukerjea was the first one to be escorted out and soon after Peter and Sanjeev Khanna were to be taken out.

The policemen on escort duty asked Peter to move even though he had reached out for the bench outside the courtroom to sit and eat the lunch his family had brought for him. Peter turned to tell them that he needed to have his lunch but they refused to listen to any excuse; on the contrary, one of the constables told him: "You get food in jail, eat that." 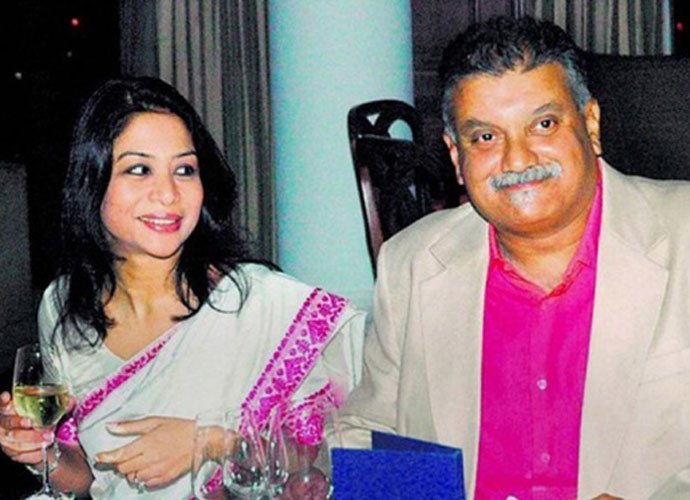 Peter and his family tried to argue and told him he had been allowed home food on account of his ill health but the policemen instead asked for that order to be shown. Peter's lawyers had left by then so he could not get a copy of the order.

In spite of all the nudging by the policemen to leave, Peter adamantly walked back to the courtroom, but the judge had retreated into his chamber and so, as a last resort, he came up to the investigating officer of the case, KK Singh, and said: "Look at this, they are not even letting me eat. I have the food here with me but they are not letting me eat."

Singh thought it was an issue related to security so he said: "The policemen will need to taste the food before you are given it, as is procedure." Peter was almost on the brink of tears and some people present there vouched that he had tears in his eyes when he said: "That's not the issue, they just want me to go from here but they are not letting me take the food. I will not get food in jail also now. See my hands are shaking. My sugar level is going down." Singh could not do much as he could not have ordered the policemen on escort duty; he just stood there nodding his head. Peter was ultimately led away by the escort policemen minus his lunch.

However, he was not the only one in that state. Many lunch boxes and packed food items were lying with the policemen at the sessions court gate as the boxes had not been cleared to be taken beyond security.

But in that one moment when Peter literally begged to be allowed to have his food, was an image so far removed from the kind of person everyone had known him to be. No one would have imagined him like this just a decade ago, when he was still heading Star India as its CEO.

During my early days as a cub reporter at Star News, there were days when Peter would just walk into the office and everyone would stand up in rapt attention. There never was any occasion when anyone heard him speaking to an employee in a high-pitched tone. It was always a polite enquiry about the things going on and he would leave.

Some of my former colleagues at Star do remember the big luxury car that Peter drove, with sometimes his driver sitting in the backseat but well, these days the only vehicle he is being driven in is the police van from jail to court, or sometimes to the hospital.

#Sheena Bora murder case, #Peter Mukerjea
The views and opinions expressed in this article are those of the authors and do not necessarily reflect the official policy or position of DailyO.in or the India Today Group. The writers are solely responsible for any claims arising out of the contents of this article.