DailyOh! PM's Varanasi visit, to the latest WhatsApp feature you need to know of

PM Modi arrived in Varanasi — his parliamentary constituency — for a one-day visit today. And while he was here, he inaugurated and laid foundation stones of multiple development projects, worth more than Rs 1,500 crore.

This includes the inauguration of a state-of-the-art convention centre — 'Rudrakash'. The highlight is the 108 Rudrakshas that have been installed at this convention centre that has its roof shaped like the Shiva Linga. The main hall of the Rudraksha convention centre in Varanasi. (Photo: PTI)

In Punjab, a stalemate ended today with a truce between CM Capt Amarinder Singh and Navjot Singh Sidhu. According to the truce formula, Singh will remain the Chief Minister, while Sidhu will be appointed the president of the Punjab Congress.

Quite a surprise for the political watchers who were expecting Sidhu to storm off anytime ahead of the Punjab Assembly elections. 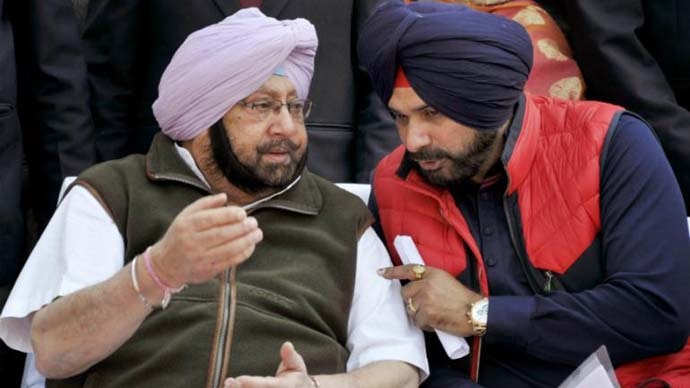 Navjot Singh Sidhu will be appointed the PCC chief while Amarinder Singh will continue as Punjab CM. (File photo)

But then, as they say, life is full of surprises. It also stood true for Sunil Kumar who works as a sweeper in the Baliakheri block of Uttar Pradesh's Saharanpur. His wife and BJP member, Sonia, has taken charge as the chief of the block where he is employed. Sonia contested the Block Development Council (BDC) polls from Ward No. 55 and won the block chief polls. 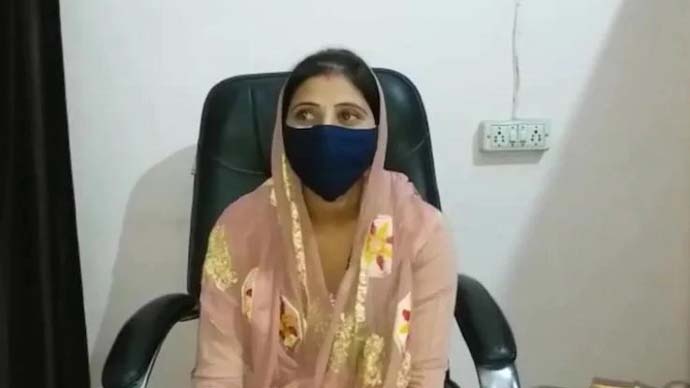 Sonia, a member of BJP, recently became the chief of the Baliakheri block of Uttar Pradesh's Saharanpur. (Photo: India Today)

After years of speculation and leaks, WhatsApp has officially announced its multi-device support. Simply put, you will be able to sync devices including a laptop, computer or tab but not another phone.

Now a bit of a detour into space. The exploration of the great beyond — outer space — has been a fantasy through generations of humanity.

Let us first give you the updates on the space race on the home front. The Indian Space Research Organisation (ISRO) has successfully conducted the third long-duration hot test on the liquid propellant ‘Vikas’ engine that would launch the ambitious Gaganyaan programme. It is no mean feat and the congratulations came all the way from Elon Musk, the founder of aerospace manufacturing giant SpaceX. 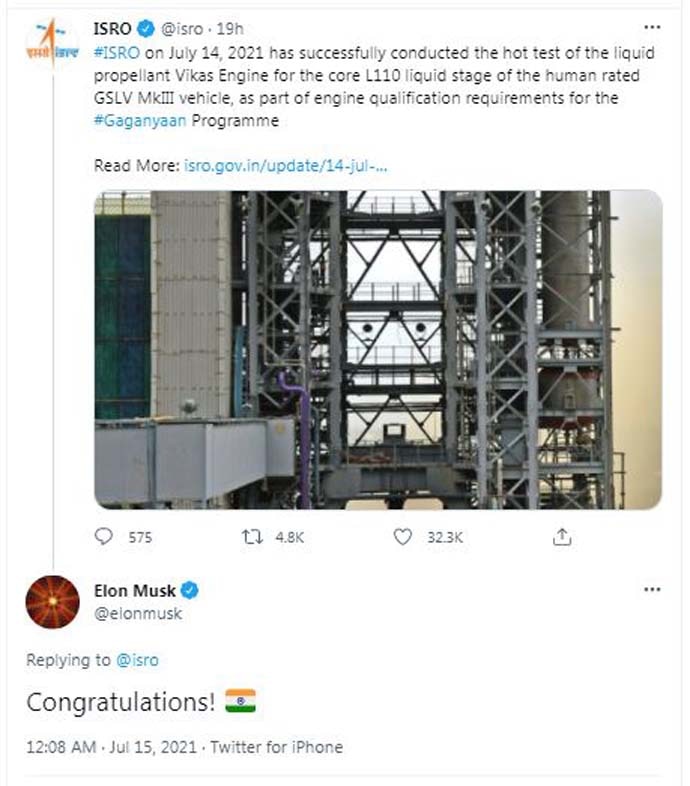 Now, the Gaganyaan mission, as you might know, is ISRO’s biggest venture this decade to propel India to the centre of human space exploration. The arena is presently dominated by the US and Russia — a remnant of the competition since the Cold War era.

After Richard Branson, it's Jeff Bezos's turn now. On July 20, Bezos will embark on his suborbital joy ride. And Elon Musk already has his own US$ 250,000 ticket to space — with Branson’s Virgin Galactic (as opposed to his own SpaceX rocket).

All this talk of space, you would have guessed our Word Of The Day by now — space. In the context of our present discussion, ‘space’ is defined by the dictionary as ‘the physical universe beyond the earth's atmosphere.’ The word comes from the Latin spatium, which translates to “a room or an expanse.’

And clearly, the expensive tickets to the expanse have been booked, at least for now. But then, nothing stops us from fantasising about a trip to the stars. And to help you visualise your fantasies better, we suggest you watch Space Sweepers. It will give you a pretty clear idea about what life in space would look like, less than a century from now.

On the Earth, in India, when DMK MP Dayanidhi Maran was flying from Delhi to Chennai after attending the Parliamentary Estimates Committee, he was not prepared for the surprise that awaited him on his Indigo flight 6E864 back home. The pilot came to greet him and it took him a few minutes to realise that it was none other than his colleague MP, Rajiv Pratap Rudy.

A Flight to remember. July 13, 2021I boarded the Indigo flight 6E864 from Delhi to Chennai after attending a meeting of the parliamentary Estimates Committee. I happened to sit in the first row, as the crew declared that the boarding had completed. 1/7 pic.twitter.com/pwfsW39fDC

Now Rudy holds a Limca Book record of being a pilot and Parliamentarian. The former Civil Aviation Minister is a type-rated Airbus A320 pilot with over 2,000 hours of flying experience, and he keeps his “current” flying licence with at least the minimum number of hours required in a year. In short, an ace pilot. He was hired as a pilot by IndiGo Airlines on an honorary basis before he became a minister in the Narendra Modi government. 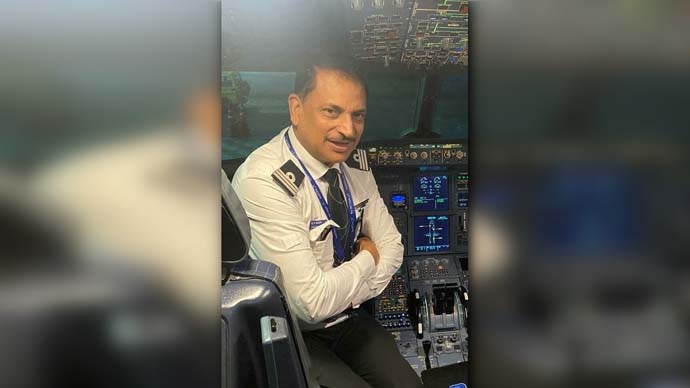 Indigo Captain Rajiv Pratap Rudy, who flew Dayanidhi Maran from Delhi to Chennai after attending the Parliamentary Estimates Committee as an MP with him. (Photo: Twitter/ @Dayanidhi_Maran)

Indigo is not the only carrier that was vying for Rudy’s captaincy. Back in 2015, state-owned Air India had also made an informal proposal to the senior BJP MP to get on board as a pilot when he was the Minister of State for Skill Development and Entrepreneurship. Back then, AI had said, “If Rudy does indeed fly for AI, it will definitely enhance the branding of the airline.”

While that was about the trips and travel back home, the Indian cricket team’s tour of England has been marred after wicketkeeper-batsman Rishabh Pant tested Covid-positive. This comes ahead of the team’s five-match Test series against England, starting August 4. How did Pant manage to get himself infected? He was at the Wembley Stadium to watch England’s clash against Germany in the UEFA Euro 2020’s 'Round of 16' match on June 30. Rishabh Pant (right) was at the Wembley Stadium to watch England’s 'Round of 16' clash against Germany on June 30 (Courtesy: Instagram)

This, after BCCI secretary Jay Shah had warned the cricketers to not go out, as the Delta variant was on a rampage in the UK.

We hope you know better and are prudent enough to not venture out unless necessary. And wear the mask even if you do.

We say bye on that note. See you tomorrow.

Also Read: Why there is an urgent need to reform divorce laws in India

#Rajiv pratap rudy, #Space travel, #Punjab congress, #Pm in varanasi
The views and opinions expressed in this article are those of the authors and do not necessarily reflect the official policy or position of DailyO.in or the India Today Group. The writers are solely responsible for any claims arising out of the contents of this article.