PM Modi asks for Independence Day speech ideas: Why India needs a 'pradhan sevak' with his own vision

Why outsource this job? The PM should explain his vision and genuinely listen to ours.

By now, it's noon, time to indulge in a few more beloved traditions. From terrace to terrace, the day calls for some kite-flying, some pakodas (not the job-generating kinds) and, of course, the hush-hush "daru" party. Tradition, our very own tradition, says men mostly enjoy holidays with alcohol and women turn themselves into the "bhajiya" supplier, the more empowered stealing a sip or two of whisky shielded in steel glasses. We all are laughing, celebrating our independence, confessing our love for this great nation with teary-eyed "bh******d, yeh mera ghar hai, yaha ka raja main hoon (I'm the ruler of this nation)". 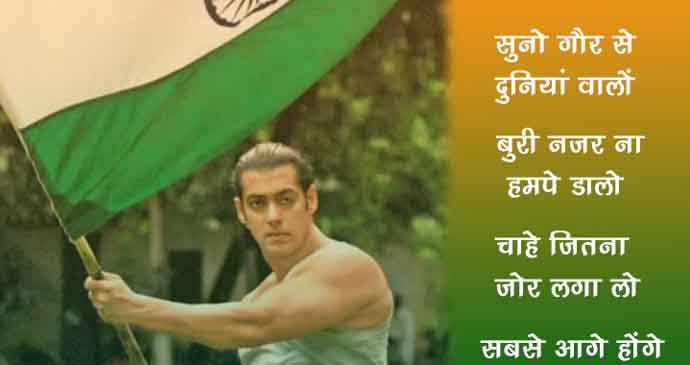 I love my Bollywood: Celebrating our independence with our 'limited-collection' desh bhakti geet every year on August 15. (Image: hinditracks.in)

But not too far away from such serious patriotism and the celebration of freedom, there is one man who is forced to shoulder the "unbearable lightness of being Indian" on behalf of all countrymen. And he takes his job seriously — the Prime Minister of India. 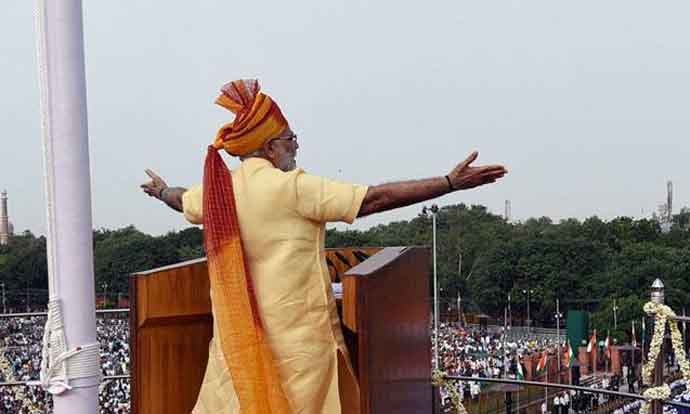 And it's that time of year again — when fact-checkers will "live check" the claims made by the current PM —  a trend that started recently in the wake of some really confusing claims), analysts dissecting the content of his speech, its tone and tenor, its duration, the fashion police going gaga over the colour of that headgear, those creases of the starched kurta, the stripes of that bandhgala. Debates over whether to call a waist coat a Nehru jacket or a Modi jacket — we are indeed a people with a lot of "issues" over our Independence.

As these people prepare for D-Day to show their job worthiness, they are unaware that PM Narendra Modi, the biggest newsmaker of all seasons in India now, is perhaps fumbling for words to put forth in his address to 1.32 billion Indians. That's true — Prime Minister Modi has invited citizens to share their inputs for his August 15 Independence Day speech.

What are your thoughts and ideas for my 15th August speech? Share them with me on a specially created forum on the Narendra Modi App.You can also share them on MyGov. https://t.co/BJMCEeisneI look forward to receiving your fruitful inputs in the coming days.

And as soon as his tweet hit the frenzied Twittersphere, everybody got cracking —  with 2,900 messages, 3,788 retweets, 15,587 likes (at the time of writing this). Yes, this is how our country is running, or, should we say the the republic of Twitter is running the country, for the tweeple and by the tweeple.

The PM, like most of his official communiqué released on social media first, urged the nation to use his Narendra Modi App or the MyGov App to post their views. And views, of course, are important. So let's give our view that's very much within the purview of ordinary citizens who are living under an impression that the PM listens to them and says what they want to hear.

It's not that PM Modi is asking for ideas for the first time. He does that often enough for his "Mann ki Baat", the monthly radio programme on All India Radio (AIR). It's also not true that his audience haven't suggested issues that he needs to address. But PM Modi apparently does what a true listener does — suno sabki, karo apni (listen to all, but do as you want).

Then why this smokescreen?

There is something about the democratic routine of India that has convinced Indians that a gimmick is a justified novelty, especially for the political class. Nothing excites us more than a hugging, chortling or a crying politician. We just can't praise our political gods enough for being so human. The media in this country is famous for showing the human side of our politicians — shaking hands with the smelly masses, getting off their vehicles and putting their foot literally on the muddy lanes, addressing rallies in dusty towns, sharing meals spread out on banana leaves at the Dalit's house.

The voter, of course, is supposed to be grateful for such generosity.

And grateful we are — why else do you think a PM can get away without telling us if he has any vision of his own for this country?

Ordinary Indians, by the way, have resigned themselves to fate. By the time we are done giving our suggestions to Mr Prime Minister and he addresses these ideas from the "ramparts of the historic Red Fort", celebrating India's 72nd Independence Day, people will be "writhing" with an overdose of Modicare — as stifling as a bandhgala.

By the way, last year, PM Modi delivered his shortest Independence Day speech. Let's hope he keeps it even shorter this year. We are anyway going to be too drunk on Bollywood patriotism to know.

#Freedom of Speech, #Red fort, #PM Modi, #Independence Day speech
The views and opinions expressed in this article are those of the authors and do not necessarily reflect the official policy or position of DailyO.in or the India Today Group. The writers are solely responsible for any claims arising out of the contents of this article.