Delhi has a robust plan to clean the air. Will Centre do its bit?

The topmost polluted cities of India are in Uttar Pradesh and Haryana.

In what has now become a dangerous tradition, Delhi's Air Quality Index (AQI) hit emergency level a day after Diwali. This, after the Centre for Science and Environment (CSE), an environment research and advocacy organisation, earlier this year presented data which showed the capital city's air quality had improved by 25 per cent.

While CSE's findings are a fact, the spike in pollution is also a fact. It is thus important to look at the various factors that contribute to Delhi's pollution and how the state government plans to combat pollutants this winter and beyond.

By virtue of being the country's capital, Delhi gets all the attention when it comes to pollution and it is for this reason that a crucial point is often overlooked. Pollution is not a Delhi-centric problem. It is rather a problem that affects all of north India. Governments of most other states are yet to accept that their cities too are polluted. 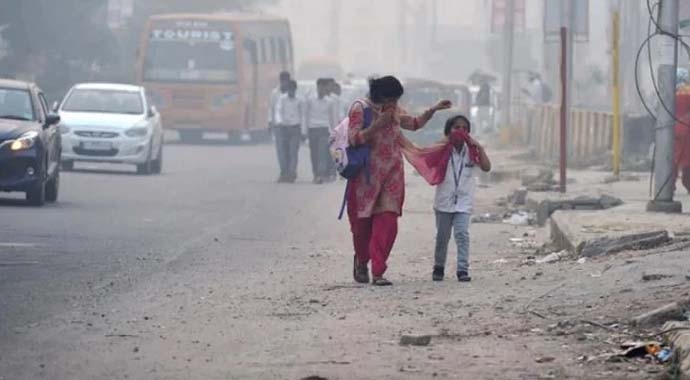 Entire north India is dealing with the scourge of air pollution. (Photo: ANI)

This shows that the topmost polluted cities of India are in Uttar Pradesh and Haryana. Both these states are found lacking when it comes to stringent plans to combat pollution.

Government agency System of Air Quality and Weather Forecasting (SAFAR) noted that the share of stubble burning from the neighbouring states of Punjab and Haryana in Delhi's pollution rose to 46 per cent.

According to the Punjab Pollution Control Board (PPCB), the state recorded 9,600 incidents of stubble burning till October 27, 2018. This year, the figure shot up to 12,027. Punjab and Haryana recorded an increase of at least 2,400 farm fires, a major contributor to the air pollution in the national capital, till October 27.

The Supreme Court has come down heavily on all stakeholders on the issue of stubble burning. A bench of Justices Arun Mishra and Deepak Gupta said, "We are asking all states to ensure that no more fires are set of. In case any further violation is seen, we will settle liability from bottom to the top."

Meanwhile, the Delhi government has decided to do all it can to ensure the air quality in the capital improves.

The government has prepared two action plans to combat pollution. The first one is the winter plan which involves emergency measures to curb pollution which has resulted from farm fires and firecrackers this season.

Under the winter action plan, the government observed a community Diwali with a laser show and distributed free masks. The government has also enforced complete closure of construction work to crack down on dust pollution. 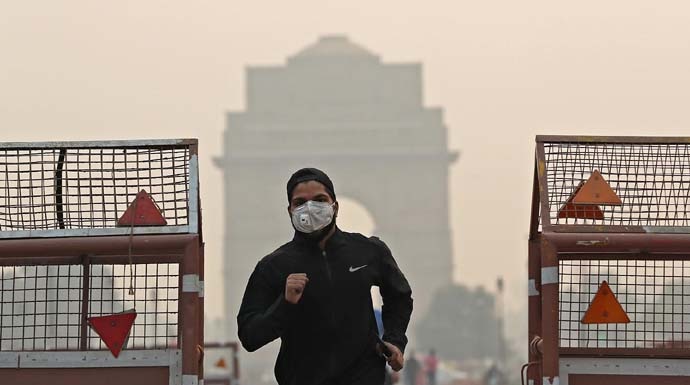 The Delhi government has kicked in emergency measures to combat pollution. (Photo: Reuters)

In a bid to stick to that plan, the government has rolled out the third phase of the Odd-Even scheme from November 4-15.

The second one is a long-term plan which is in accordance with the C40 Clean Air Cities Declaration signed by chief minister Arvind Kejriwal at this year's C40 Cities Summit.

Work is on to set up a task force to monitor and combat air pollution. The task force will comprise line department heads and external experts working on sustainability, resilience, public health, social activism, energy and mobility. It will be headed by Kejriwal himself.

To ensure more people make use of the public transport system, the government will increase the bus fleet. In a first in India, the government has already introduced a common mobility card valid for travel in metro and buses.

The government is also pushing for the use of electric vehicles in a big way.

There is also a bid to push people to move away from coal-based tandoors and diesel generators.

With all these measures in various stages of implementation, Delhi has a robust plan in place to clean its air.

However, pollution is not a local problem and Delhi's air can't be cleaned unless governments at the Centre, Punjab and Haryana do their bit.

Post your comment
#Arvind Kejriwal, #Delhi pollution, #Air quality, #Pollution
The views and opinions expressed in this article are those of the authors and do not necessarily reflect the official policy or position of DailyO.in or the India Today Group. The writers are solely responsible for any claims arising out of the contents of this article.