The Postcard News founder has also been charged with 'trying to promote communal enmity'.

Mahesh Vikram Hegde is an influential man. His Twitter account (@mvmeet) boasts of more than 70,000 followers — one of them is Prime Minister Narendra Modi. Hegde’s bio is testament to that as well: “Blessed to be followed by PM Narendra Modi”. But the real core of Hegde’s influence lies not on Twitter, but on Postcard News, a website that has been a notorious fixture in the Hindu-Right's fake news and propaganda ecosystem. The online platform was founded by Hegde, Vivek Shetty and Ankita Rajvardhan.

For those who don’t know, what the harmless name of the website does not betray is that it is a toxic quagmire of anti-Muslim, anti-liberal, anti-Congress, pro-BJP, pro-Hindutva, pro-Army, pro-Modi "news" — much of which has no basis in fact. Most worryingly, it has around half a million followers on Facebook.

Such is the tenacity of Postcard News that when it comes to spreading misinformation, it has been recognised by the fact-checking and media-watchdog website Alt News as a “mass producer”. On March 19, Hegde tweeted about an incident that involved a Muslim youth "attacking" a Jain monk in Karnataka, a poll-bound state that is in the eye of the political storm. Hegde’s tweet read: “Very sad news, yesterday in Karantaka Jain muni [sic] attacked by muslim youth... No one is safe in Siddaramaiah’s Karnataka.”

Accompanied with an image of an injured Jain monk, its intent was clearly communal. The photo was also tweeted by several Right-wing accounts and even Postcard News.

Of course, the truth was far from it. Alt News reported that not only was this not a case of attack involving Muslim youth; it was actually just an accident. The Jain monk, Mayank Sagar, was involved in a minor accident — he was hit by a bike.

On March 29, Hegde was arrested and taken into custody by Karnataka Police. Booked under sections 153A (promoting enmity between different groups on grounds of religion, race, place of birth, residence, language, etc and doing acts prejudicial to maintenance of harmony), 295A (deliberate and malicious acts, intended to outrage reli­gious feelings of any class by insulting its religion or religious beliefs), and 120B (punishment of criminal conspiracy) of Indian Penal Code (IPC).

Since his arrest, Hegde has received overwhelming support on social media. Right-leaning influencers on Twitter have even attempted to make “#ReleaseMaheshHegde” trend. A part of that trend included some more misinformation; specifically that Hegde was arrested under the notorious section 66A of the IT Act, which the Supreme Court, in its 2015 judgment, had unanimously struck down.

Among those who want Hegde to be released are also a few BJP faces.

Pratap Simha, a BJP MP from Mysore and the president of BJP’s Yuva Morcha, insinuated that the “Coward Congress Govt (Karnataka) arrested @mvmeet Mahesh Vikram Hegde under unconnected IT act 66”.

He was not alone. Maheish Girri, the national secretary of the BJP, too, claimed that Hegde’s arrest was politically motivated.

As did MoS for skill development Anantkumar Hegde, who said that the government led by Siddaramaiah “is behaving in dictatorial terms”.

The arrest of @mvmeet & FIR on many other nationalist tweeples in Karnataka is a shameless act of @siddaramaiah govt. It shows @INCIndia & @RahulGandhi's contempt for constitutional values like Tolerance & Freedom of Expression.

Since independence, @INCIndia has always used such tactics for silencing & crushing the dissenting voices. It is not acceptable. Mahesh Hegde should be immediately released & FIR should be cancelled against all others, otherwise I will raise this issue in parliament on Monday.

Shame on the state government led by @siddaramaiah which is behaving in dictatorial terms in arresting @mvmeet.  Ensure to follow the true democratic spirit in fighting us rather than doing a coward act.  #ReleaseMaheshHegde

Shame on you @siddaramaiah for targeting common citizens who ask uncomfortable questions which you can't answer!! This pride will surely have a fall!! #ReleaseMaheshHegde https://t.co/1puxCv465F

Any argument about an attack on Hegde's freedom of expression or his right to free speech is unfounded. BJP members’ support for a repeat offender charged with promoting communal enmity and fake news is telling of not only their views, but also their hypocrisy.

In the past, when ordinary Indians were arrested for exercising their fundamental right to expression — for making memes on Uttar Pradesh chief minister Yogi Adityanath (who was born Ajay Singh Bisht), or for allegedly making derogatory comments on PM Modi in a private message, or for allegedly sharing a few posts from the Urdu press questioning the UP CM’s saffron politics — such politicians had little to say in favour of free speech.

In fact, among those on the Right who are fighting for Hegde’s “freedom of expression” are also those who celebrated the murder of journalist and rationalist Gauri Lankesh. 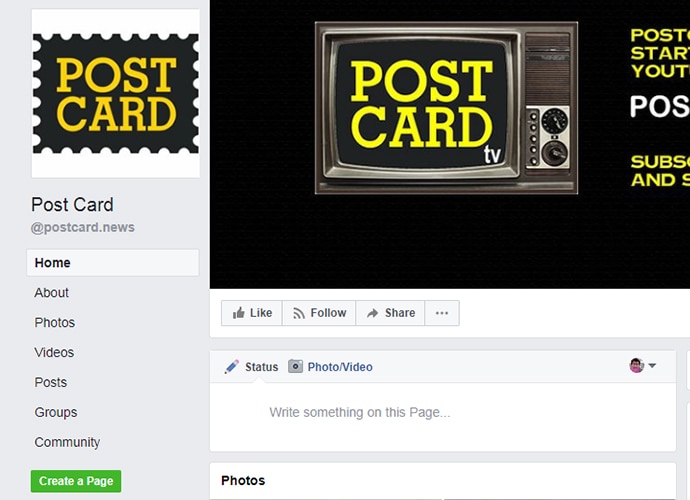 One look at the stories passed off as fact by Postcard News is enough to understand this is not a free speech issue.

In 2017, it claimed that two Muslim IPS officers beat up Hanuman devotees on the occasion of Hanuman Jayanti, and tried to substantiate it with an old, unrelated video.

In 2016, Postcard News posted two unrelated grainy photos of senior journalist Barkha Dutt taking a scooter ride with a young man in Budgam and juxtaposed it with a picture of the then newly appointed Hizbul chief Zakir Musa. The photos were, of course, not of the same person. The list is quite long.

One can second-guess the Congress government’s motive behind Hegde's arrest to a certain degree. Ahead of an important election, a timely arrest of the kind is likely to win the grand old party some mileage; it is likely to get them some support.

But to insinuate this is free speech issue is mischief.

#Karnataka, #Fake news, #Communal Polarisation, #Postcard news
The views and opinions expressed in this article are those of the authors and do not necessarily reflect the official policy or position of DailyO.in or the India Today Group. The writers are solely responsible for any claims arising out of the contents of this article.