'Not anti-national, but anti-Modi': What prominent voices from south India said on free speech

Despite having drawn severe criticism from right-wing groups, actor Prakash Raj refuses to get bogged down by threats from fringe elements. He is clear in his mind - he wouldn't shy away from calling a spade a spade, no matter what the cost.

Speaking at the India Today Conclave South 2018, in a session titled "Stand Out, Speak Up: Make Yourself Count", he said state governments that have refused to allow the release of Padmaavat have failed in their constitutional duty. "The censor board [CBFC] clears a movie but some states refuse to allow its release. Finally, the Supreme Court had to step in to ensure the movie is released across the country. The governments that had refused to allow the movie's release must step down because they have failed in their primary duty," the actor said.

When asked about "Rajput pride being hurt", Prakash Raj questioned, "If the issue was indeed about Rajput pride what was stopping governments of Gujarat and Haryana from not letting the movie hit cinema halls?"

The actor has been in the eye of a storm ever since he questioned Prime Minister Narendra Modi's silence over the killing of journalist Gauri Lankesh. He has since been branded "anti-national".

Recently, the youth leaders of the BJP in Karnataka sprinkled cow urine on the stage to "purify" it after Prakash Raj addressed a gathering. The protesters allegedly called him a "beef-eater". The actor had reportedly been critical of Union minister Anant Kumar Hegde at the event titled "Our Constitution, Our Pride".

Speaking at the India Today Conclave South, Prakash Raj said, "I am not anti-national but anti-Modi, I am anti-Hedge."

"When my friend Gauri Lankesh was killed, I saw celebrations from some corners... the prime minister of my country supported them by remaining silent. He may not have said anything but his silence speaks."

"A true Hindu will never support any killing. That is why I say, Modi is not a Hindu. And his minister (referring to Hedge) talks about wiping out one community, and he remains silent. Therefore, I say neither Modi nor Hegde is a Hindu."

At this point, BJP spokesperson Krishna Saagar Rao, who was a member of the audience, raised an objection. Prakash Raj said that if the right-wing can call him anti-national and anti-Hindu, he too has the right to call Modi anti-Hindu.

"Whether I voted for him or not, Modi is my prime minister too," Prakash Raj said.

Speaking in support of the creative freedom of the film industry in reference to the opposition to Sexy Durga, he said, people have a right to name their films the way they want. "You don't have a problem when a woman named Durga is abused by her husband, you do not have problem when a girl named Durga is denied education, but you have a problem with the title of film that has Durga in it... This is wrong."

He, however, clarified himself: "But making any film that goes on to denigrate a deity of any religion is wrong because it hurts people's sentiments."

Answering accusations that he speaks against the BJP because he draws benefits from "some other party", he said, "I have worked in 300 films across fives states... can you imagine the amount of money I have made... why should I take favours? I have donated to people instead."

The actor said that a script to silence dissent is being written and because an artist is a sensible person, he needs to stand and speak up.

Ilaiah, who was also on the panel for the session, said that the situation turns really sad when the ruling party tries to interrupt the voices of dissent.

"The poorest of the poor and the most marginalised are scared of speaking today. When the government tried to ban my book, Samajika Smugglurlu Komatollu, the Supreme Court said that my book can't be banned," the Dalit rights activist said. 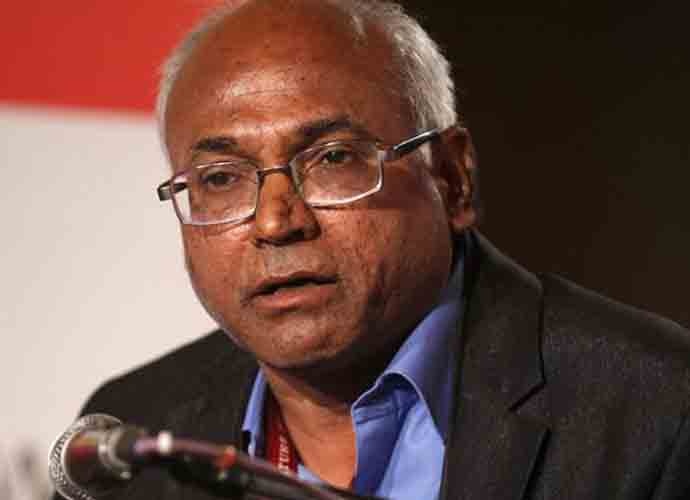 "Everybody, even the banias and chandals, have the right to see God directly... But the government did not support the same move in court."

Addressing concerns from certain corners that a movie can never have titles such "Sexy Fatima or Sexy Mary", Ilaiah, matter of factly, asked if Hinduism should compete with other religions in being regressive.

Also read: Triple talaq must end but so should dowry