DailyOh! Pranab Mukherjee and the trust Indira Gandhi posed in him

Known as the all-weather man for Congress, Pranab left the Congress after a fall out with Rajiv Gandhi.

Pranab had tweeted on August 10 that he tested positive for coronavirus while he visited the hospital for a separate procedure. From then, his condition had been deteriorating. A trusted confidant of Indira Gandhi, he was known by Indira as someone who would take all secrets disclosed to him to his grave before letting them out.

Known as the all-weather man for Congress, Pranab had one ventured out of the Congress because he fell out with Rajiv Gandhi. When he came back in, his journey saw many ups and several downs. To trace that journey and to know the man he was, you can read this. But to know who won the Supreme Court and Prashant Bhushan see-saw, read on.

“Heads you lose, tails we win.” Prashant Bhushan lost Re 1. The Supreme Court of India won Re 1. What can Re 1 buy the court? Closure. With closure in hand, SC can move on to important cases piling on its head.

What can Re 1 buy Bhushan? Safety from a three-month jail term. But paying the fine may still mean Bhushan standing in ‘contempt of his conscience’. How? Because the payment of fine is accompanied by an affidavit which has a standard format with an apology. So Bhushan can pay the fine and save himself the jail term without saying “I apologise” to court. But his affidavit will say that. So this has been a unique toss where both parties won, and both did not lose. All for Re 1.

Next time someone talks inflation, tell what all Bhushan bought for Re 1. Also, show them a lawyer who instead of charging fees, pays the fine on behalf of his clients. The fine Bhushan is supposed to pay to SC by September 15 has been paid to Bhushan by his ‘lawyer and friend’ Rajiv Dhavan. 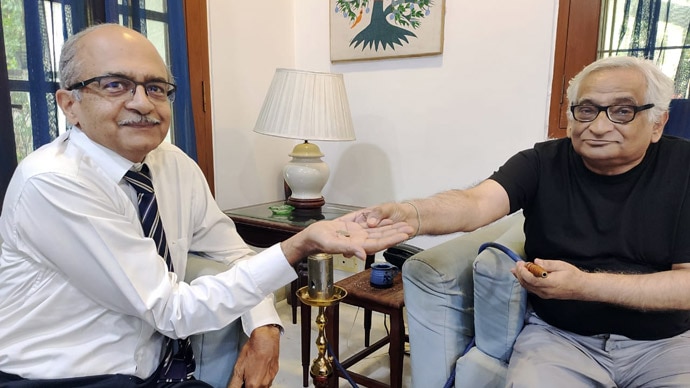 Prashant Bhushan being handed over Re 1 by advocate Rajiv Dhavan. (Photo: Twitter)

My lawyer & senior colleague Rajiv Dhavan contributed 1 Re immediately after the contempt judgement today which I gratefully accepted pic.twitter.com/vVXmzPe4ss

It is possible the SC kept the amount low because of the economic crisis facing the country. Even if Bhushan isn’t faced with it, the SC can’t discriminate between people and people.

Bhushan will pay the court in coin (not kind, which would mean a three-month jail). The Re 1 coin is pretty much the smallest value coin in circulation today. But when it was introduced on August 15, 1950, it was the highest denomination coin followed by half rupee, quarter rupee, two anna, one anna, half anna and one pice.

Before 1950, the coin had the British King’s portrait, which was replaced by the Lion Capital of the Ashoka Pillar on one side. The other side of the British era coin had a tiger. This was replaced by a corn sheaf. This symbolised a shift in focus to progress and prosperity. For many, the promised progress and prosperity are still only found in the symbols.

But where are the Re 1 notes that were first introduced in 1917? You may see them soon around you. Re 1 notes are the only notes printed by the Finance Ministry, while all other notes are printed by the Reserve Bank of India. Why do you not see them around? Because their publication found a mention in the Official Gazette only on February 7 this year.

The notes were introduced in 1917 because the colonial authorities could no longer mint coins because all kinds of metals were being used to make weapons during World War 1. Since then, the note has undergone over 28 modifications. The new one modified in February may have to wait a little longer to reach your wallet because the Nashik currency press has been shut for five days. And that is because 40 staffers of the press have tested positive for coronavirus.

You can’t pay what you don’t have. With millions having lost their jobs and economy not picking up, chances of loan defaults are high.

India's GDP has in fact shrunk by 23.9 per cent in the April-June quarter. The bad news looks worse when seen more closely as shown in the official statement of the Ministry of Statistics and Programme Implementation (MoSPI). It says, "GDP has shrunk from Rs 35.35 lakh crore in Q1 of 2019-20 to Rs 26.90 lakh crore in the first quarter of Q1 of 2020-21, showing a contraction of 23.9 per cent as compared to 5.2 per cent growth in Q1 2019-20." All sectors are in the red. The only sector in the green is agriculture.

In a bid to fix the economy, the government under Unlock 4.0 has asked states to not impose lockdowns randomly without special permission. Uttar Pradesh, with that special permission in hand, will continue to be under lockdown on weekends.

Union Health Minister Dr Harsh Vardhan has news that can bring some harsho ullas for many because Covid-19 will be under control by Diwali, which this year will be celebrated on Jawaharlal Nehru’s birthday, which is celebrated as Children’s Day every year. That's November 14, in case you're reaching for a calendar.

Talking of Children’s Day, Prime Minister Narendra Modi wants youths of India to make India aatmanirbhar in toy production. The youth immediately set up a ‘dislike factory’ which has since yesterday churned out over 6,00,000 dislikes for the PM’s Mann Ki Baat on YouTube. The youth believe Modi hasn’t bothered to address their mann ki baat, which sought a postponement of JEE and NEET exams, but has gone on to talk about dogs and toys. Never underestimate the power of a miffed youth. But just because a youth, or a whole bunch of youths, will get miffed doesn’t mean you give in to their demands. So, Modi isn’t postponing exams and Chennai Super Kings (CSK) boss N Srinivasan isn’t taking kindly to Suresh Raina’s (who recently got a personal letter from Modi) alleged ‘tantrums’.

Raina, who reached Dubai to play Indian Premiere League 2020, has since returned because he apparently felt claustrophobic in the balcony-less hotel room. His boss Srinivasan has said blamed success for Raina’s behaviour. “Sometimes success gets into your head,” Srinivasan is reported to have said. So blame the head, not success.

Raina, who resigned from international cricket the same day as MS Dhoni did, who did it on August 15, apparently wanted the room allotted to CSK captain Dhoni. All that you want is not all that you get. Raina, meanwhile, is back in India and, we guess, currently housed in a room with balcony. 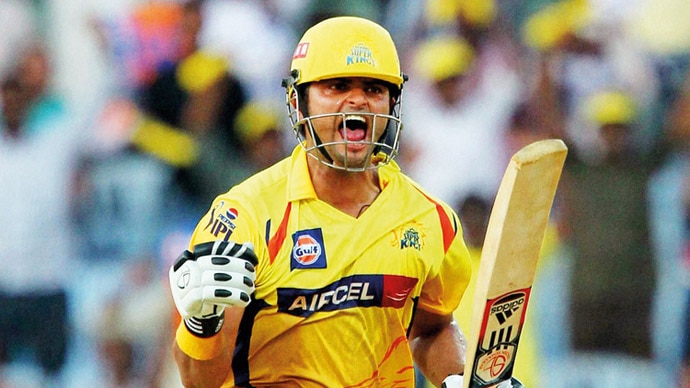 From Raina’s balcony, let’s take you to India-China border where tension has risen once again. China’s J-20 fighter jets have been operating close to the Indian territory in the past few days and its army has made a fresh infiltration bid.

The fresh infiltration bid from China has reportedly been foiled by Indian Army but the virus, which originated in China, has spread to over 36,00,000 people. Ok, over 27,00,000 have recovered but the country has close to 8,00,000 active cases.

To save yourself, you have no new way because when the old way is effective enough, why have a new one? The old way is to go the mask way. If you think it stops you from spreading smiles, try smizing, which is smiling through the eyes.

Smize, the Word Of The Day, could be your mantra for all days. And you can thank American model and TV host Tyra Banks for coining the term. What does smize mean? Smile with your eyes. Learn it from Tyra on how to do it when you meet people from behind the mask.

Sushant Singh Rajput could have unfortunately lost his smile long before the day he allegedly decided to call it quits from life. Chats exchanged between him and his sister Priyanka show, she was in the know of Sushant’s condition.

Contrary to the family’s claim that Rhea Chakraborty was giving him drug overdose, chats records show Priyanka was telling Sushant what medicine to take to deal with anxiety. Kahani mein twist ya twist mein kahani? We will know layer by layer.

One layer revealed today suggests that Rhea was present in the house with Sushant when Priyanka was prescribing drugs to him.

Why did the family then say they knew nothing about his problems?

That is for the CBI to find out.

Tomorrow, we will bring you what more the CBI has found.

Also Read: Why nudging access to justice will make Indians trust upholding of the rule of law