India must save its political iftar. Even Donald Trump hosted one

The event could have been a great opportunity to send out a message of inclusiveness.

By cancelling the annual iftar party at the Rashtrapati Bhavan, has President Ram Nath Kovind set an admirable precedent of separating religion from politics? Or, did he just serve the nation non-inclusiveness on a platter?

Ever since the President’s House announced Kovind’s decision of not holding the iftar party – a long-standing tradition – the move has been hotly debated. While many claim that Kovind, who has been a BJP member, has toed the party hardline by scrapping the celebration of a “Muslim” festival, others have pointed out that the President has made it very clear the Rashtrapati Bhavan will keep away from all religious celebrations. Indeed, Ashok Malik, press secretary to the President, tweeted: “After the President took office in July 2017, he directed Rashtrapati Bhavan being a public building there would be no religious observances at taxpayer expense.”

After the President took office in July 2017, he directed Rashtrapati Bhavan being a public building there would be no religious observances at taxpayer expense. This is in keeping with the principles of a secular state and applies to all festivities, irrespective of religion 1/3

President's Estate has religious institutions, such as a temple, a gurudwara and a masjid, erected by and for residents. On major festive occasions, the President does visit these to wish people. For example, he recently visited the masjid to mark the holy month of Ramzan 3/3

An admirable sentiment in itself. India is a secular state, and the state spending public money for religious events is something we can do without.

However, the classification of iftar as a purely religious event is not correct. Iftar is also a social ritual, a time to reach out, to meet people, share food and warmth. Something that the country is very much in need of.

Decisions cannot be seen in a vacuum, they have to be judged in their context. At a time when minorities in India are being made to feel increasingly alienated, when leaders in powerful positions have insisted that Muslims are not India’s true inhabitants but descendants of “foreign invaders”, when religious identities have become a threat or a licence to threaten, an iftar party at Rashtrapati Bhavan would have been much more than the observance of a religious ritual.

The event would have been affirmation by the Head of the Indian State that Muslims are, have always been, and are very much seen as, an integral and equal part of India. 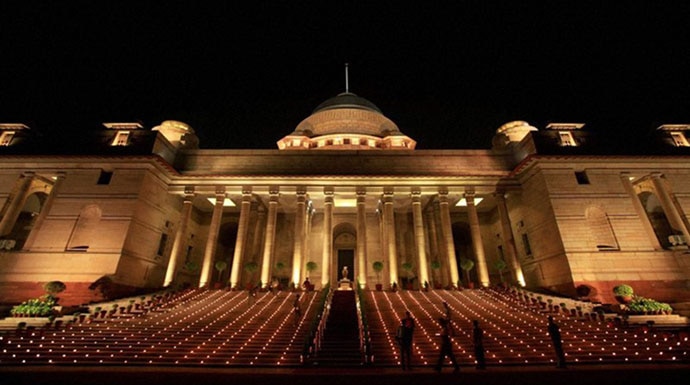 Truly secular? The President has made it clear the Rashtrapati Bhavan will keep away from all religious celebrations. Photo: PTI

The President of India is a non-partisan figure. He belongs to the nation, not to any political party. The party that is in power today, the BJP, and its, ideological parent, the RSS, have had a contentious relationship with India’s Muslim citizens; this has been manifest, among other things, in the Rashtrapati Bhavan iftar gatherings.

Till the last year, when former President Pranab Mukherjee would host the iftar party, Prime Minister Narendra Modi missed the events. In 2014, he left for a three-nation tour the same morning. In 2015, he was at a meeting with chief ministers from the north-eastern states. In 2016, he was being briefed by Home Minister Rajnath Singh on internal security matters.

However, till 2016, at least one Union minister had represented the government at these gatherings.

In 2017, not a single minister from the central government turned up for the party.

These incidents may be co-incidences – or, as critics point out, they could even be a boycott. The BJP does have an ideology it was born of and it has a core voter base to keep happy.

But the President is free of this baggage.

It was all the more incumbent on President Kovind to bridge the gap that politics seems to be creating, to provide a healing touch to the polarised atmosphere in the country. 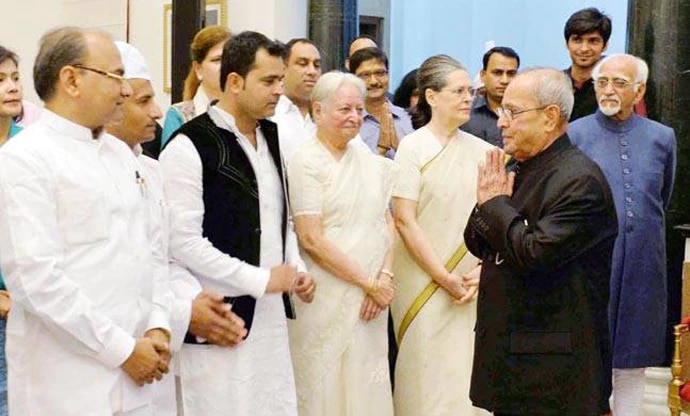 Conspicuous by absence: In 2017, not a single minister from the central government turned up for the iftar party hosted by then-president Pranab Mukherjee.

And while the logic of keeping a secular state away from religious functions is admirable, the fact remains that Rashtrapati Bhavan was lit up for Diwali after Kovind took over, but the tradition of singing carols for Christmas was discontinued.

Kovind is not the first President to discontinue the iftar parties. APJ Abdul Kalam, arguably one of India’s most popular Presidents, would not host them either. However, the difference is that Kalam acknowledged the occasion – he would donate the funds meant for the party to an orphanage.

In another reversal of iftar tradition, US president Donald Trump hosted an iftar party on June 6, something he refused to do last year. However, this time, even as many Muslim organisations decided to boycott Trump’s party and held an iftar of their own opposite the White House while the presidential event was in progress, the US president managed to make some graceful statements: “Only by working together can we achieve a future of security and prosperity for all,” he said, “For this reason, I was proud to make my first foreign trip as President to the heart of the Muslim world, where I addressed an assembly of more than 50 leaders of Muslim-majority countries. That was something.”

When Trump, with his openly anti-Muslim rhetoric and his travel ban policies, can recognise and acknowledge the need for “working together”, our President too could have made a similar gesture. A small gathering could have gone a long way.

#Secularism, #Iftar party, #Rashtrapati Bhavan, #President ram nath kovind
The views and opinions expressed in this article are those of the authors and do not necessarily reflect the official policy or position of DailyO.in or the India Today Group. The writers are solely responsible for any claims arising out of the contents of this article.