Trump administration passing a law for preventing animal cruelty while watering down the US Endangered Species Act is downright hypocrisy.

US President Donald Trump gave American animal lovers an advance Thanksgiving gift this year. Trump signed a new law that makes cruelty to animals a federal crime that could attract a penalty of seven years imprisonment and/or a heavy fine..

The Preventing Animal Cruelty and Torture (PACT) Act was signed on November 25, 2019, and bans the intentional crushing, burning, drowning, suffocating, impalement or other serious harm to "living non-human mammals, birds, reptiles, or amphibians."

Animal rights advocates across the US have welcomed the passage of the first such national law. Marty Irby, executive director of Animal Wellness Action, a Washington, D.C.-based nonprofit, issued a statement saying, “We’re thrilled to see the first anti-cruelty statute in American history signed into law and applaud President Trump and the Congress for providing the voiceless with a level of protection never seen before. The PACT Act will allow federal authorities to crack down on the most egregious of animal abusers and help keep American pets safe from harm.”

The operative word is "pets", and this is where the hypocrisy of the Trump administration comes into glaring focus.

Barely months ago, on August 12, 2019, the US Fish and Wildlife Service (FWS) and the National Marine Fisheries Service (NMFS) finalised some changes to the US Endangered Species Act (ESA). The ESA is America’s oldest environmental law and was considered to be among the most effective until the changes were effected in less than a month after being finalised. The amendments were not at all favourable to the environment and were ostensibly proposed under the aegis of President Trump. The biggest change made was that the federal government will henceforth take economic cost into account before protecting a struggling species. For the first time, regulators would be allowed to conduct economic assessments. This would be to estimate lost revenue from a prohibition on logging in a critical habitat when deciding whether a species warrants protection. Further, the new rules make it easier to remove a species from the ‘Endangered’ list and weaken protections by removing the automatic blanket protection that was earlier accorded for species listed ‘Threatened’. Earlier, the ‘Threatened’ species were accorded the same protection as those listed as ‘Endangered’ species. However, now, the merits of according such protection will be decided on a case-by-case basis.

Clearly, President Trump does not think as much of wildlife welfare as he considers protecting the rights of pet animals.

The revised rules will clear the way for new mining and development activities in areas where protected species live. This will effectively block the consideration of the impact on wildlife from climate change, which is a major and growing threat to many species. In the light of the UN report released in May 2019, that had warned that more than 1 million plants and animals around the world are facing extinction due to anthropogenic reasons, this decision by the Trump administration seals the deal. It expedites the process — that shall eventually wipe out life forms from the face of the planet — at record speed.

Don't get me wrong. As an animal lover, I am all for the PACT Act. However, the hypocrisy strikes me in the face when it comes to looking at the larger picture of wildlife conservation. This is almost like Trump is saying that the only animals that deserve to live are the ones raised as pets. The ones in the wild can be doomed for eternity for all he cares. 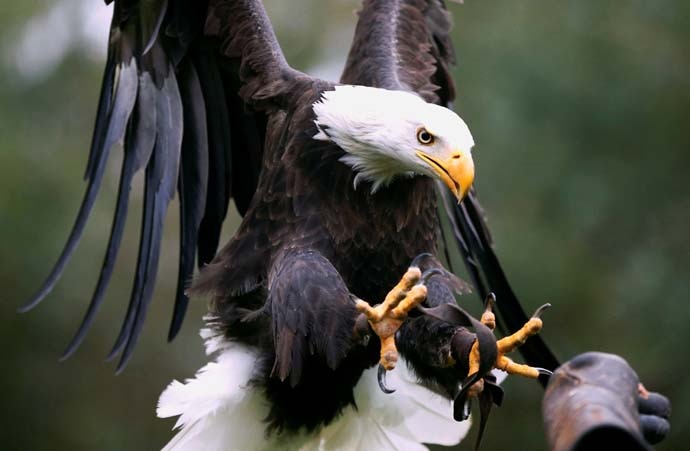 The Endangered Species Act has been credited with rescuing the bald eagle, that is the symbol of America, from extinction. (Photo: Reuters)

In an interview to Down To Earth after the changes to ESA were announced, Randy Serraglio, Southwest Conservation Advocate for the Center for Biological Diversity, Tucson, Arizona said, “Gutting the Endangered Species Act in the face of the global mass extinction crisis that we’re facing will condemn hundreds of plants and animals to extinction.”

The amendments to the ESA will make it harder for declining species to get the protection they need urgently. Are we going to deny the species protection and favour rights of individual animals at the same time? Is that not being penny wise and pound foolish?