Will open prisons become a reality in India?

Is India, where justice comes faster than death and jails are forever crowded, ready for open prisons across its 600 districts? The country seems to be making slow but steady progress towards that end. 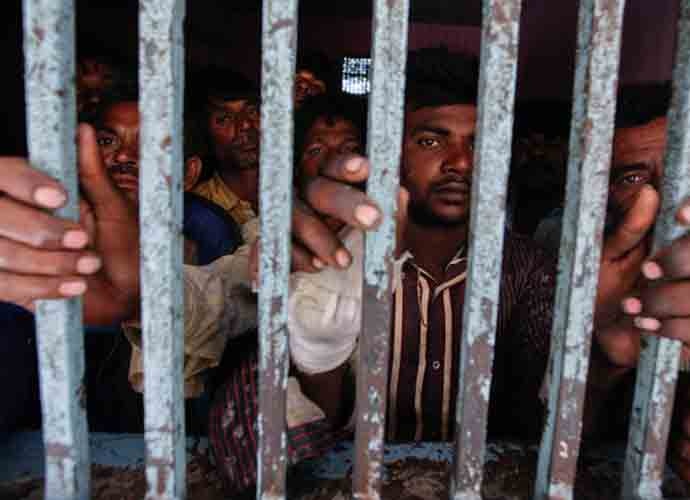 In a hearing the past week, the Supreme Court has followed up the matter with a transparently positive intent, seeking to enforce the rights of women and children in Indian prisons. It had earlier asked all the states to study the recommendations made by Smita Chakraburtty, an independent criminologist and researcher on prison systems in India, and file their responses within four weeks to the Union Ministry of Home Affairs (MHA) on the matter.

The MHA was asked to hold a conference with the director generals of prisons of all the states in the country in the first week of February.

The Supreme Court had also asked all state governments to submit their responses regarding the possibility of setting up open prisons in their respective states.

Chakraburtty's exemplary and meticulous work has been recognised by the judiciary with utmost seriousness. She had earlier interviewed 428 prisoners in 15 open prisons of Rajasthan after travelling across the state for seven months. She had also interviewed 30,000 prisoners in 58 prisons of Bihar, studying jail conditions, apart from prisons in other states. She was invited by the apex court to the national conference of prison director generals as a speaker who would explain the tangible and positive dimensions of having open prisons.

Given her path-breaking work, she was appointed honorary prison commissioner to study the Open Prison System by the Rajasthan State Legal Services Authority (RSLSA). She has suggested setting up of a minimum of two open prisons in each of the 600 districts in India. If the states agree, then India has the possibility of having a completely different prison system in the world.

Justice KS Jhaveri, executive chairman of the Rajasthan State Legal Services Authority and the second senior-most judge in the Rajasthan High Court, endorsed her report submitted in November 2017. The report was published and brought to the public domain on November 20 - National Law Day. The chief justice of Rajasthan launched the report.

The RSLSA has forwarded the report to all DG-prisons of all the states requesting perusal of the recommendations made in the report and considering its implementation across the country. The Supreme Court has given favourable observations regarding the report.

So what are the crucial recommendations of the path-breaking Chakraburtty report?

1) Each of 600 districts in India should have a minimum of two open prisons.

2) Open prisons cut down the cost of the closed prison system by more than 70 per cent.

3) Cost per prisoner in Jaipur Central Jail's closed prison is Rs 7, 094 per month.

5) Open prisons require only one staff per 80 prisoners.

6) Pregnant women, women with no support system, women with children, or disability, can live a healthy and productive life in open prisons.

7) Open prisons can be made anywhere, even next to the boundary walls of the closed prisons. Multi-storied housing complexes can be constructed in a limited space. Even in villages and forest areas, modest clay huts can be constructed and prisoners can do agricultural work or create small scale alternative craft sectors. 8) Open prisons are based on trust. Prisoners leave for work in the morning and come back in the evening. They live with their families. If they default or indulge in crime or violence inside or outside the prison, they will be sent back to the closed prison. Hence, they choose to not break the law.

9) Among the several success stories in Rajasthan, the Sanganer Open Prison close to Jaipur has been an unprecedented accomplishment. There has reportedly been no instance of any violation of law till date. Even Tihar Jail in Delhi has started an open prison which has been a resounding success. There are plans to open a petrol pump run by prisoners in Delhi. DG-prisons in Sanganer and Delhi have played a highly positive and proactive role in backing the idea of open prisons. The idea has been so successful that when the terms of some prisoners ended in Sanganer, they refused to leave the open prison, and only did so after being persuaded. The 29 open prisons in Rajasthan have been symbols of human dignity and responsibility over the years. That is why the Rajasthan High Court has taken serious and positive cognisance of the recommendations by Chakraburtty.

So what about hardened criminals, or serial murderers? How can society feel safe and protected if they are allowed to live in open prisons?

Open prisons should be inclusive spaces for reform for first time offenders, those who have done petty crimes, accidental offenders, including undertrials. They are given the option after a record of good conduct in closed prisons. In the Sanganer Open Prison, those accused of murder too are living and earning a livelihood, peacefully, while sharing collective spaces with other families. Some of them are even employed as security guards, implying that they have been accepted by the mainstream society for their record of good conduct.

Indeed, unlike Scandinavian countries which have created humane and dignified spaces of creative and productive reforms for prisoners, India still has a long way to go when it comes to providing a non-discriminatory, healthy and sensitive space for reform in our over-crowded prisons, where scores of poor undertrials, including women, can't even seek bail or legal remedies. Often they are condemned behind prison walls eternally, exiled and forgotten by the society, including their families and relatives. In that context, the positive response of the apex court, the Rajasthan High Court, the MHA, and prison officials, for the creation of a parallel world of prison reforms, is landmark.

Surely, India is ready for radical and humane prison reforms, including open prisons. The wheels of change are moving. And that is good news.