Priyanka Chopra-Nick Jonas wedding: What we know so far

From the cost of the palace to the gifts our bride has her eyes on — we know everything, except the exact date.

The show must go on.

Just because the frenzy over the Ranveer-Deepika wedding is about to die down, it doesn’t mean that the show will be disrupted.

There’s already too much information floating around about Priyanka Chopra and Nick Jonas' wedding, which, according to reports and insiders, is scheduled to take place anytime between November 30 and December 3.

The exact date is still not known though.

Can you believe this!

We are also not too sure about whether these two will follow the footsteps of DeepVeer and put stickers on the cameras of the guests, and on the imagination of their fans, but there will be a memorable fight between the Indian media and the foreign media. So, the desi girl, who debunked the myth that every stunning Bollywood wedding has to be ‘#deathbybeauty’ in Italy by choosing Jodhpur’s Umaid Bhawan Palace, has partnered with Amazon for her $14,000 wedding registry, so that she does not end up getting some casserole set that she has to wait for Parineeti’s wedding to get rid of!

The gift list is huge and detailed — a Riedel wine decanter, a Jonathan Adler throw pillow, Dorotea dinner plates, a Crosley record player, a Blueberry pet dog bed and collar, an Ellie Dog Wear rain jacket, a pair of rollerblades, a Keiser stationary bike, AmazonBasics dumbbells, Vitamix blender, a sleep mask with 'wifey' written on it, among other delectable things. 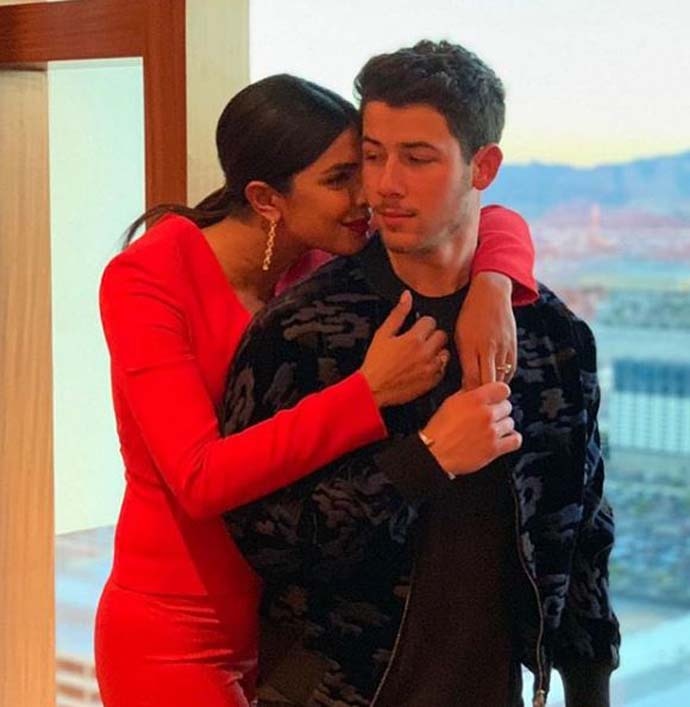 What PC already has. No, we didn't mean Nick. Look at the ring which apparently costs Rs 2.1 crore. (Photo: Instagram)

Now before your Indian-ness prompts you to compare Nick-Priyanka with DeepVeer, the latter making it clear that they won’t accept any gifts, everything will go to charity — Amazon is reportedly making a $100,000 donation to Unicef as part of the registry thing.

What else do we know?

We calculated that the Jodhpur palace might have cost the couple Rs 43 lakh. After her wedding, Priyanka is also supposed to perform at Isha Ambani’s pre-wedding function, which is going to be held before December 12 in Jodhpur — this might be the first performance of Priyanka after her wedding.

After all this information, if we don’t get the perfect photo of the ceremony, it could spoil the party. Enough photos of Umaid Bhawan to spur on our imaginations. (Photo: Taj Hotels)

Here’s a quick guide, if there’s no photo from the wedding:

Thus, we ace our game.

One wedding at a time.