Unfinished is the Priyanka Chopra Fairy Tale with its villains

The audio version of Unfinished has Priyanka Chopra recapturing her journey in her own voice.

She came, she saw, she conquered... and now she rules. All lives have their tales, but Priyanka Chopra’s life has been a fairy tale - an inspiring one at that. From Bareilly to Mumbai, to a sprawling mansion in Los Angeles offering a stunning valley view, PC’s life is shaped by the stuff dreams are made of. Her life story is also a reassurance that if you can dream it, you can have it. Unfinished: A Memoir is a guide to how we can have it if we believe we can have it. 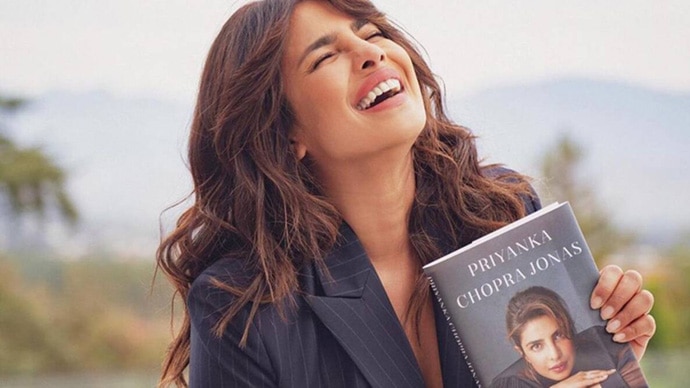 The book’s audio version has Priyanka recapturing her journey in her own voice. A journey that began in Uttar Pradesh’s Bareilly with parents who believed in treating children as individuals. The story is populated by mausa-mausis, chacha-chachis, buas and fufuas and cousins – loads of cousins. The extended family is a constant - from pulling out Priyanka’s first boyfriend hiding in her closet to giving her homes away from home in foreign land. She lives a reckless teenage worried about looks and the size of her skirts till she enters the Miss India pageant. Priyanka may not have really entered the pageant and taken it by storm if not for her brother Siddharth. Siddharth convinces Madhu Chopra, Priyanka’s mother, that the elder sister must try her luck at the Miss India pageant because ‘she has the looks and she has the height’ and not because of a particular fancy he had taken to beauty pageants, but because a young Siddharth wanted a room for himself. His best shot at having it was somehow getting Priyanka to be a part of something that would have her leave the house and room to him.

The biggest of things in lives are sometimes just the things we make no plans for. When PC gets the invite to participate in the competition happening in Delhi, she thinks she made a mark by participating in a local beauty contest. How she landed at the contest is now inconsequential (even though no story is truly inconsequential). That year Lara Dutta finished in the first spot, becoming Miss India 2000, Priyanka emerged as the first runner-up and Dia Mirza stood out as the second runner-up. From the Miss India pageant, to the global contests, the book details all the polishing and shining contestants go through.

All three Indian contestants went on to win the international beauty pageants in their respective categories that year but Priyanka’s story stands out so many years later. This fairy tale had its share of encounters with villains too. People who made it impossible for a teenage Priyanka to stay back in the US and complete her studies because racist taunts and jibes just won’t stop. Putting all of that behind, she won the Miss World crown and life turned into a whirlwind of modelling and movie assignments. She made a mark as a singer and is now a global star, one many Indian bigwigs want to be. Whatever they say about a beauty pageant’s shelf life, did not apply to Priyanka. In personal life too, she shattered age stereotypes marrying a man born 10 summers after her. The book is thus suitably titled Unfinished. PC’s journey is on. Unfinished: A Memoir, Penguin, 8 hour 29 minutes listen-in. The audio version of the book is available on Audible.

Her story, however, skips the part of her rumoured relationships in the Hindi film industry. Priyanka neither confirms nor denies them because she doesn’t deal with them in the book. She, in fact, offers a few lessons on how to have a good, solid relationship with the self to ensure a healthy one with someone else.

Just when she figures out the road to a healthy relationship, Nick Jonas presents himself in her life - ticking all the boxes she had made by then – not just proverbially, but really. Priyanka’s description of her dates and days with Nick sound like a breeze. Those with an elevated sense of relationship sensitivity may even smell the scent of this breeze as Priyanka reads out her story. It all sounds incredible.

The sound here is important. When one reads, the characters of a book come to have their own sounds in the reader’s imagination. They have their own looks. We imagine the places through the descriptions of the author. An audio book restricts a reader’s imagination. There is more focus on not missing the lines being read out. One can always rewind but it is not as easy or half as smooth as re-reading a sentence. The audio book also guides the pace. Unfinished is an 8-hour-29-minute listen-in, which is, if you listen to the acknowledgments and other credits too. For those who don’t read or those who can’t because they spend long hours on the move, audio books could be the go-to choice.

Sometimes, however, the story can be compelling enough to make the mode of communication immaterial. For many in India and now across the globe, Priyanka’s Unfinished story is that story.

Also Read: Meera vs Meera, in search of the real Meera

#Miss World, #Book Review, #Unfinished, #Priyankachopra
The views and opinions expressed in this article are those of the authors and do not necessarily reflect the official policy or position of DailyO.in or the India Today Group. The writers are solely responsible for any claims arising out of the contents of this article.