He told the Muslims that they must under no circumstances accept being 'either oppressors or oppressed'.

As you read these lines, 1.6 billion Muslims will be paying homage to the Prophet Muhammad on his birthday.

Muslims use the occasion to reflect on his last sermon and rededicate themselves to the message which was delivered at the end of his final pilgrimage to Mecca and shortly before his death. It is considered the Prophet’s will to his companions and long-lasting universal message and teaching to his community.

In the sermon, Muslims find their deep commitment to universal human values such as sacredness of life and property, equality, justice, peace and more. Upon these high universal values, the religion of Islam was built.

On the ninth day of Dhu al-Hijjah in the tenth year of hijrah, 632 AC, the Prophet addressed 1,44,000 pilgrims on the Mount of Mercy (Jabal ar-Rahmah) in the Uranah valley of Mount Arafat in Mecca. He spoke in short portions, and men around him repeated his words so that everyone throughout the valley could hear his speech.

His words were quite clear and concise and were directed to the entire humanity.

The content of the message was powerful and intense, and the Prophet began by stating that he did not know whether he would meet the pilgrims again "in this place after this year". Then he reminded them of the sacred character of the place and month, as well as of that of their lives, their honour, and their belongings.

He explained that the period of ignorance had come to an end, and so had its practises, its rivalries, and its conflicts based on power and profit. Henceforth, all Muslims were united by faith, fraternity and love, which were to transform them into witnesses of Islam’s message.

They must under no circumstances accept being "either oppressors or oppressed". They were to learn of the equality of all people in front of God and the necessary humility because, he said: “You all descend from Adam and Adam was created from dirt. The most noble in the sight of God is the most pious. No Arab is superior to a non-Arab, except by their intimate consciousness of God [piety].”

The Prophet reminded all Muslims to treat their wives gently and added: “Be intimately conscious of God as regards women, and strive to be good to them.”

Then he added, as if to show the Way and its conditions to all the faithful present and all those who were to follow his teachings through the ages: “I have left among you what will, if you keep to it firmly, preserve you from error: clear guidance, the Book of God and His Prophet’s tradition.”

After each teaching that he reminded them of, the Prophet added: "Have I conveyed the Message? O God, be my witness!” 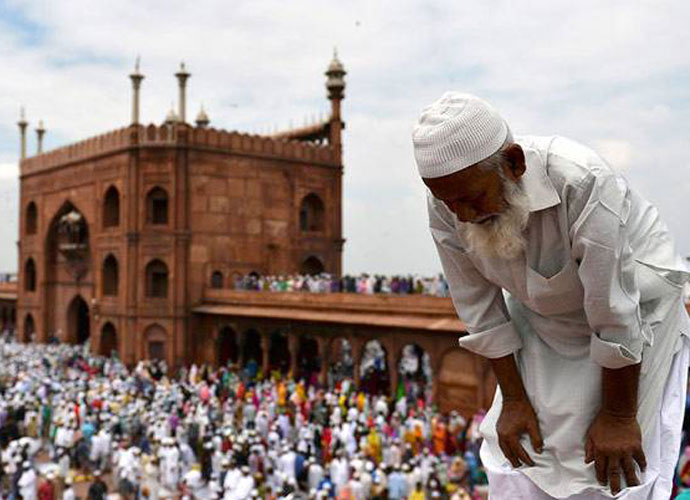 The Prophet reminded all Muslims to treat their wives gently. (Photo: India Today)

Then the Prophet concluded: “O God, be my witness! …. And let whoever is present convey this message to whoever is absent.”

A few hours later, the Prophet received the sudden revelation of the verse that confirmed that his mission was nearing its end:

The revelation came down: "…This day have I perfected your religion for you, completed My Grace upon you, and have chosen Islam for you as your religion…" (Quran 5:3)

The last cycle of prophethood was drawing to its close, and the Messenger was to return to the place of his election, his home beyond this life, in proximity to the One.

Peace and blessings be upon Prophet Muhammad and upon all prophets who came before him.

We still have so much to learn from this 1,400-plus-year-old cry and we are so much in need of this message of Prophet Muhammad in our broken time, where we continue to struggle with almost identical issues in our global human community.

We need to go back to these core teachings and examples of Islam and similarly strive for achieving an ethical and moral society, wherever we live, where no one inflicts nor suffers inequity, unfairness and injustice.

Here is his sermon.

After praising, and thanking Allah, he said:

“O People, listen well to my words, for I do not know whether, after this year, I shall ever be among you again. Therefore, listen to what I am saying to you very carefully and take these words to those who could not be present here today.

O People, just as you regard this month, this day, this city as Sacred, so regard the life and property of every Muslim as a sacred trust. Return the goods entrusted to you to their rightful owners. Treat others justly so that no one would be unjust to you. Remember that you will indeed meet your LORD, and that HE will indeed reckon your deeds. God has forbidden you to take usury (riba), therefore all riba obligation shall henceforth be waived. Your capital, however, is yours to keep. You will neither inflict nor suffer inequity. God has judged that there shall be no riba and that all the riba due to `Abbas ibn `Abd al Muttalib shall henceforth be waived.

Every right arising out of homicide and blood-killing in pre-Islamic days is henceforth waived and the first such right that I waive is that arising from the murder of Rabi`ah ibn al Harith ibn `Abd al Muttalib.

O people, the Unbelievers indulge in tampering with the calendar in order to make permissible that which God forbade, and to forbid that which God has made permissible. With God the months are 12 in number. Four of them are sacred, three of these are successive and one occurs singly between the months of Jumada and Sha`ban. Beware of the devil, for the safety of your religion. He has lost all hope that he will ever be able to lead you astray in big things, so beware of following him in small things.

O People, it is true that you have certain rights over your women, but they also have rights over you. Remember that you have taken them as your wives only under God’s trust and with His permission. If they abide by your right then to them belongs the right to be fed and clothed in kindness. Treat your women well and be kind to them, for they are your partners and committed helpers. It is your right and they do not make friends with anyone of whom you do not approve, as well as never to be unchaste...

O People, listen to me in earnest, worship God (The One Creator of the Universe), perform your five daily prayers (Salah), fast during the month of Ramadan, and give your financial obligation (zakah) of your wealth. Perform Hajj if you can afford to.

Remember, one day you will appear before God (The Creator) and you will answer for your deeds. So beware, do not stray from the path of righteousness after I am gone.

O People, no prophet or messenger will come after me and no new faith will be born. Reason well, therefore, O People, and understand words, which I convey to you. I am leaving you with the Book of God (the Quran) and my Sunnah (the lifestyle and behavioural mode of the Prophet). If you follow them, you will never go astray.

#Islam, #Prophet Muhammad
The views and opinions expressed in this article are those of the authors and do not necessarily reflect the official policy or position of DailyO.in or the India Today Group. The writers are solely responsible for any claims arising out of the contents of this article.